The latest breeding sheep sales over the bank holiday weekend have continued to show buyer caution and smaller lambs, with average back significantly on the year.

Thame sheep fair saw £8-£20 a head back on the year and now Bentham and Stirling (United Auctions) have followed suit.

Texel-cross gimmers and Suffolk-cross gimmers were back the most, while accredited Scotch Mule gimmers averaged £141.73, only slipping back 7p a head on the year.

Crossbred continental shearlings were back £9.86 to average £126.12 for what was reported as a strong entry.

Trade topped at £270 with a pen from Harry Carter, Ellel, followed by a pen of ten from TJ Jackson, Whittington, hitting £235. 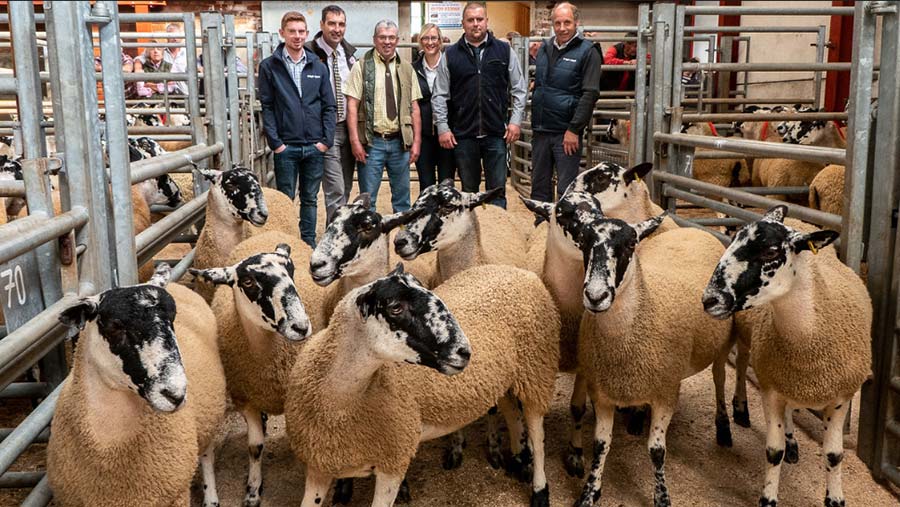 A larger turnout of breeding sheep across all classes and the fact that a lot of entries were smaller meant averages slipped back over £20 on the phenomenal 2017 sale at Longtown’s annual Cheviot mule sale on 28 August.

Headline prices from R McNee, Over Finlarg, matched last year’s record price of £210 from the McNees.

The Championship went to Mr Hedley, Townfoot, who saw a £160 bid

The ewe lamb championship pen, as judged by WR Williams, Ty-Hen, Gwynedd, went to PW Hedley, Swinside, Jedburgh, which was sold for £160, while the shearling championship pen from Archbank Farming Company, Moffatt, sold to Messrs Parkin, Maryport, for £185.