Diane Christie’s Lornbrook Charollais flock continued its successful run at the Balmoral Show this week when her ram, Picture Perfect, from Comber, County Down, pipped a Texel ram to take the flock’s fifth interbreed title.

In his first ever showing at Balmoral, Picture Perfect became the fifth sheep from Mrs Christie’s flock to take the interbreed title. 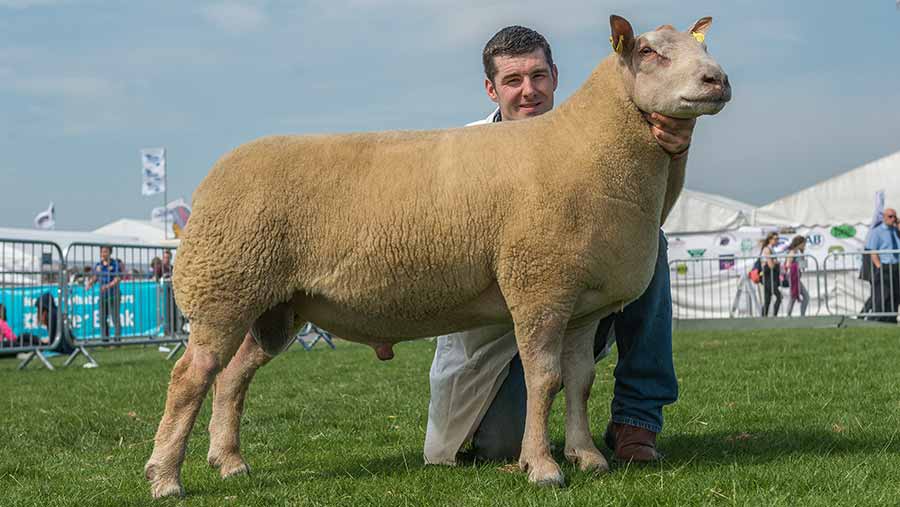 He is sired by Lornbrook Nutcracker – the only Charollais to win breed champion at both the Balmoral and Royal Highland shows.

He now joins a list of 15 other Balmoral winners from the flock.

Handler Trevor Bell said he was “more than happy” with the result, adding: “I am not sure if we’ll be taking him anywhere else.” 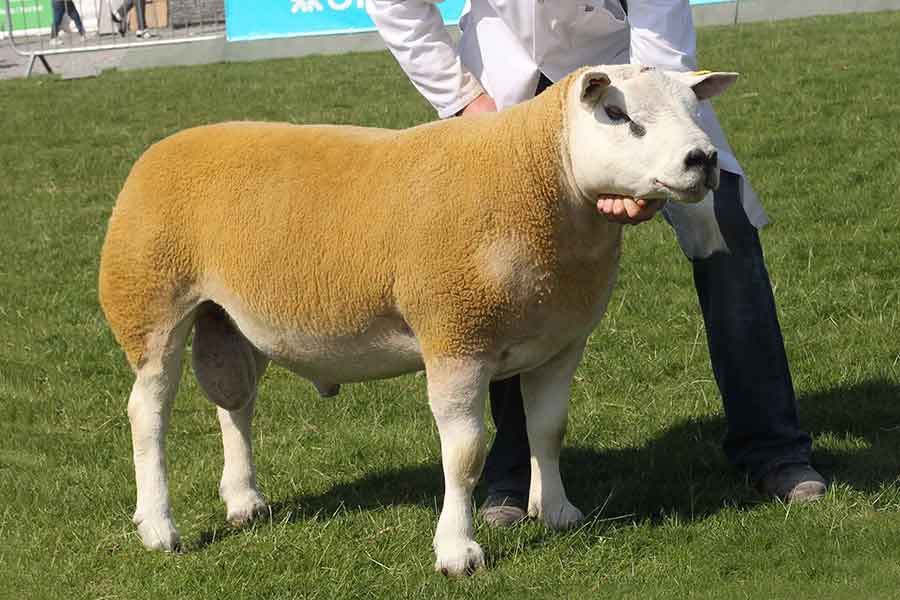 Voltage, which also made his debut at Balmoral, is sired by Oberstown Usain Bolt and out of the unnamed 2013 Balmoral Show Texel breed champion.

Commenting on his pick, judge Walter Wyllie, who runs a flock of 1,100 Texels and 500 Blackfaces at Atholl Estates, Pitlochry, Highlands, said: “The Charollais was the best-balanced sheep throughout and caught my eye straightaway.