A strong and consistent trade saw averages lift considerably on the year at Chelford’s winter sale of pedigree Texel and Beltex females on Saturday (7 January).

Trade was topped by the Sportsmans flock of Boden and Davies, Mellor, Stockport, which saw the top two prices for Texels on the day.

First, at 5,000gns, was the champion, a daughter of home-bred ewe Milnbank Special One carrying twins to Strathbogie Whiplash. 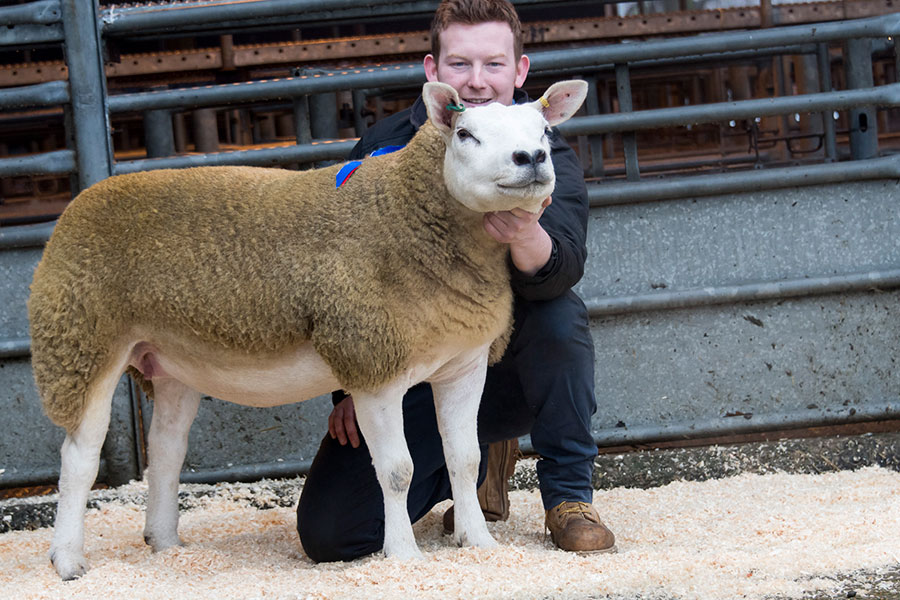 The sale leader was knocked down to the Morrison family, Girvan, Ayrshire, and was the pick of a high-quality pen of in-lamb gimmers sired by the 145,000gns Knap Vicious Sid.

Overall, trade levelled higher on the year and was up £293.96 for in-lamb Texel shearlings, with Beltex shearlings over £186 dearer this year.

The only class down on the year was Beltex ewe lambs, which levelled at £683.22.

The Sportmans flock was again in the money with an embryo-transfer sister sired by Whiplash, which attracted a winning call of 3,700gns from Mrs P Castle, Washingley, Peterborough. 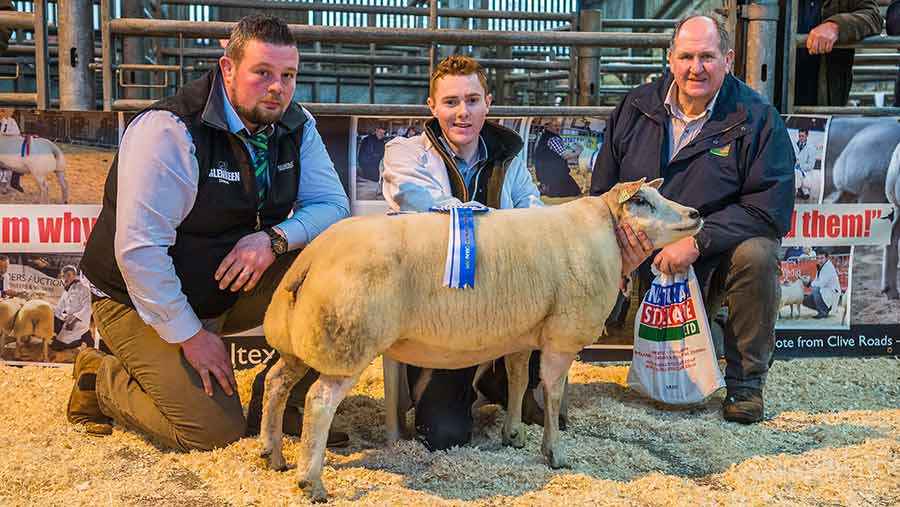 Next best at 2,600gns was the Bradley flock of Robert and Ryan Bradley, Salterforth, Barnoldswick, with a gimmer by Tophill Union Jack out of home-bred ewe Anglezarke Uno and in-lamb to Bryn-y-Coed Yogi Bear went home to Anglesey with Richard Hughes.

Trade then hit 2,400gns for the Ettrick flock of Gordon and David Gray, Lindean, Selkirk, for an Ettrick Sir Alan-sired gimmer out of a ewe by Glenside Razzle Fazzle and carrying lambs to Hallrig-Y-Not.

Next at 2,000gns was another Embryo Transfer sister to the sale leader from the Sportsmans flock, this time carrying twins to Knock Will.I.Am, heading to Chris Asher, Railford, Derby.

The Stainton flock of Peter and Rosie Woof, Stainton, Kendal, were next in the money with winning bids at 1,900gns and 1,800gns.

A Sportsmans Tremendous daughter out of a ewe by Stainton Ricochet, and in-lamb to Hexel Wildcard, caught the eye of G Morrison, Banff, Aberdeen for 1,900gns.

The same bidder then snapped up the day’s reserve champion for 1,800gns.

This time for an Anglezarke Uno daughter.

A “lively” Beltex trade surpassed vendor expectations and was topped by Stuart Wood’s Woodies flock, Skene, Aberdeen, at 1,700gns for an imported gimmer, which stood reserve champion on the day.

Sold in-lamb to The Lad, the prize winner was another to catch the eye of Richard Hughes, Anglesey.

Next best and again from the Woodies flock was a home-bred gimmer by Todhall Sumo for 1,600gns. She carries twins to Double O’Seven and knocked down to A Wood, Preston.

At 1,500gns was the day’s champion from the Morton flock of Andrew Morton, Denny, Stirlingshire.

This lot was by Mortons Wi-Fi, out of a ewe by Thingymajig, in-lamb to Beachy Norman and went home with G Carroll, Huntly, Aberdeen.

Ewes topped at 1,050gns with the best from the Wilodge flock pen of Paul Tippets and Christine Williams, Shifnal, Shropshire, and bought by Geraint Williams, Lampeter, Ceredigion.