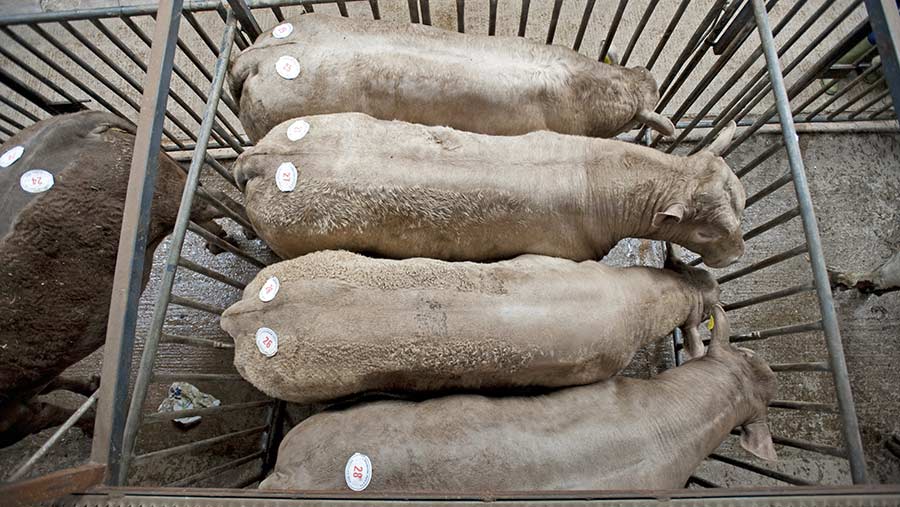 Store cattle prices are back on 2018 levels but not fully reflective of the depressed prime market, levy board data suggests.

Average prices for continental store animals have been 4.5-6.9% back on the year from the first eight months of 2019 (see table), according to AHDB figures for England and Wales.

However, prime cattle prices, which plateaued in August, have run at a greater discount, back 8-10% on the year.

Store cattle trade has strengthened through August at Frome market, where Trevor Rowland and his team saw one of the better sales of the year last week (30 August).

He said that dairy-cross cattle had been a bit more variable of late and that a bigger difference could be seen between good cattle and the rest.

Friesian steers at 14 months had made £550, while Holstein steers had been making about £450, Mr Rowland reported.

He suggested that forward stores were being discounted the most but added: “Demand is good for all cattle. Perhaps people are trying to buy them now before the market lifts.”

This was closely followed by a Limousin steer the same age at £1,140, as a “pleasing show” of cattle made a solid trade, although second choice, out-of-spec cattle were slightly harder to place.

He said good suckler-bred Limousin-type bullocks were making up to £1,105 at 18 months old and the better dairy-cross steers at 8-10 months were hitting £650 and more.

Looking ahead, he said weekly throughputs were expected to build to 400-600-head through September and October.