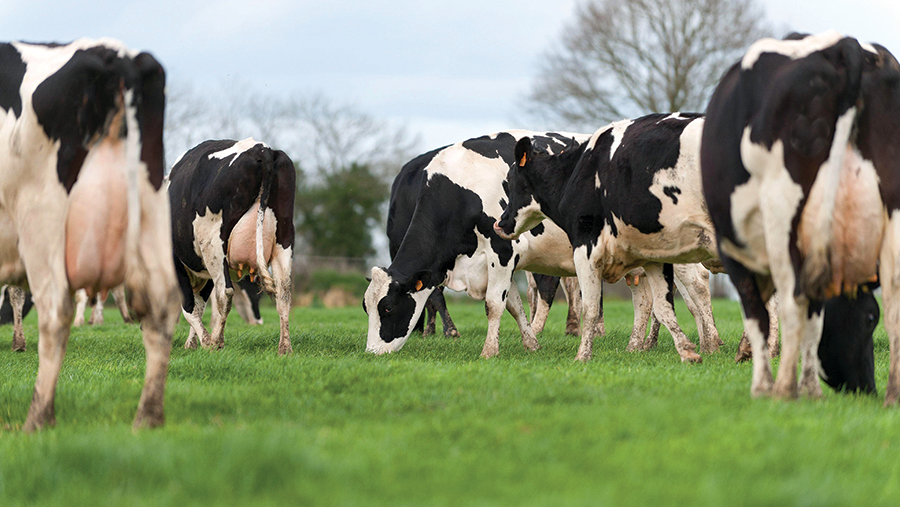 A range of coronavirus-related factors have dampened milker prices in the past fortnight as auctioneers work hard to sell cattle farm-to-farm and over the phone.

Milk price cuts, cash flow concerns, falling cull cow prices, rising feed prices and a lack of live auction mart competition are all factors that have limited some buyers to £1,700-£1,800 for fresh heifers.

Price support, on the other hand, is coming from a scarcity of imported cattle, dispersal postponements and the continued demand from flying herds and herds with bTB licences.

Gisburn Auction Mart dairy auctioneer Fred Spurgeon said he was travelling across the north-west of England doing his best to match cattle to buyers.

He sold 90 cows farm-to-farm from a dispersal last week and 25 other lots, although he said the loss of a live ring was proving extremely challenging.

He said the £30 commission was not stacking up with the extra costs and the past couple of weeks had been the hardest he’d known in the profession.

“It’s difficult to establish a price with no competition,” said Mr Spurgeon. “Fortunately, April and early May is our quietest time.”

Trade has ‘found a level’, according to Derek Biss of Greenslade Taylor Hunt, who saw a flying trade at Sedgemoor’s last collective sale which saw 83 top at £2,140, with first-quality heifers averaging £1,831, second-quality types selling for £1,000-£1,740.

“There was panic buying that day and a good show, which helped prices,” said Mr Biss.

Selling 80 cattle takes 90 minutes in a sale ring, but was now taking several days, he added.

He said that with 12-15 vendors and buyers resepctively and plenty of space around the ring at Sedgemoor, the government was wrong to stop regular dairy sales.

“I’m doing about 1,000 miles a week – we could quite easily have carried on with collective sales at marts – it’s a real shame”.

Harrison and Hetherington’s senior dairy auctioneer Glyn Lucas has said trade has held up relatively well so far and he is very busy co-ordinating farm-to-farm trading.

He said there have been big milk price cuts, but some farms have seen recent rises. “It exposes just how dysfunctional the milk marketing system has become over the past 20 or 30 years,” he said.