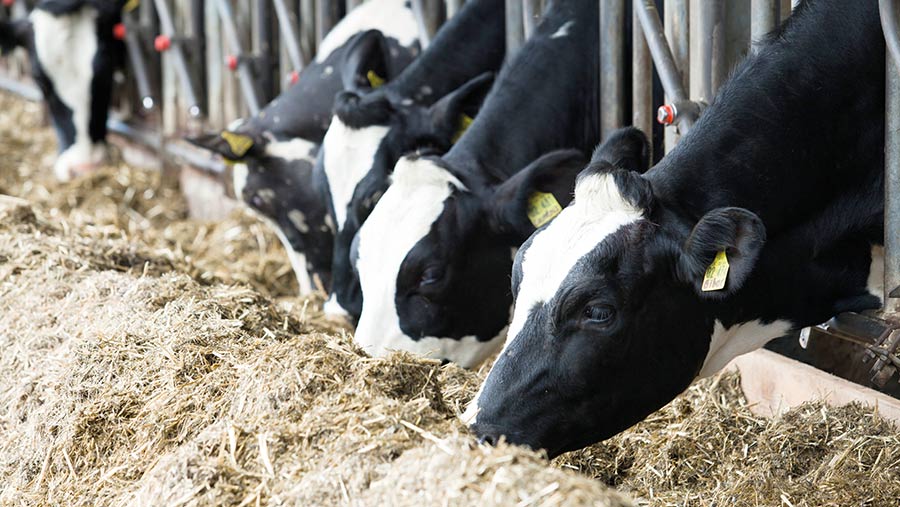 A milk price “reset” and tremendous beef mince demand have heated milker trade this spring as youngstock prices have been left in the cold.

But youngstock prices have been hit by costs, with some markets advising farmers against bringing young heifers to market until they are at least bulling age. Many heifers five to six months from bulling have been around the £600 mark, only £200 dearer than the best rearing calves.

This was before Arla’s monster 4.49p/litre increase this week (24 May).

Milker trade had been “very buoyant” at Gisburn, said Eleanor O’Neill, and fresh heifer trade had lifted by £500 in six months.

She said bulling heifers making £1,000-£1,200 were a good price, but younger cattle with six months or more to bulling were difficult to sell.

An excellent May for grass growth has helped improve demand for weanlings and youngstock at some markets.

National AHDB data show that continental bull calves (up to three weeks old) were 18.5% back on the year in April, at £192 a head.

Good grass covers have lifted six-month-old dairy-bred stock £50-£80 a head in the past month, according to Kyle Hawksworth of Craven Cattle Marts. He said this money had filtered down into calf budgets.

“People were worried about fertiliser prices and spring coming, but the weather has helped growth,” said Mr Hawksworth.

“Some new buyers that have gone out of milking have bought calves and store cattle.”

The best calves out of Holstein-Friesians, and particularly Friesians, had made £430-£460, he said, but second-choice animals out of Jersey crosses were difficult to sell.

But he added that margins in youngstock remained pressured by high costs, to the extent that some buyers had been put off buying calves because of milk powder prices.