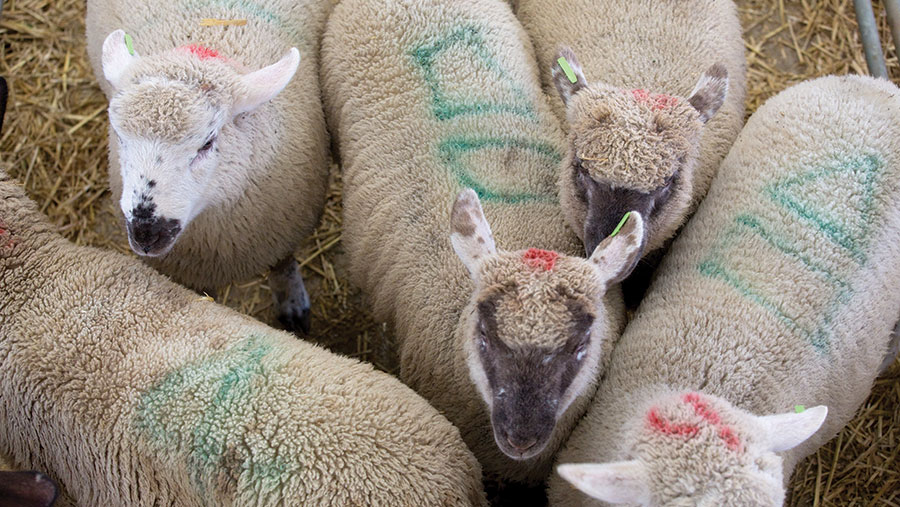 Hogg and spring lamb values have found a firmer footing as marts work hard to maintain supply amid market chaos.

French markets are slowly reopening, and product is moving to the Continent once again, although it requires more traceability paperwork, according to AHDB analyst Rebecca Wright.

Truro’s most sought-after spring lambs fall into the 43-45kg bracket, which auctioneer Ed Harris of Lodge and Thomas says is what local abattoirs and butchers want.

“At this time of year, it’s important not to focus solely on weight,” Mr Harris told Farmers Weekly. “Farmers should try to market new season lambs when in full bloom, fresh coated, but well-finished.”

He added that a “respectable” trade over the past three weeks hopefully indicated price would hold in the short-term.

He said a late season entry of 225 hoggs averaged 193.8p/kg last week and that hoggs should be marketed now to maximise returns.

“We have seen a difference of around £20 a head on hoggs which have incisor teeth erupting.”

Bagshaws sheep auctioneer Peter Oven said numbers were back on historical levels, possibly due to fewer early lambers in the area and some vendor caution.

He said holding on to lambs for another fortnight to put 2-3kg on them was being tried by some, but he stressed that at Bakewell it was 36-40kg spring lambs that were wanted.

“Spring lambs over the 40kg mark are discounted here. They often get the hogg price.”

He said hogg trade had been supported by farm shops and butchers, with a pen of 54kg hoggs making 268p/kg at £144 a head, although hoggs with erupted teeth could see 30-40p/kg deductions, depending on the type of lamb and the buyer.