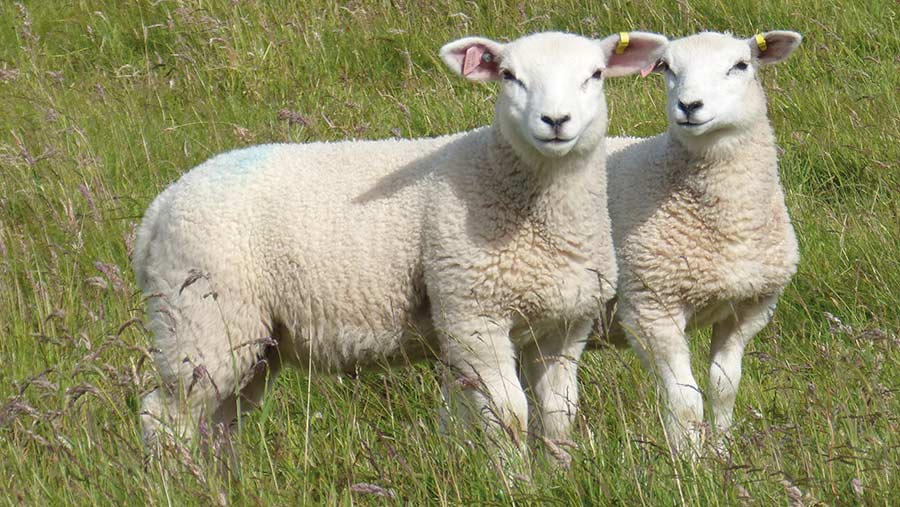 Close scrutiny of early store lambs sales could indicate whether predictions about a supply glut will come true, as trade moves into post-festival holiday mode.

Lamb trade has been buoyed over the past fortnight by strong Islamic demand for Eid-al-Adha (9-13 July) and is now expected to see a lull.

Prices will be pressured by larger numbers coming forward further north and limited demand as Islamic buyers will have fridges and freezers full, say auctioneers.

But on the bullish side, dry weather and expensive feed prices are limiting growth and finish on lambs, leading to lighter stock at markets, which could help support trade – particularly for well-finished and heavy lambs.

Numbers are similar to last year at Exeter and Hereford markets, but in Somerset, Paul Ashton of Greenslade Taylor reported a larger than normal entry of store lambs on Saturday (2 July) at Sedgemoor.

“We are seeing more store lambs forward already,” said Mr Ashton. “We had about 1,000 stores in on Saturday, compared with 430-head a year ago.

“I think some farmers will shift them as store lambs instead of having the costs of feeding them.”

However, Mr Ashton said well-fed 45-46kg lambs had made £40 a head more than the unfinished 40kg lambs.

“Weight is definitely paying and I’ve worked out that even at £400/t for lamb feed, with a cost of feed of £12-£15 a head the heavier lambs are way ahead on margin.”

“People sold their first draw on Monday (4 July) who would normally have been here two or three weeks earlier.”

Rugby Farmers Mart’s Tom Wrench said he expected a “lull” in lamb trade on Monday (4 July), after Eid-Al-Adha demand pushed the SQQ up 15p/kg to 324p/kg.

“Export trade wasn’t any dearer, it was almost entirely festival demand, although we didn’t see the added benefit of the ram lamb festival trade, it was for clean sheep.”

He said prices needed to stay 20p/kg ahead of last year to ensure farms got back the extra £8 a lamb they were costing to produce.