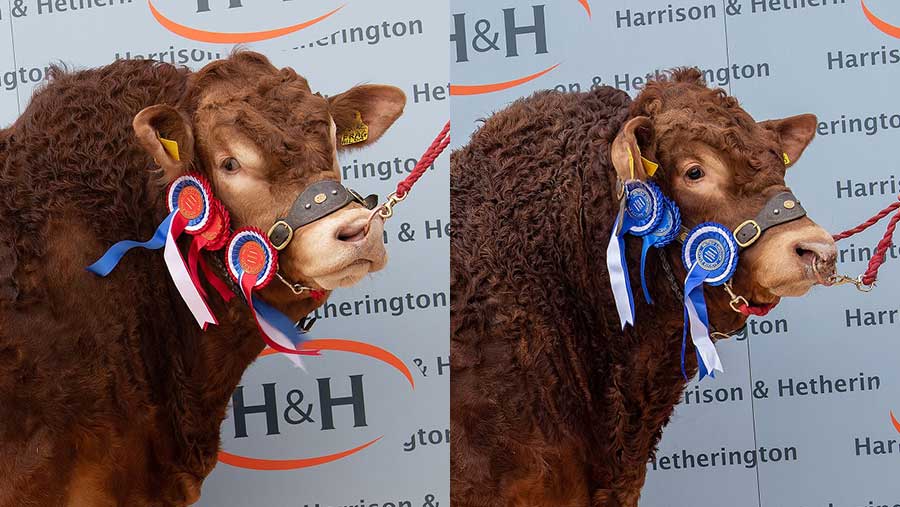 This is the first time in the modern era that both top prices and top prizes have been taken by two full brothers, with Goldies Olympia and Goldies Owain taking the overall supreme and reserve supreme championships, respectively. 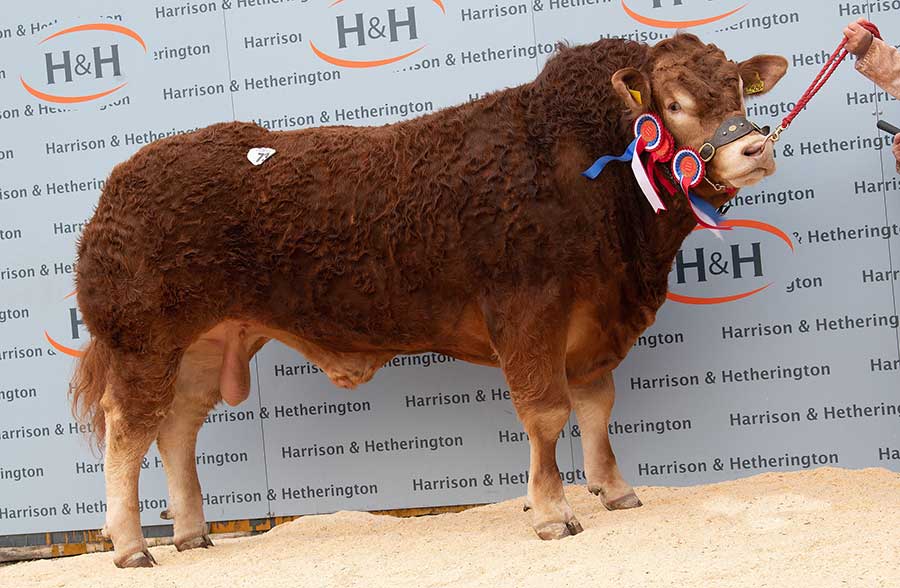 Their sire Foreman goes back to the famous Wilodge Cerberus. Last year, Goldies Neymar – also out of Goldies Fragrance – sold for 25,000gns at Carlisle’s May sale. 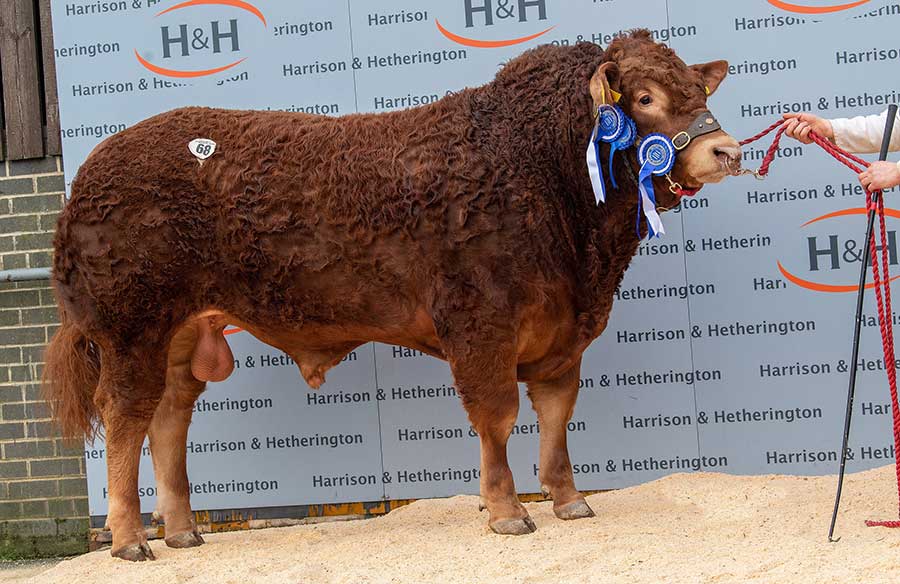 Next at 15,000gns was junior red ticket winner Pabo Oldspice from Anglesey breeders WP Hughes and son, Llanbabo, Rhosgoch. He caught the eye of Messrs Wright and Son, Parkgate, Dumfries. 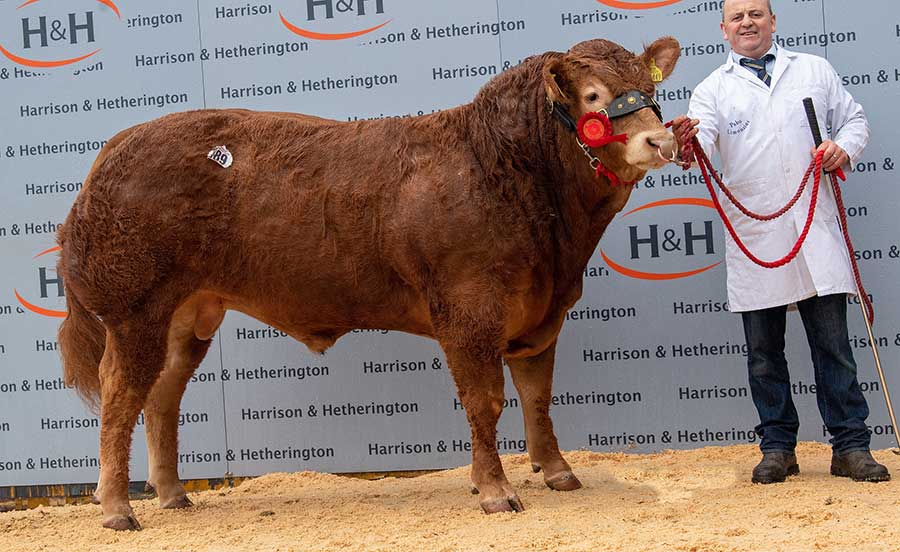 The Derrygullinane Kingbull son is out of Norman Harvest daughter Pabo Mared, who goes back to the herd’s best cow, Pabo Icemaiden.

At 14,000gns was another Goldies entry bred the same way as the trade toppers – this time called Oxo – who sold to an undisclosed buyer.

Two then sold for 13,000gns, the first being Huntershall Outlaw from Stephen Nixon, Southerfield, Wigton. He sold to Messrs Short, Whitfield, Hexham. 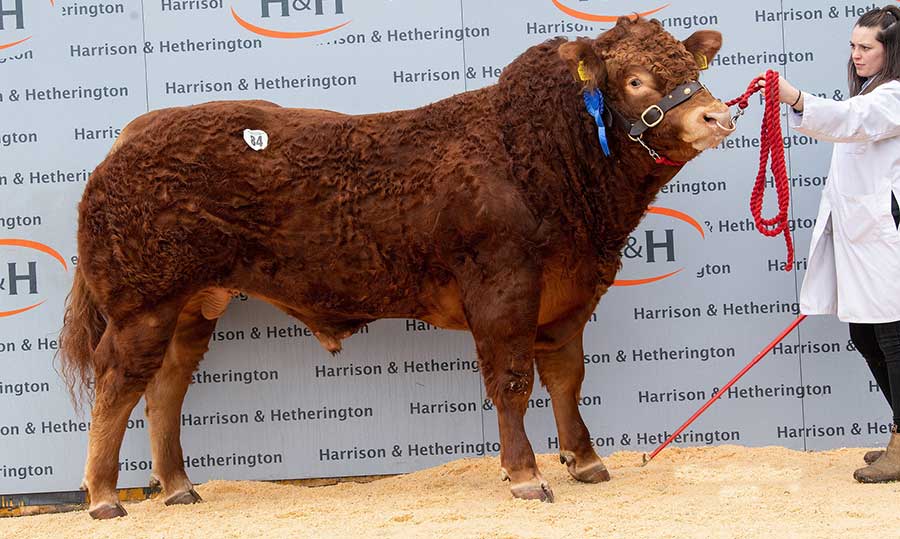 Westpit Oklahoma also made 13,000gns for A and J Gammie, Laurencekirk, Kincardineshire. He sold to Messrs Campbell, Carstairs junction, Lanark.

He is by the Swarland Eddie son Jalex Itsallgood. 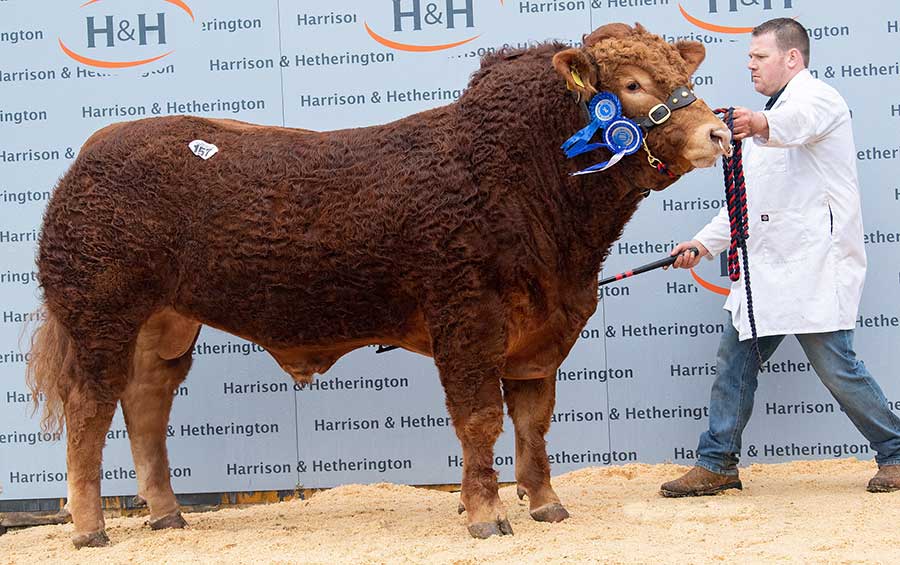 Next at 12,500gns was Maraiscote Omalley from J Nimmo, Newmains, Wishaw. He sold to Clwyd-based breeders Messrs Howatson and Son, Nantglyn, Denbigh.

Two bulls then followed close behind at 12,000gns. The first at this money was Loosebeare Olaf from E W Quick and Son, Zeal Monachorum, Crediton.

He is another by Loosebeare Fantastic and is out of Aghadolgan Emperor daughter Loosebeare Gilla. He caught the eye of Messrs Lewis and Son, Old Hall, Llanidloes.

Matching this was another from the Westpit herd of the Gammies. Westpit Orlando was bought by Messrs Wilson, Creetown, Newton Stewart.

This August 2018-born son of Goldies Jackpot is out of Wilodge Vantastic daughter Brockhurst Holy.

Consigned by the Sellers, Lincoln, Oriana was originally bred by WJ and M Mash, Torrington Farm, Chesham, and went on to win at Buckinghamshire County Show and the Winter Stock Festival last year.

At 6,000gns was Barrons Polo from Willie Barron, Burnhope, Durham. She is from the Sarkley line going back to Waindale UFO and by Mereside Godolphin son Barrons Major.

Polo is the first Major daughter to be sold. Her dam Sarkley Floss is a short gestation female often recorded as calving below 286 days.