A top price of £15,000 was made twice at Hawes on Thursday (29 September), with ram lambs from the Midlock and Silver Hill flocks the key money makers.

The trade topper was knocked down to a Scottish split of the Hamildean and Dawyck flocks and is out of a ewe by the noted B4 Tanhouse from J White and Sons, Crawford, Biggar, who also had lambs at £11,000 and £8,000 on the day and sold 12 lambs to average £4,750. 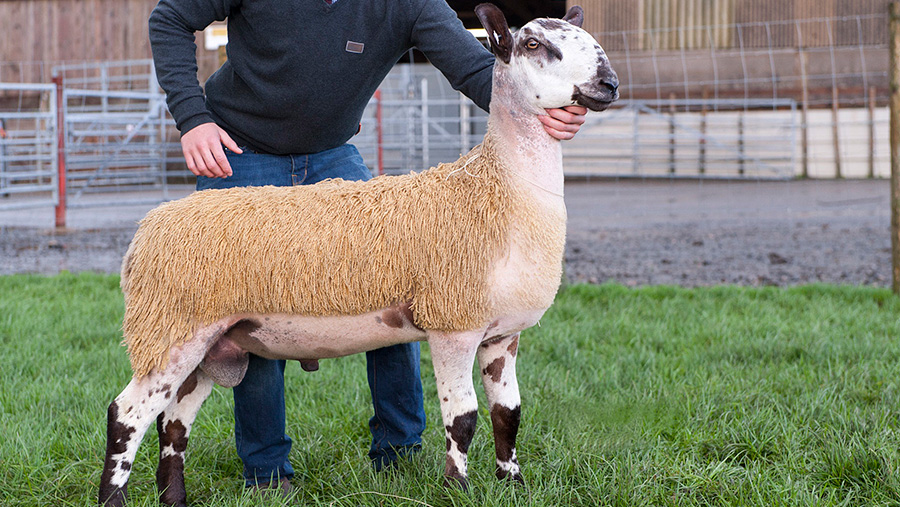 Trade topper: Making joint top money of £15,000 was J1 Midlock from Mr White’s Midlock flock, which sold in a share between the Hamildean and Dawyk flocks.

The much anticipated consignment sold in a three-way share to Highberries, Carry House and Low Tipalt flocks, with 11 Silver Hill rams levelling at £3,163.

Next at £14,000 from Richard Hutchinson’s Kirkby Redgate flock, Rookby, Kirkby Stephen, was J1 Kirkby Redgate, a son of the £14,000 Skeughdale.

He was bought last year from George and Josh Shields and is out of A5 Gragareth ewe, a full sister to C2 Kirkby Redgate, now of the Wythop Hall flock. 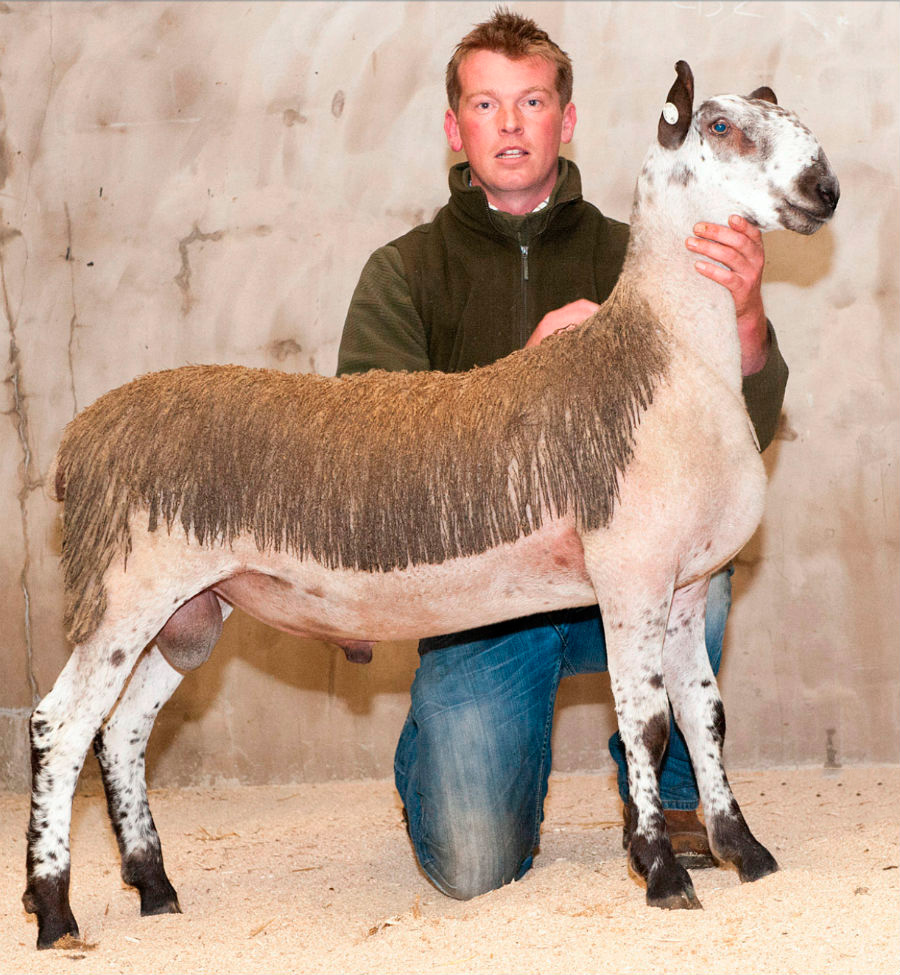 He will be shared by the Burnbank, Glen, Allanfauld, Speymouth, Saltaire and Cherryfield flocks.

Also at £14,000 was Martin Archer’s Carry House flock at Wark, Hexham, with a full brother to the show champion J1 Carry House.

This one is by the Mustang son G34 Midlock and sold in a three-way share to Messrs Porter, Riddings and Martyn.

A personal best of £13,000 then followed for David Lawson’s Gragareth flock, Masongill, Ingleton, with J1 Gragareth from home-bred tup, H5 Gragareth, himself a son of W1 Keer, which was by the £14,000 Midlock D41 and out of E40 Marriforth.

This lot knocked down to Richard Hargreaves, Barley, Burnley.

He was knocked down to the Parkgatestone flock of Messrs Cunningham.

Despite last year’s bumper prices, which included a new breed record of £34,000 from Richard Hutchinson, ram lambs averaged £44 up on the year.

Overall trade was stronger than anticipated, according to Andrew Pratt, chairman of directors at Hawes.

“Trade improved through the day,” he told Farmers Weekly.

“It started a little slow but it built up.

“Mule gimmer lambs drive demand and they have been up about £5-£6 a head this year and that money has gone back into the Bluefaced tups.”