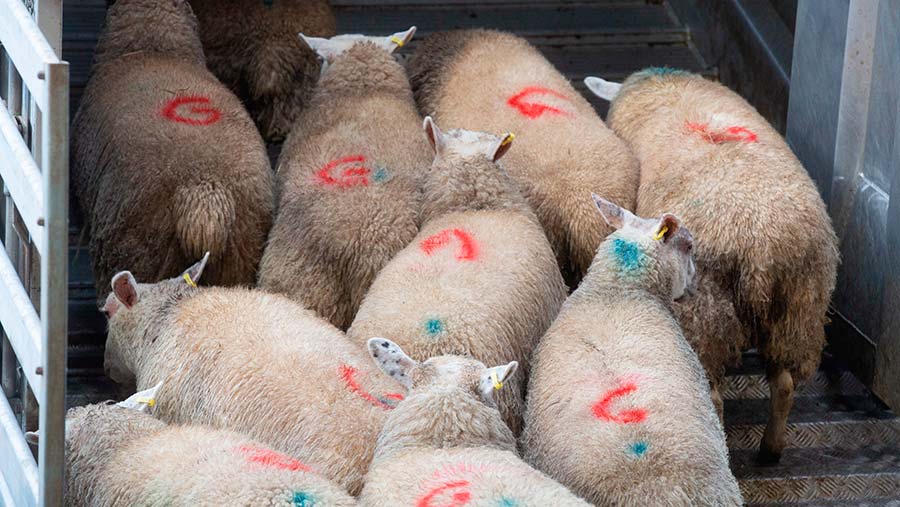 A kind winter and some excellent forage crops have led to a glut of heavy lambs, which have met a sticky trade at marts this spring.

National SQQs have fluctuated between 189p/kg and 199p/kg this year, although they have been strengthening over the past month, with marts now passing the 200p/kg mark.

Hogget trade was marred by an oversupply of heavy lambs at Sedgemoor on Monday, leading to an SQQ of 190p/kg and an overall average of 172.5p/kg.

Auctioneer Paul Ashton of Greenslade Taylor Hunt said trade was making everything worth the same on a per-head basis.

“Spring lambs have been a much brighter trade this week,” said Mr Ashton. “Weather is helping these lambs grow, although there is less early lambing happening in this area.

“We’ve sold half the number of ewes with lambs at foot than normal at this time of year.”

Spring lambs are coming forward three to four weeks later than last year after Cornish farms delayed tupping to hit a very late Easter (21 April) this year, according to Ed Harris, auctioneer and associate partner at Lodge and Thomas.

He said numbers were building for Truro’s special Easter sale of lambs on 10 April, which usually sees more than 200 lambs marketed. An entry of 24 lambs was reported on 13 March and 58 were sold last week.

“My advice is always to market lambs when they are at their best,” Mr Harris told Farmers Weekly. “Holding on to lambs hoping the trade will improve very often results in too much fat cover, which sees penalties.”

He said buyers were still weeks from switching over from old to new-season lambs, adding that spring lambs’ superior killing out percentage was attracting a 12p/kg premium above an SQQ of 200p/kg.