A strong showing of native and continental cattle impressed a packed ringside at the 2016 Beef Expo at Bakewell Agricultural Centre on Friday (20 May). 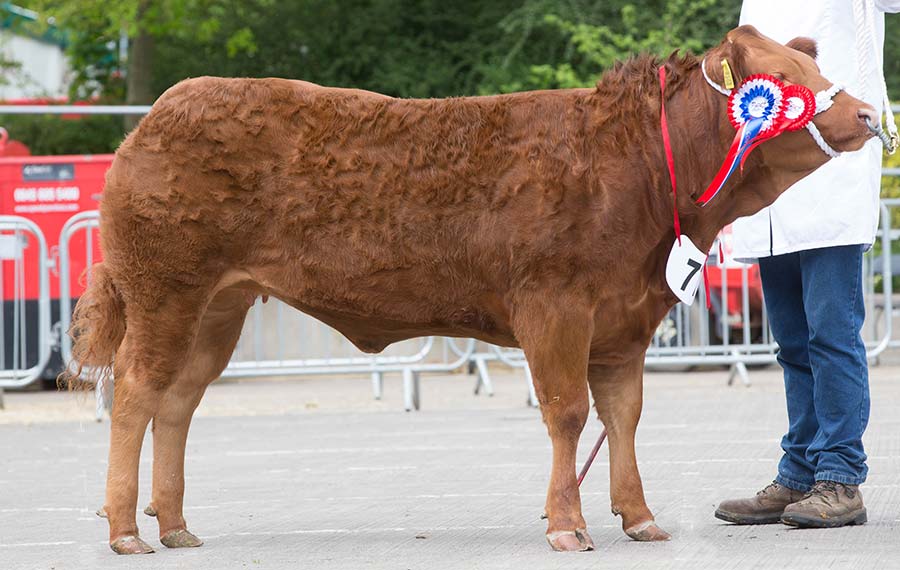 The heifer class was led by a Welsh double, with the Supreme Champion and Champion rosette going to Daisy Duke from John Williams, Trawsfynydd, Gwynedd.

It was the second outing for the Limousin-Belgian Blue cross after being crowned commercial champion at Nevin show.

She is by Hunters Hall Troy and was bought privately in January from breeder SJ Nixon, Hunters Hall, Cumbria.

Judge Phil Sellers of Thorpe Tilney Farm, Lincoln, said the class was “very nice to judge”, listing the Champion as ticking all the boxes, having style, movement and being good on her legs.

She is out of Black Betty, herself a show winner a previous winner at Harrogate, Carlisle and Countryside live in 2012 and a reserve winner at Smithfield. Hightown Girl is next off to the Royal Welsh in July.

Mr Sellers added: “The two I picked out both had style and presence in the ring as well as being sufficiently well-fleshed. The Champion floated around the ring and had a good top line and looked right for the future.

“I was looking for entries with potential for the summer with a bit of growth. There weren’t that many bigger cattle here today.

“This is reflective of the changing needs of the industry and I was not looking for big cattle. That said, they still need to be well fleshed with good width through the top.” 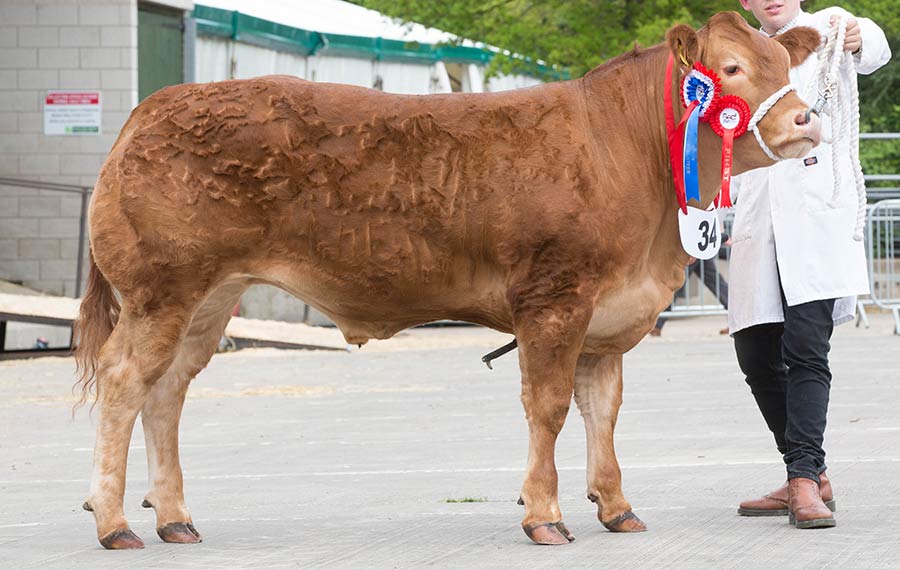 Continental steer championship winner was the Northumberland-bred Dolphy Duke, a Limousin-cross shown by Will Nichols on behalf on J A Nicholls, Wetley Rocks, Staffordshire.

Tipping the scales at 520kg, the May 2015-born son of Mereside Godolphin LM37 was bought privately from breeder I Robinson, Hexham.

A British Blue-cross from B E Williams, Sennybridge, Powys, claimed the Reserve title with April 2015-born Sunny Bill weighing in at 500kg. He was bred by Mr Rob Jones, Erwood, and sired by Gaz Cheggers and bought at last year’s Welsh Winter Fair. 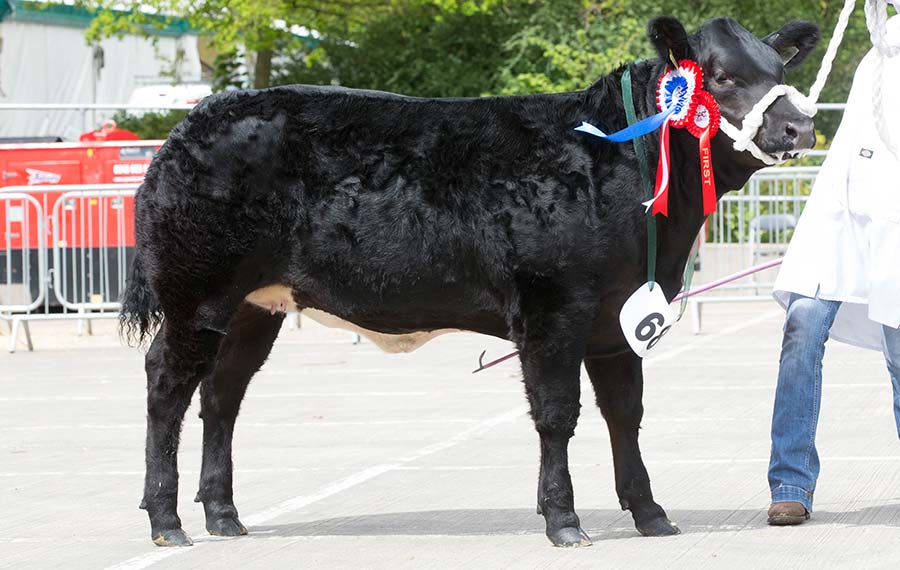 Read All About It, Baby Beef Champion ©Tim Scrivener

The Williams pen then managed one better in the baby beef heifer class, with record-breaking red ticket winner Read All About It bred by DH Morgan.

This Limousin-cross daughter of French bull Headguard set a new high of £7,900 at the Ruthin potential sale in February and delighted once again when shown by Caryl Morgan.

Another welsh offering, Black Berry, also caught the eye to claim Reserve title. Shown by Robert Alun Elias, Garndolbenmaen, this Aberdeen Angus-cross was bought from Berwyn Hughes, Lampeter, privately in February and is sired by Turbo.