Bull trade only consisted of one lot, but it didn’t disappoint, topping at 13,000gns, setting a new record for UK polled Hereford bulls. The record-breaker was Hereford Champion of Europe Coley 1 Pilot.

The 23-month-old sire was from Miss H Whittaker, Norwood Green, Halifax, and had already been crowned UK Hereford bull of the year and Hereford Champion of Europe, with a place in the world championships in January.

He was knocked down to G and MC Shepherd, Moorside Polled Herefords. He is out of Romany 1 Ishbel and by Coley 1 Maverick.

See also: How a Hereford breeder is increasing cow efficiency 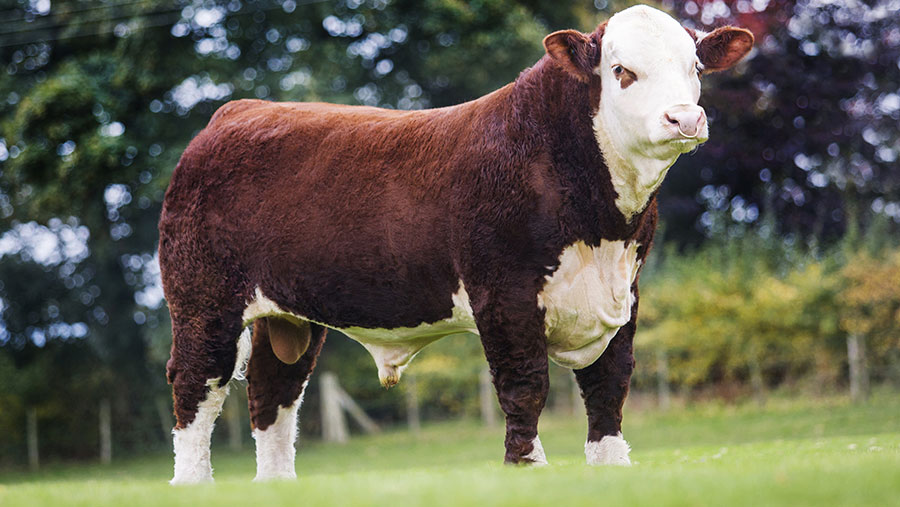 Three heifers made 8,000gns, the first a pick of a pair of autumn 2018 heifer calves Kylie KS R1 from T and D Harrison, Moralee Herefords, Northumberland, which sold to L and L Bowen, Bowendu Herefords, which selected Kylie as the pick of two heifers. 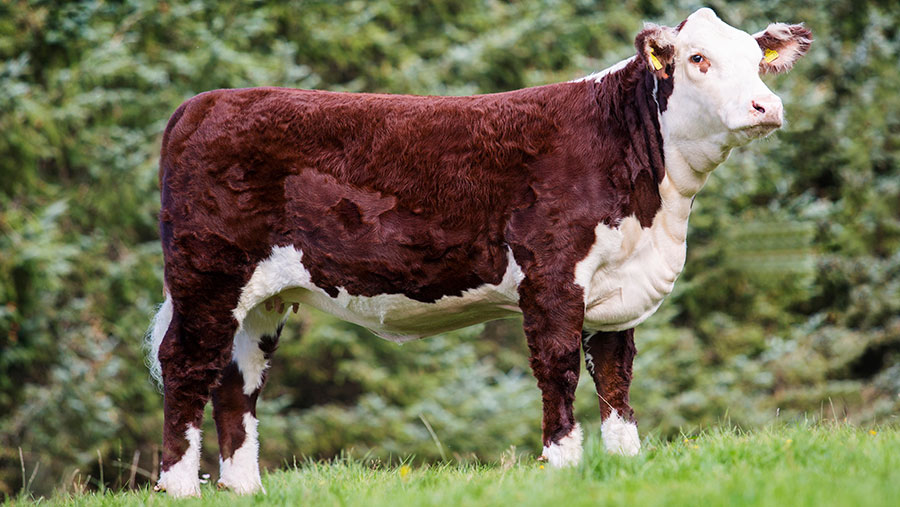 Also at 8,000gns was the only horned entry in the sale, a 15-month-old heifer from PJR and LR Vincent, Pulham Herefords, Norfolk.

Pulham Dowager 4th was sold to the Norman Farming Partnership to join their Hickling herd of Herefords. She is a Haven Hotspur daughter out of Haven Dowager 161. 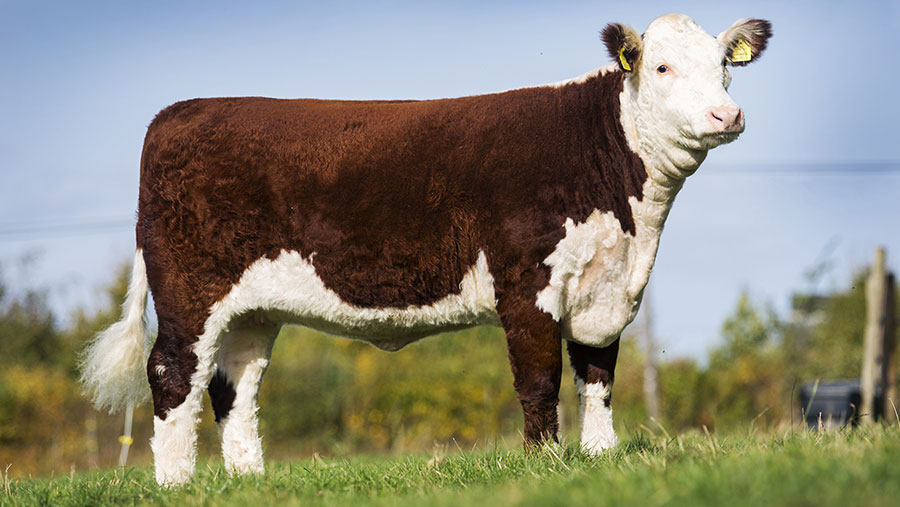 One of three females to hit 8,000gns was Pulham Dowager 4 © MacGregor Photography

A maternal sister to the record breaking female Lâncome Lucy and sired by Kingsize, she was knocked down to Nick Griffiths, Grifford Herefords, Staffordshire. Following the sale, Sky High Herefords bought back at half share in the female which is now owned in partnership between Grifford and Sky High. 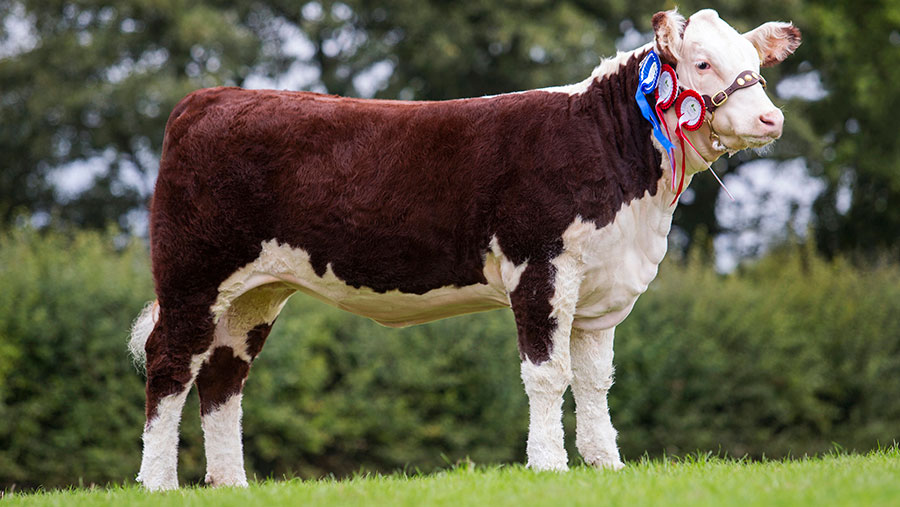 They sold for £150/straw to Normanton Herefords, Leicestershire. In total 125 straws of semen were sold to average £91.60.

The embryo section saw more records broken, topping at £6,000 for a package of three embryos from the Gouldingpoll herd in Ireland. The Remitall Super Duty 42S x Dorepoll 1 R51 Duchess 525 embryos were sold to Willie Ryan, Ireland, for the European Hereford record price of £2,000 an embryo. In total, 44 embryos sold to average £570.45.

A pick of the cow herd flush from Cabana Las Anitas in Uruguay sold for £5,000 to MJT Herefords, Alberta, Canada.

A flush on the Hereford Miss World (RVP 51X Ablaze 7A) was consigned by Harvie Ranching & RSK Farms, selling for £3,000 to DRA Fabb (England) and Moeskaer Polled Herefords (Denmark). The four flushes sold to average £2,950.