Scottish bidding led prices over a busy few days of Texel trade that managed a top call of 130,000gns at Lanark’s Scottish National Show and Sale last week (23 and 24 August).

It was Charlie Boden’s Sportsmans A Star that made the top money, knocked down in a two-way share between breeders Hugh and Alan Blackwood, Auldhouseburn, and John Forsyth, Glenside. 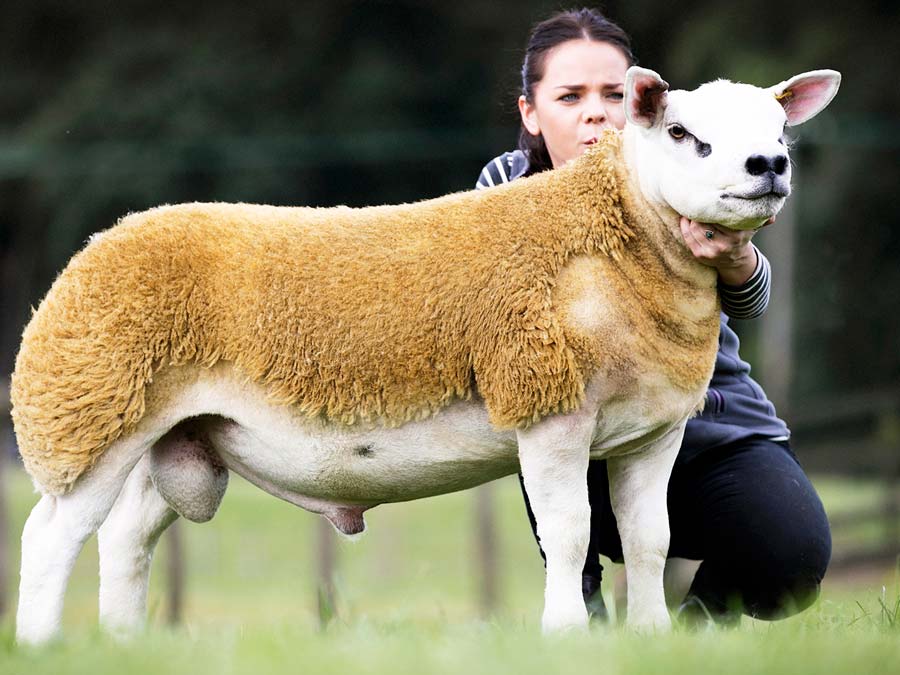 Knocking down at an impressive 130,000gns was Teiglum Young Gun son Sportsmans A Star © Catherine MacGregor

The super sire ram lamb sold with an index of 354 was by last year’s 70,000gns Lanark trade topper Teiglum Young Gun and out of a Cairnham Talisman daughter, himself a former Lanark champion.

Next best at 50,000gns saw Mr Boden, Macclesfield, Cheshire, back in the action, this time bidding for Deveronvale Ace of Diamonds from Graham Morrison’s Aberdeenshire flock. 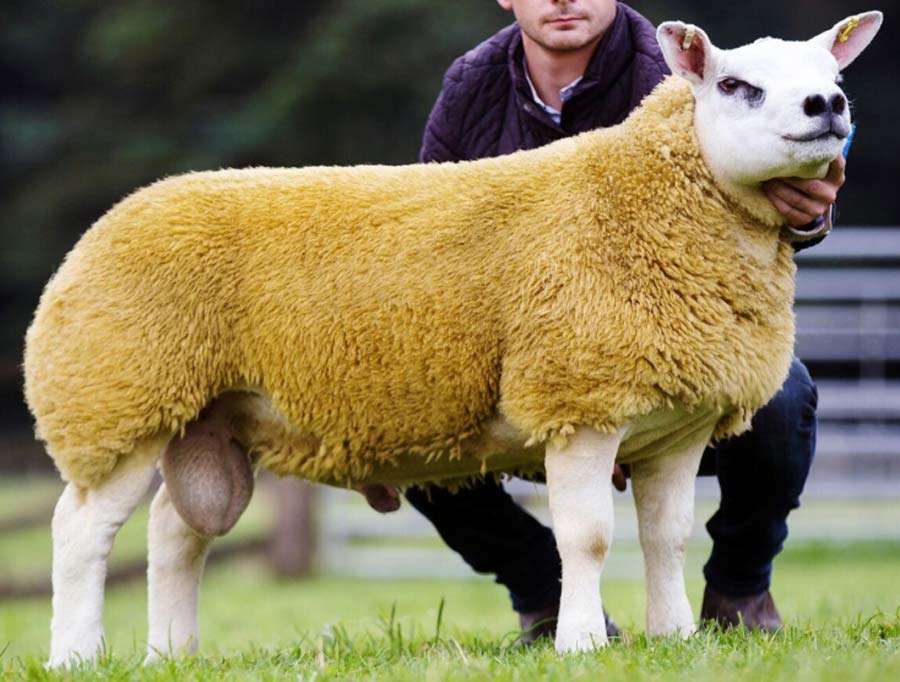 This ram is by Millar’s Windbrook and out of a Scholars Twenty Twelve daughter. A half-share was subsequently sold to Paul Tippetts and Christine Williams for the Wilodge flock.

Two then made 42,000gns, with Charlie Boden again taking a half-share with Danny Sawrij, Kedzlie Farms. Knockem Abracadabra is by Knockem Yabba Dabba Doo and out of a Hull House Space Cowboy dam from young breeders Charlotte and James Nicholson.

Also at 42,000gns was Mullan Armani from Brian Hanthorn, Northern Ireland. He is by Glenside Willie Winkie and out of a Haddo Ringleader dam, knocked down to Jim Innes, Strathbogie Flock, Aberdeenshire. 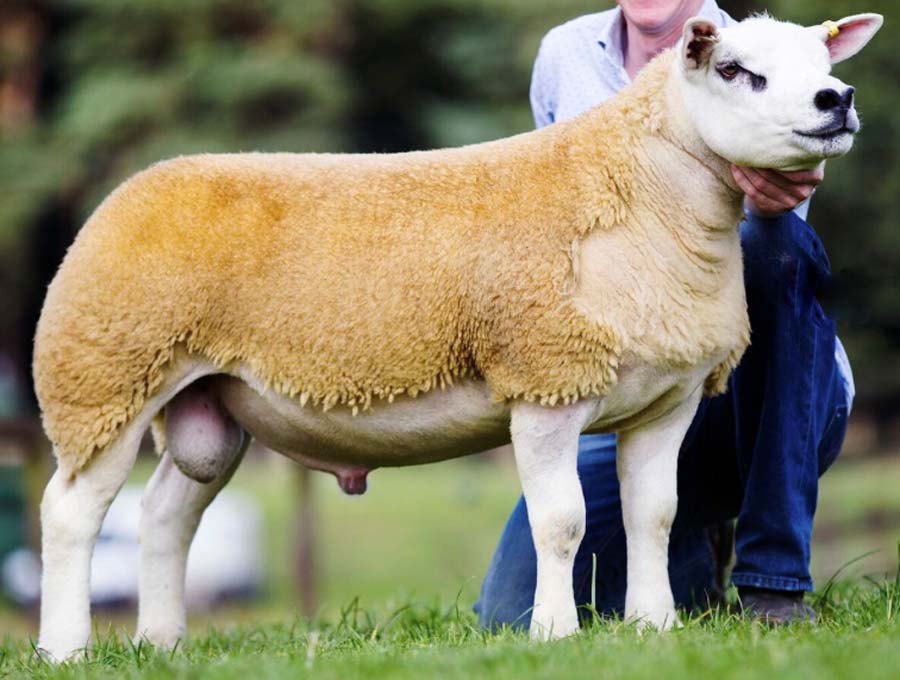 Next was 22,000gns for Midlock Avicii from the Wight family, Biggar, which was knocked down to David Houghton, Tophilll, the Campbell family, Cowal, and Steven Symes, Anglezarke. Avicii is by Clinterty Yuga Khan and out of Teiglum Thunder dam.

Close behind at 20,000gns was Charlie Boden again, this time with Sportsmans Advantage. This Clinterty Yogi Bear son is out of a Strathbogie Untouchable daughter with an index of 344 and was knocked down to Hartside Farms, Biggar, and Robin and Caroline Orr, Dunfermline. 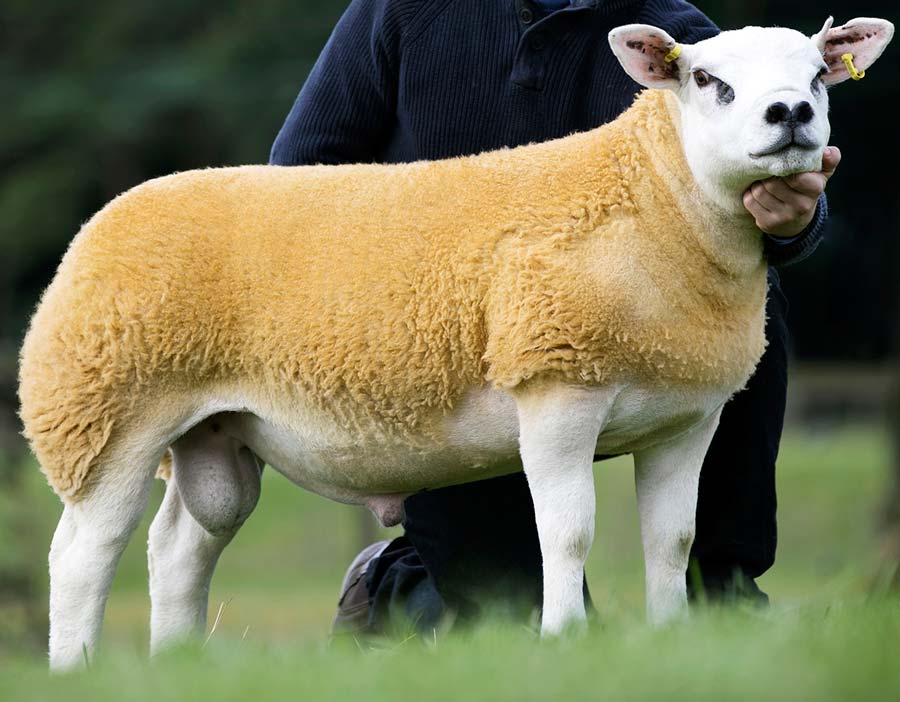 Midlock Avicii from the Wights, Biggar, made 22,000gns © Catherine MacGregor

The Clark brothers, Alan, Andrew and David then saw 19,000gns Teiglum Admiral by Teiglum Winfall and out of a Castlecairn vavavoom daughter. He sold to  Stephen Cobbold, Acton, Suffolk.