A Limousin cow-calf pair from the Moonleaze herd topped Newark’s breeding cattle sale on Saturday (23 September) as outfits levelled at £3,535.

Topping the Moonleaze dispersal was Wilodge Docker daughter Moonleaze Hayley who was out of a Benrish Alfy dam. She was bought by Counsell Parners, Cheddar, in-calf to stock bull Loosebeare Golddust with the Golddust calf at foot.

Golddust then made 6,000gns and was snapped up by Fristling Hall Farms, Stock, Essex. He is by Gronw Cheeky son out of Rainbow Simon daughter Loosebeare Cayley. 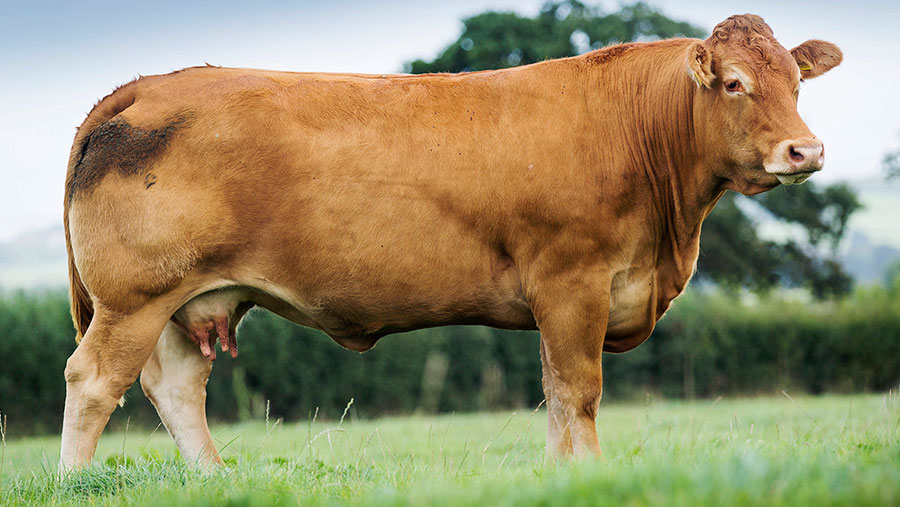 Matching this was young bull Moonleaze Marchhare, who was knocked down the J and JR Appleby, South Somercotes, Louth. He is another Golddust son out of Moonleaze Eyefull, a Wilodge Classic daughter and has a +41 beef value.

Commercial outfits topped with a Limousin cow with a bull calf from Toppesfield Hall Farm, Essex, at £1,950. Simmental cows with Charolais-cross bulls sold to £1,880 from Hackleton Farms, Northampton.

Sale leader was Podehole Tessa Test from Harry Horrell, Thorney, Peterborough, (TI+25, SRI +20), a top 10% heifer by Podehold Fandango. She sold with a calf by Rickerstown Jackaroo to A Haigh, Market Rasen, Lincolnshire. 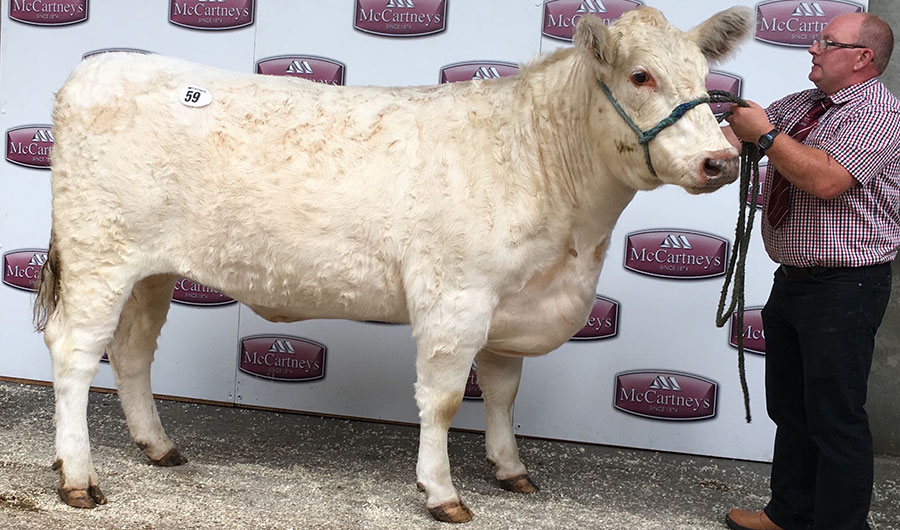 Four more lots from Mr Horrell made the next top money, with Phantasy Jolly making 3,400gns. She is a heifer by Fandango, knocked down to A and C Farms, Langham, Leicestershire, with a calf by Knockenjig Hercules.

Trade peaked with the Gorse herd at Worcester’s Longhorn sale on Saturday (23 September) with prices to 3,800gns and led cows averaging £1,179.50.

The trade topper Gorse Winegum was from JS and W Briggs, Warwickshire, and knocked down to David Howden, Buckingham, for his Pointer herd.

Gorse Winegum from JS and W Briggs knocked down for 3,800gns

Next at 1,500gns was Woolhope Leah from the Woolhop herd of O’Brien & Vice, which knocked down with a bull calf ATF Brodie and Son, Worcester.

A selective bull trade topped with Newton Zinfandel at 2,300gns from D Walker, who was knocked down to T Taberner, Burton on Trent.