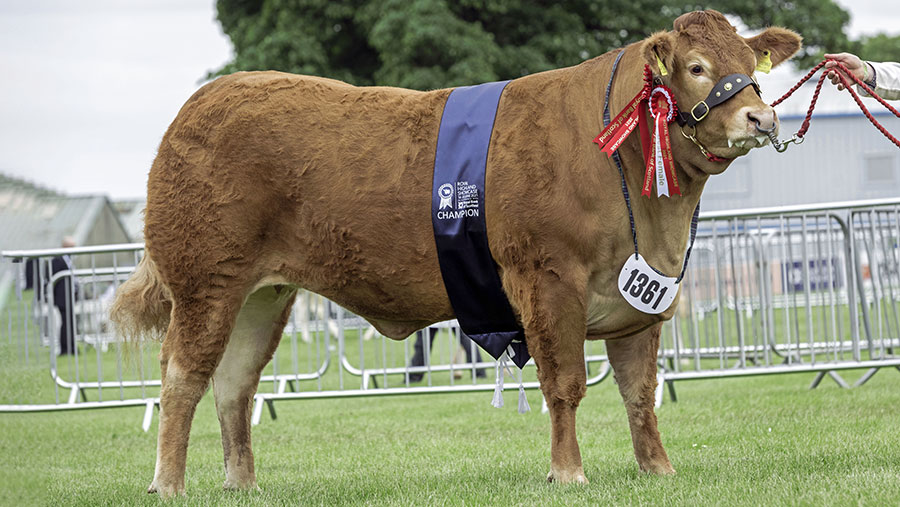 A Leicester and a Limousin female took the top honours in the interbreed sections of the continental cattle and non-maedi visna (MV)-accredited sheep classes on Tuesday 15 June at the Royal Highland Showcase.

Thousands were able to watch from the comfort of their own homes at this year’s socially distanced event at the Ingliston show field.

While there were fewer people, and about one-third of the usual sheep entries, the quality was high, with cameras capturing the quality on offer and streaming it live across the globe.

The Claragh Franco daughter Grahams Precious (pictured above) impressed the panel of judges on what will be her only show outing this summer.

She is out of Melody, the dam of Grahams Rooney, which made 28,000gns at Carlisle in May.

The reserve went to Maerdy Morwr, which was shown by James and Andrew Reid for David Stubbs, AJR Farms, Ellon. Morwr is by Maerdy Dynamite and out of Maerdy Fee. 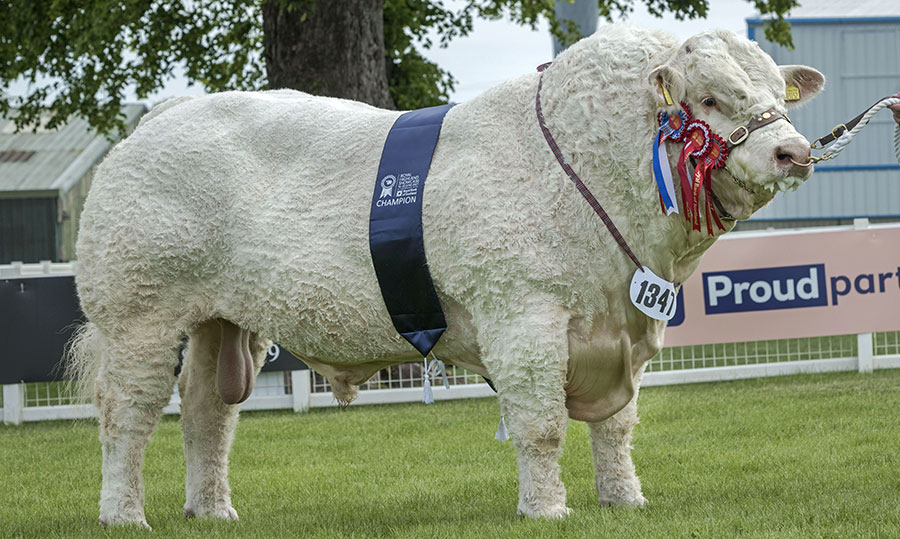 He was bought privately from Esmor Evans, Flintshire, for £25,000 in 2019. He won the champion of champions title at the online virtual Royal Highland Show last year and is set to head to Harrogate next month. 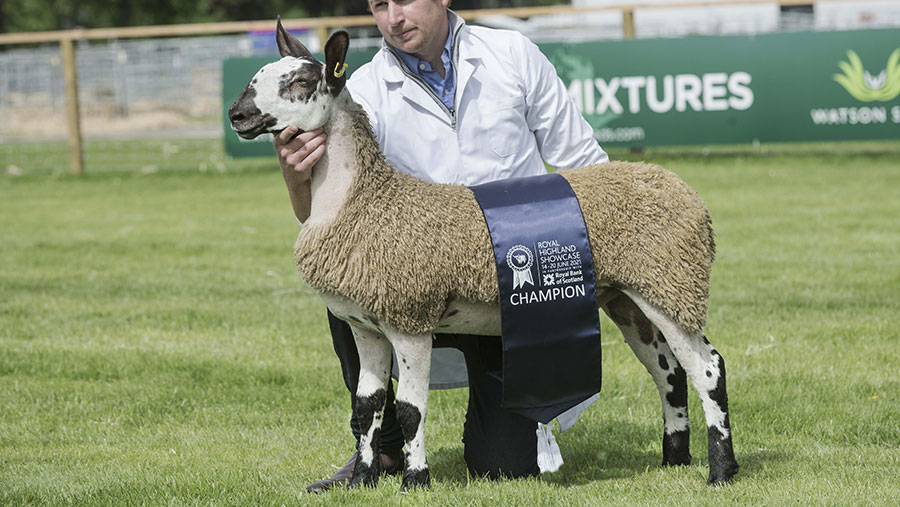 Summarising the champion, Mr Robertson said with her powerful legs, great backside and all-round class, she only needed one look.

“She stood out as what a sheep should be in a great line-up of sheep,” he said.

The winner was from a flush from a Barnshangan ewe by G34 Midlock.

In reserve was a powerful three-crop North Country Cheviot ewe from Roderick and Lewis Runciman, Allanshaws, Galashiels. Allanshaws Jo is by Allanshaws Triple Twenty and out of a home-bred ewe. 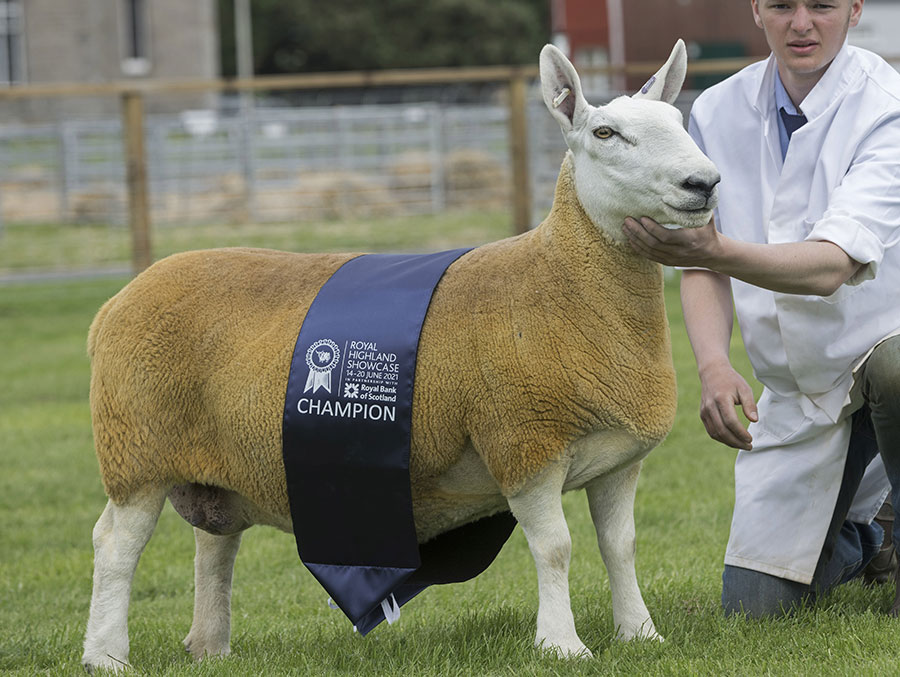 This followed a red ticket in the pairs, when she was matched with George Milne’s two-shear tup Allanshaws Amarillo from Kinaldy, St Andrew’s. The Synton Vital Spark son was bought at Lockerbie last year.