A firm trade for Limousin genetics was reported at Carlisle last weekend (3-4 May). Senior and intermediate bulls were dearer on the year, but overall averages were pulled down by a junior bull average of £6,026.

The November 2017-born sire is out of Elegance, a cow from the noted Bindaree bloodline. He sold to the Knock herd of Messrs Howie, Stuartfield, Peterhead. 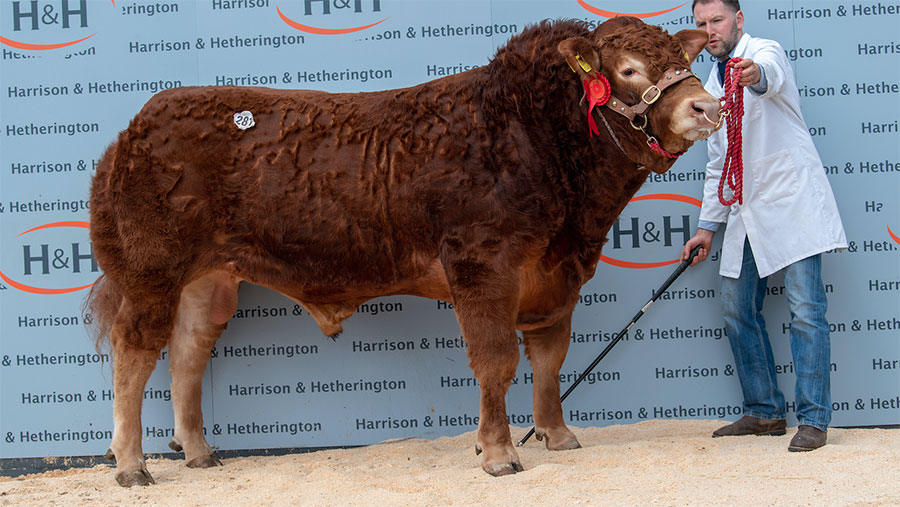 Next at 25,000gns was Goldies Neymar from Bruce Goldie, Mouswald, Dumfries.

He was also eighteen months old, this time by the 45,000gns AI sire Ampertaine Jamboree and out of Goldies Fragrance, a Goldies Vitality daughter. He caught the eye of Messrs Owen, Aberhafesp, Newtown. 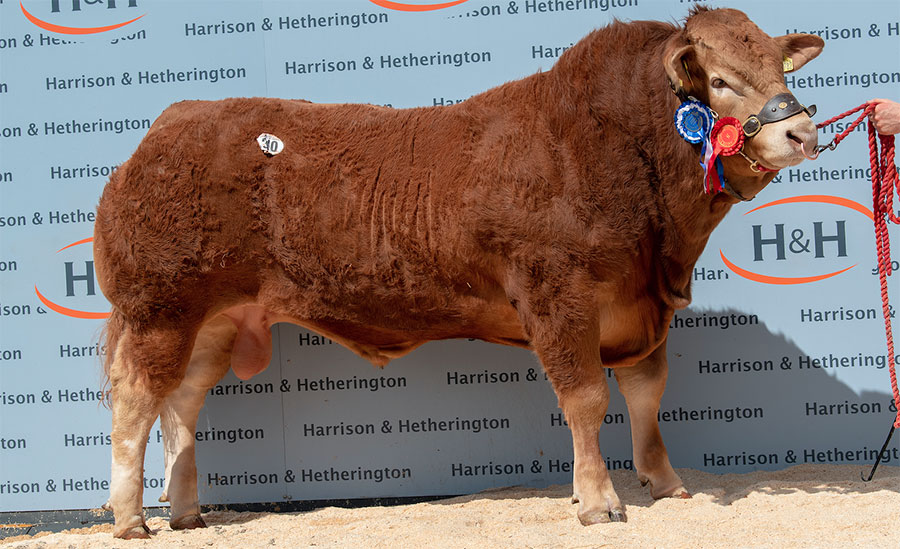 Third on the day at 16,000gns was Goldies Ohboy, a Wilodge Vantastic son. He is out of Mas Du Clo daughter Millington Gorgeous and was knocked down to Messrs Neale, Launceston, Cornwall. 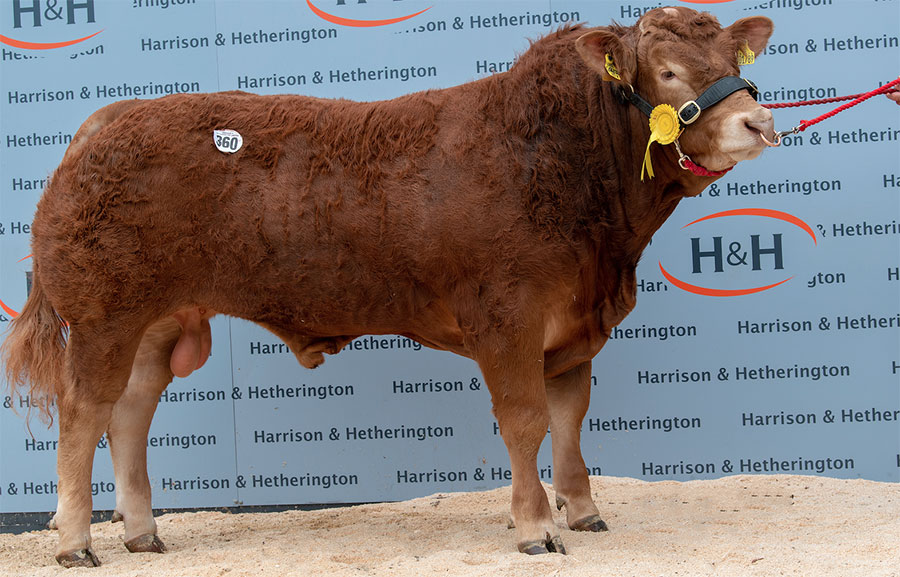 Then at 15,000gns was Haltcliffe Navigator, sold byCraig Ridley, Hesket Newmarket, Wigton. The winning bid was from H Harvey and Son, Waxham, Norwich.

Navigator is by Sympa and out of the Larkhill Firmount daughter Haltcliffe Isla. He carries a double copy of the F94L gene. 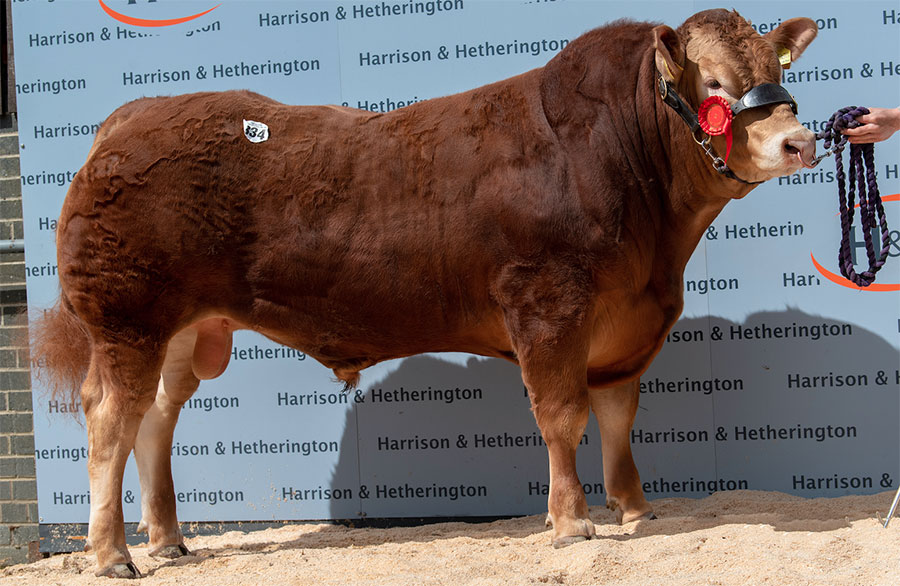 Two then followed at 14,000gns. The first was Wilodge Ninja from Paul and Christine Tippetts, Shifnal, Shropshire, which also took the intermediate champion and reserve titles. He carries the F94L and NT821 genes.

Young brothers William and David Moir of the Cairness herd, Fraserburgh, Aberdeenshire, snapped up Ninja, which is the first son by the 40,000gns Grahams Lorenzo offered for sale. He is out of Wilodge Goclaire, a Wilodge Vantastic daughter. 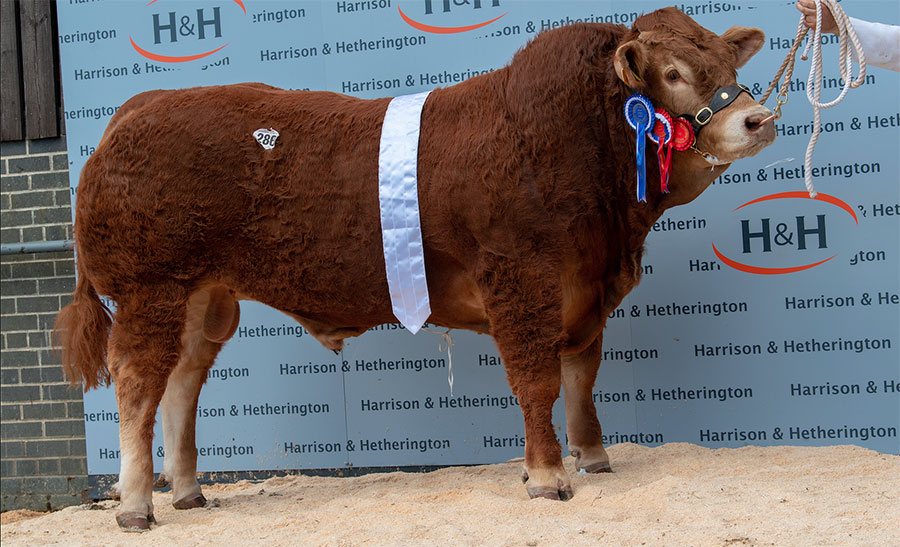 Also at 14,000gns was Dyfri Nomad from David, Joan and Alan Edwards, Cilycwm, Llandovery. The red ticket winner was out of the Ampertaine Gigolo daughter Dyfri Lleucu as a heifer and by Fenomen.

With the F94L and Q204X genes, he caught the eye of RB Jones and Son, Llwynobin, Powys, to work in the Montgomery herd. 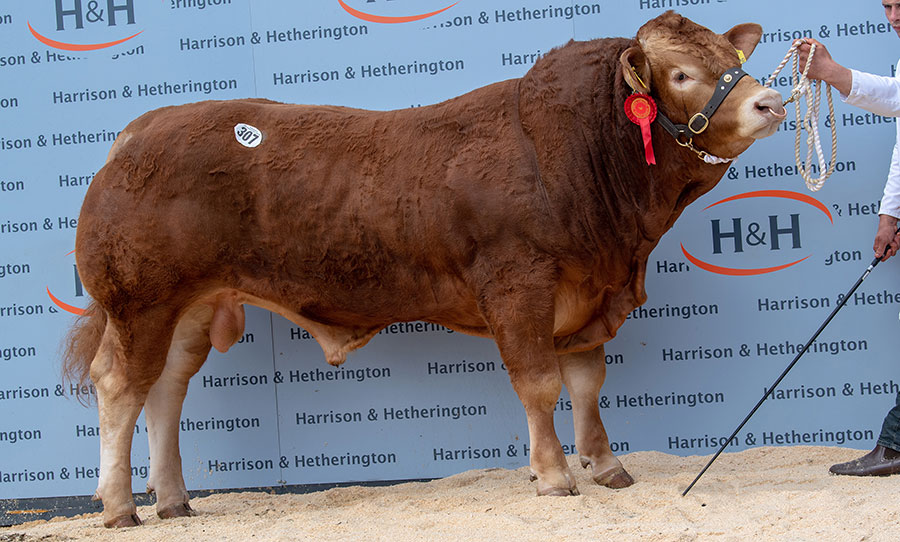 Norma is a half-sister to the 16,000gns Goldies Novelty, which was sold in February and is out of the Wilodge Cerberus daughter Goldies Freestyle. She is by Goldies Fortress, which has bred sons to 20,000gns. 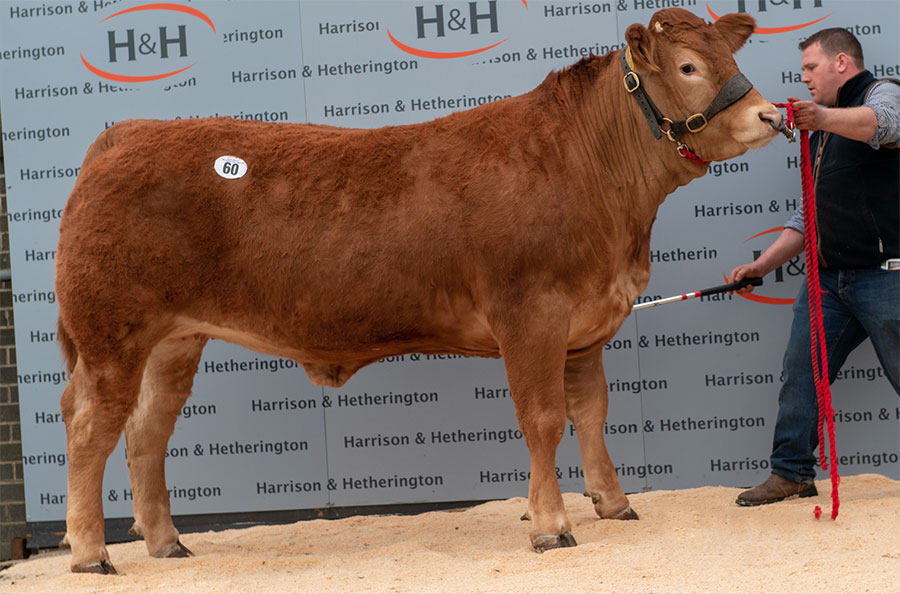 Second at 13,000gns was Ampertaine Odell from James McKay, Maghera, County Derry. She is by Ampertaine Elgin and out of the Plumtree Fantastic daughter Ampertaine Jane. She sold to Andrew Ewing on behalf of a client. 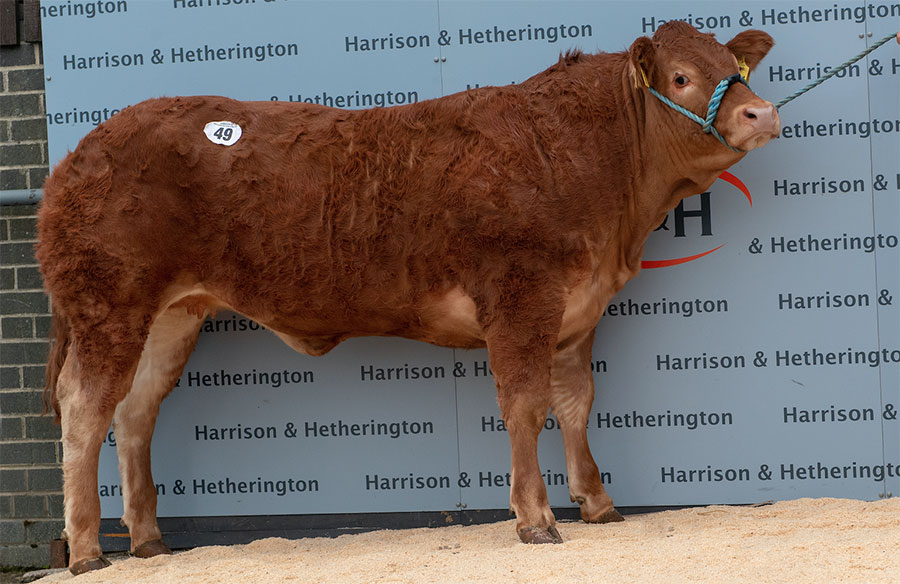