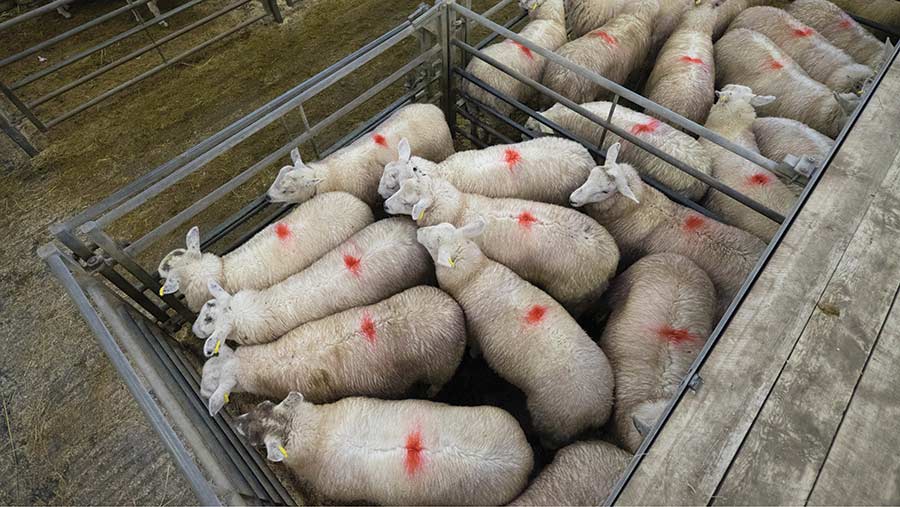 Lamb prices were stoked by 10-15p/kg this week as some producers saw lambs fitting Qurbani specification make more than £2/kg.

A somewhat disappointing July lamb trade has been improved by Islamic demand across the UK and Europe for two reasons: normal halal meat for the celebratory Eid al-Adha meal, and Qurbani-assured animals.

Qurbani requires lambs aged six months or more, with other preferences being for ram lambs, undocked lambs, minimal ear tagging, organic or black sheep, which are sacrificed in a thanksgiving ceremony during the festival of Eid al-Adha. Qurbani is allowed to run for three days and this year is expected to start on 21 August.

The Qurbani period is 11 days earlier this year – it changes because it is a lunar festival – meaning lambs wanting a Qurbani premium should have been born before 21 February. Trade should hold until next Tuesday (21 August).

This is according to Tom Wrench, auctioneer and market manager at Rugby Farmers Mart, where trade for older lambs was 5-10p/kg up on top of an already stronger trade.

“Most farmers wouldn’t have brought in more lambs knowing it was Qurbani – it just coincided with weaning and a lot of lambs coming ready at once,” Mr Wrench said. “Some bigger shepherds would have known to fill a lorry this week though, as they do study the Muslim calendar.”

He said the outlook hinged on supply and the quality of the lambs forward, which has been variable due to challenging drought conditions.

“It would have made more sense for the store lamb buyers to take the cull ewes home to add condition. No one wants thin ewes and people need to take their time finishing lambs.”

He added that, given the increasingly early Qurbani date, producers could look at lambing a small number early to hit the festival market.

Muslim festival trade helped the price of heavy lambs and well-fleshed cull ewes at Ayr on 6 August, but a big increase in lamb numbers made for an easier trade on Monday (13 August).

Numbers lifted from 1,200 to 2,346, to take the average down to 180p/kg, from a relative high of 186p/kg the week before, Craig Wilson livestock auctioneer Drew Kennedy told Farmers Weekly.

He added that there was still a three- to four-week lag in lambs coming forward due to the challenging spring and summer weather.

“Trade will probably get stickier after the festival,” Mr Kennedy said. “Demand for those 38-42kg export lambs hasn’t been strong due to France and Belgium being on holiday, but that could improve after the holidays.”

He said there was little demand for lean ewes from the fattening buyers due to the lack of grass and forage around.