Millend flock genetics broke records at Worcester on Saturday (1 December), raising a 6,000gns call, the highest for a Blue Texel ever sold at auction.

Stock sire Hackney All Gold was the highlight of a successful day’s trading for the Blue Texel breed, which featured the final instalment of several Millend dispersals.

The trade topper was bought last year by the Millend flock of Russell and Gill Watkins, Craswall, Herefordshire, for the 2017 top society sale price of 3,400gns.

All Gold is a Beili Blues Peter son out of a Whatmore Vaneer dam and originally caught the eye of the Watkins because of his “tremendous character and conformation”. He sold to Andy and Janet Carson of the Little Whisker flock, Northern Ireland. 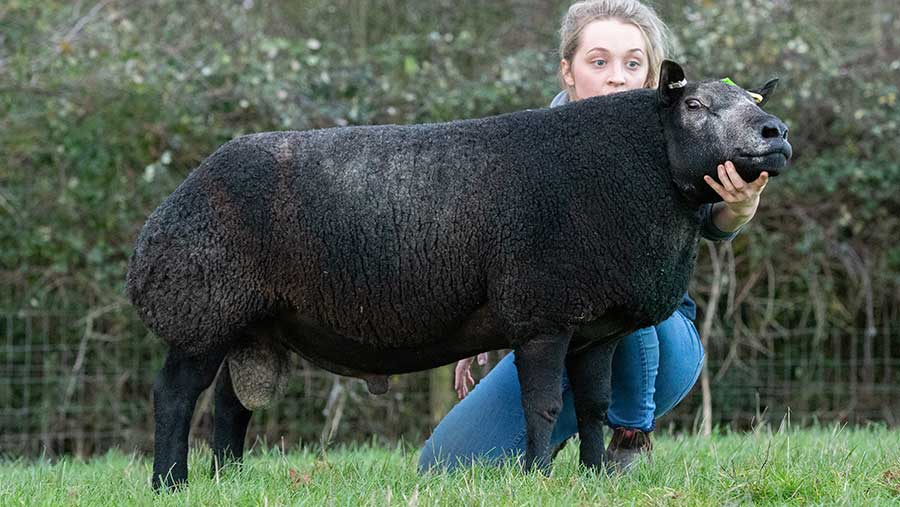 At 3,400gns was shearling ewe Millend Belle, a Nantyderri daughter, which topped females price for the Millend flock. She sold scanned in lamb with twins to Hackney All Gold and was also bought by Andy and Janet Carson. 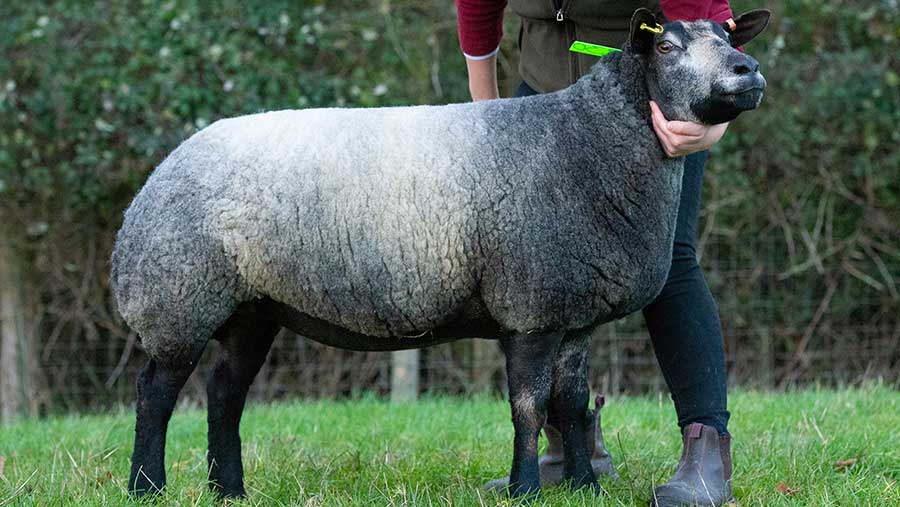 The society sale topped at 3,200gns for pre-sale champion, Pen-y-Bec Belinda, from David Roberts after the judging of Lesley Weatherburn, Yeat flock.

The stylish gimmer is by Sams Yama, is carrying twins to Hackney Boyo and is by Glyndwr Arrowsmith. She was knocked down to Victoria and Gill Bowring’s newly established Wind-mill flock, Mansfield.

The first prized ewe on the day made 1,150gns, selling to Iestyn Thomas, Sawdde flock. She was bred by breed stalwarts Sue and Aubrey Andrews.