Taking the day’s top price of 4,100gns was the pre-sale champion, a gimmer from Spiros Spyrou’s Gib Farm flock. This Hexel Wildcard daughter is out of a dam by Deveronvale Superb and sold carrying twins to Eden Valley Al. She sold to Graham Morrison for the Deveronvale flock. 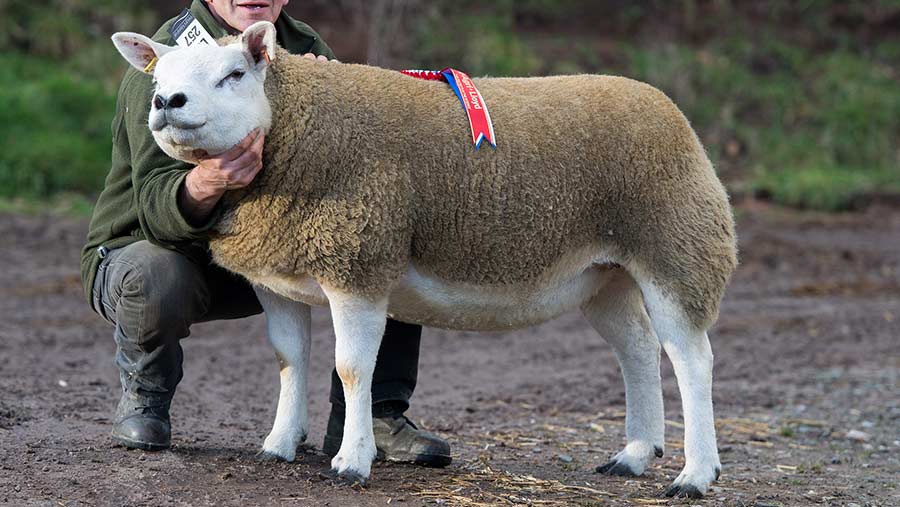 Taking the day’s top price of 4,100gns was the pre-sale champion.

Second best at 3,400gns was a gimmer from Gordon Gray’s Ettrick pen, an Ellen Valley Warlord daughter out of a dam by Sportsmans Unimog and in-lamb to the 17,000gns Usk Vale Albatross. She sold in a two-way split to Steven and Janet Symes, Anglezarke, and Steve Richardson, Stonebridge. 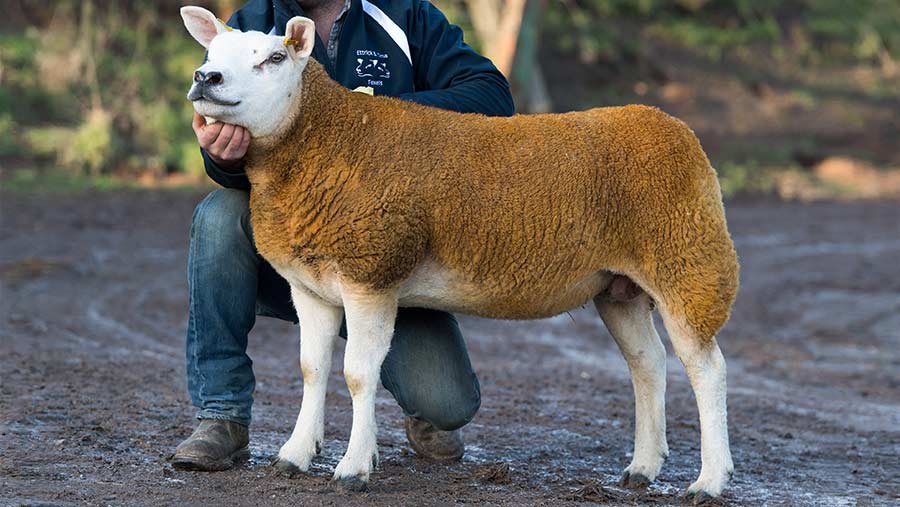 Making 3,400gns was a gimmer from Gordon Gray’s Ettrick pen.

Then at 2,000gns was another from Spiros Spyrou, another by Wildcard and this time carrying twins to Anglezarke Uno. She found a new home with AE Jones, Llangadog, Carmarthen.

Next best at 1,800gns was one from the Boden family’s Sportsmans and Mellor Vale flocks, with this being a Strathbogie Whiplash daughter. She sold to Robert Evans, Hope Valley, carrying twins to Deveronvale Aerostar.

And at 1600gns was the best of the sale from Peter Woof’s Stainton pen. This was an Anglezarke Uno daughter which sold in-lamb to Knock Yankee. She was the pick of Steve Smith and family, Pen Parc.

On the same day Beltex ewes sold to a solid trade of 1,300gns.

Sale leader was the day’s champion from Stuart Wood, from Skene, Aberdeen. This imported ewe, bred by Marc Beale, Belgium, was born in February 2015 and sold carrying twins to the 4,500gns Woodies Bojangles. The buyer was C and F Swinnerton, Market Drayton. 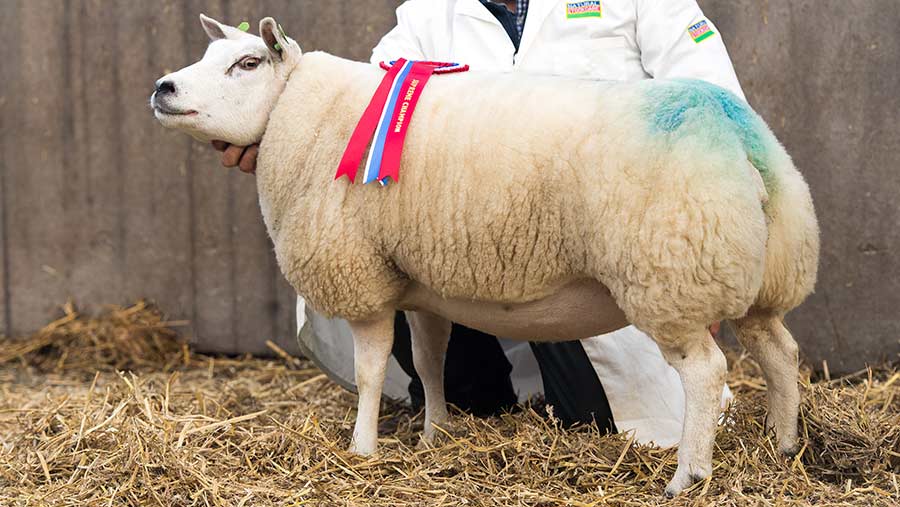 Leading trade for in-lamb shearling ewes at 1,150gns was the best out of a pen from the Horseclose flock of James Ycgarva, Cummertrees, Annan.

His pen leader was a Horseclose Birdie daughter which sold carrying a single lamb by Woodies Big Yin. She caught the eye of J Tilley, Henllan, Denbigh.

Next best at 800gns was a shearling from Andrew Morton, Denny. She sold in-lamb to Kingledores Battle-axe and also headed to North Wales, this time with TH Davies, Colwyn Bay.

Ewe lambs peaked at 1,300gns for Woodies Can’t Get Enough from Stuart Wood. This Tiree Benchmark daughter sold to A Davies, Llanelli.