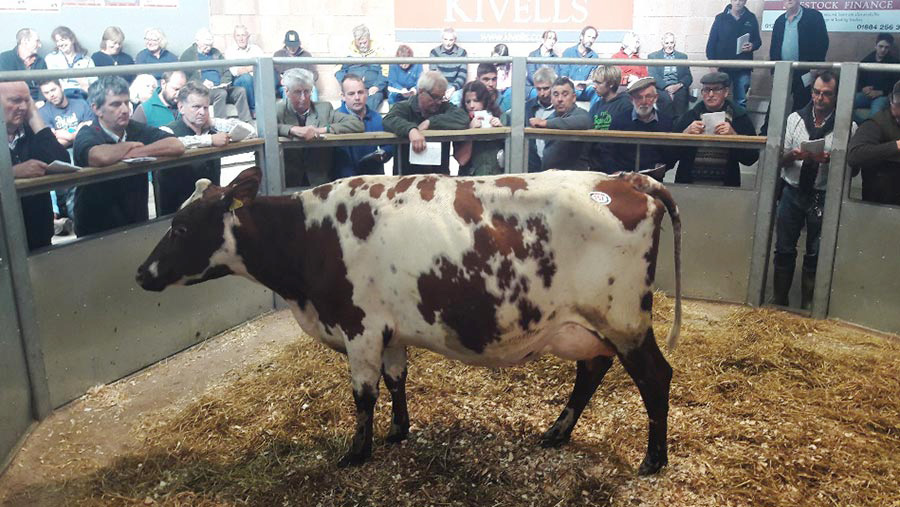 Topping the trade at 2,350gns was a late August-calved roan Shorthorn heifer, knocked down to the Vickery family, Dorset. This was followed by a Portledge Victorious daughter at 2,250gns, which was knocked down to Park Farm, Bath, which bought 30 lots in total and the seven dearest on the day.

Bidders were treated to an entry of balanced cows with good udders and great longevity, with 45 cows in their fifth lactation or old. Herd yields were averaging 5,931kg at 4.01% fat and 3.14% protein at a 182,000 cell count.