Bull averages were up £590 on the year, hitting £2,835 at the Devon Cattle Breeders’ Society autumn show and sale on Friday (6 October).

This follows the society’s spring sale trend, when trade increased and 16 bulls averaged £3,280. Friday saw a full sale ring of regular and new buyers and all 60 lots sold, with yearling stores averaging £840.

Sharing the top price of the day were the show champion and reserve, Exmoor Huntsman M16127 and Bollowal President M17073, respectively.

See also: Read all the latest news from around the sale rings 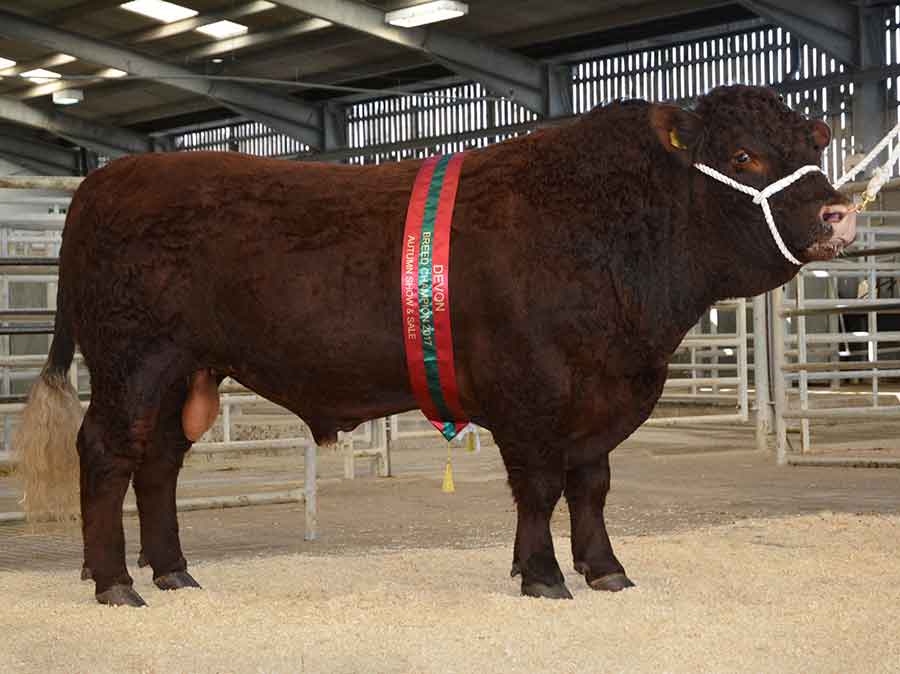 Huntsman (pictured above) was bred and exhibited by Messrs Poad & Slee, Furze Moor, Exford, Somerset, and caught the eye of bidder Bowldown Farms who took him home to Westonbirt, Gloucestershire, to join their Atlantic Herd. 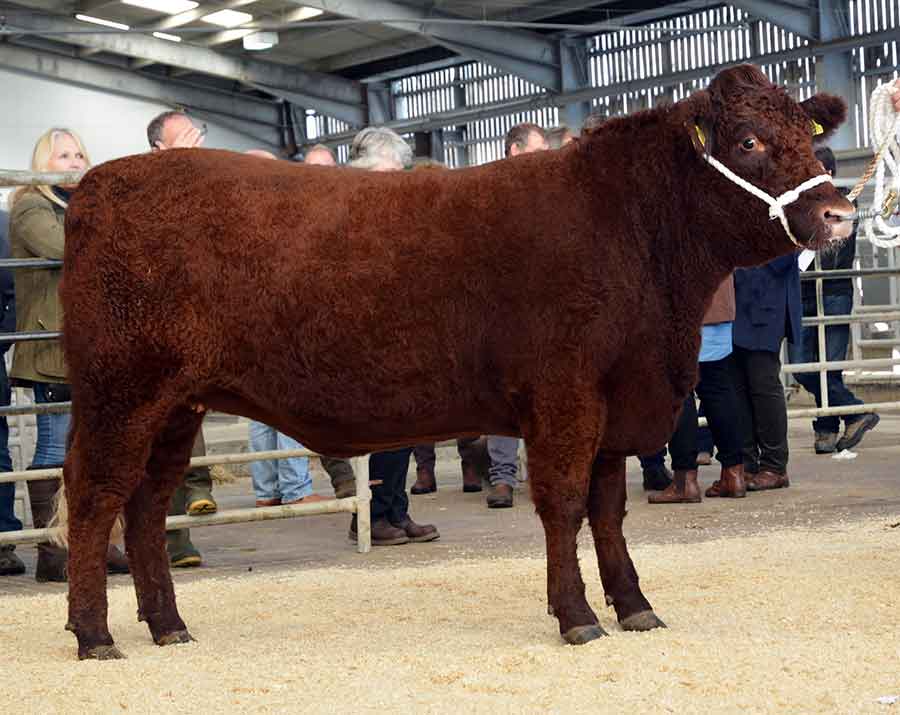 Bollowal Queenie 36th F160237 (pictured above) won the female sash at the show the day before and was knocked down to Paul Brewer of Donhead Hall, Shaftesbury, Dorset.

Along with several other females, Valentine 2nd went back to Derbyshire with breeder Richard Toon, Lower Grounds Farm, near Ashbourne, who is expanding his Okeover herd.

The top-priced cow and calf outfit was 1,700gns, bid for six-year-old Eastyard Jaylo 2nd with her heifer calf at foot. The cow went home to Roger Richards’ Morvah Herd in St Keverne, Cornwall, and her calf will be joining Ellis Grange’s Runningwell Herd.

The sum of 1,180gns was paid for 15-year-old Halsbury Pansy 49th (F2) SR03184, who was knocked down with her calf, to Nick and Julie Coles, Penrhiwfaen, Llandovery, Carmarthenshire.