More than 3,000 sheep and dairy and beef cattle went before judges at the last week’s Royal Highland Show, which saw record attendance of 188,810 people. 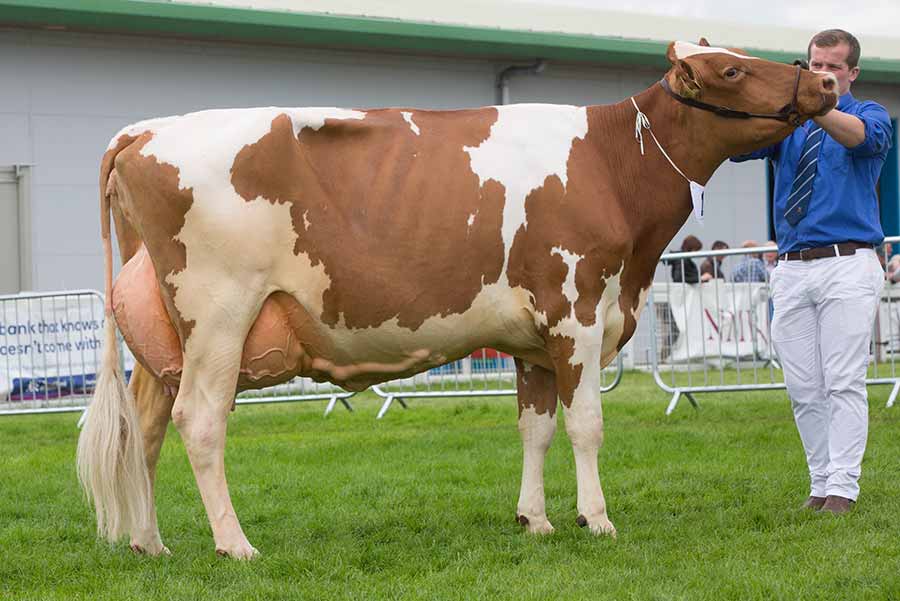 The third calver, sired by Poos Stadel Classic and out of Cuthill Towers Ellie 10, last calved in November and has produced 8,369 litres over 203 days.

She was the red-and-white champion at the show last year, but went one better this year.

“She’s a really good cow, with a really good show presence. Everything just came together when she was in the ring,” said Arthur Lawrie, who manages a herd of 275 Ayrshires and red-and-whites with his wife and two sons.

Judge Edward Crank, of Earls Gift Dairy Shorthorns near Chester, was also impressed with the presence of the winner.

“I like milky cows, and I like good legs and good feet,” said Mr Crank. “She had fantastic ring presence and her udder is fantastically well attached,” he added.

She was shown by Alistair Laird from Blythbridge Holsteins, who runs a 500-head herd of Holsteins in Peebleshire. 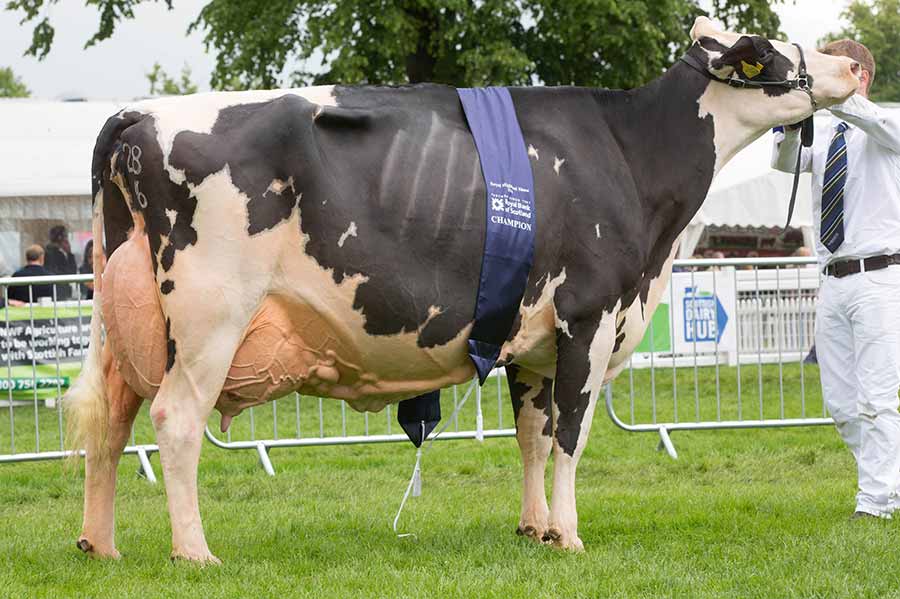 The fourth calver, sired by Braedale Goldwyn and out of Weisenfeld Talent Rosalee, last calved in September and has produced 16,026 litres over 274 days.

In the beef ring, Hereford bull Normanton 1 Laertes did one better than its mother by taking the interbreed beef title at the Royal Highland Show.

The October 2013-born home-bred bull – sired by Romany 1 Distiller and out of 2015 Royal Highland Show breed champion Normanton 1 Jews Ear C21 – fought off stiff competition from just over 1,000 entries to take the title. 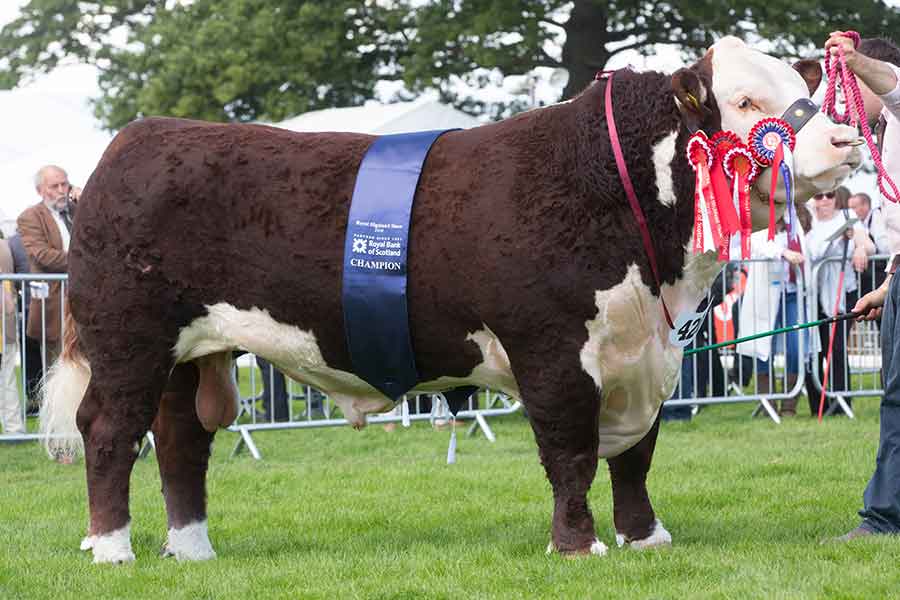 “It’s a dream come true because we were pipped to the post before at the Royal Highland with its mother,” Mr Livesey told Farmers Weekly.

Normanton 1 Laertes will next be shown at the Royal Welsh Show and perhaps the Great Yorkshire.

Mr Smith said he was impressed with “the power of the bull, and his character”.

“He walked well, he has really good legs, great length and fleshiness all the way through.”

Out of Grange Orleans and sired by Wilodge Ceberus – bought for 50,000gns in 2008 from the Wilodge Limousin herd – the April 2011-born WhinfellPark Glittered is currently in calf to the record-breaking £140,000 Truemans Jagger. 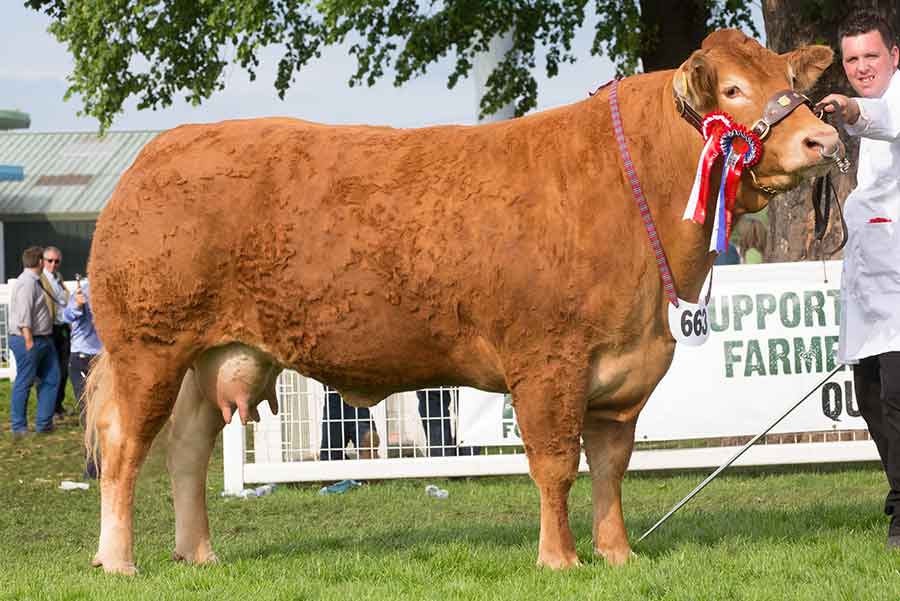 She was shown with April 2016-born heifer calf Whinfellpark Misschief – sired by Foxhillfarm Jasper – at foot.

The Royal Highland Show was only WhinfellPark Glittered’s second showing, having debuted earlier this month at the Cumberland Show, where she was named Limousin champion, interbred beef champion and the overall champion of champions.

She will next be seen at the National Limousin Show in Carlisle in July.

Sired by Wester Sensation, North Synton Ringmaster was bought for the Allens’ flock – managed by Billy and Kate Allen and their children Dallas and Ruth – for £4,000 at Lockerbie in 2014. 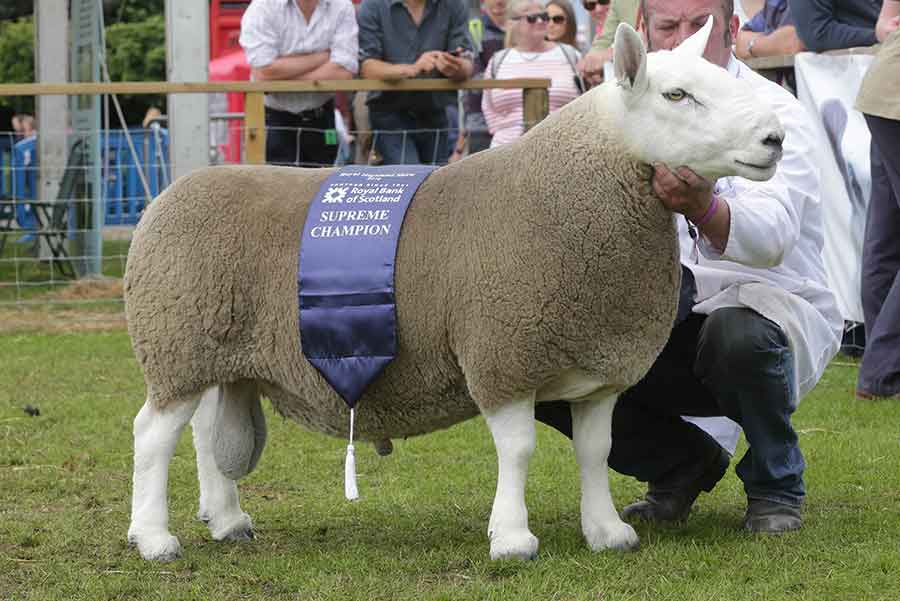 “We’re over the moon. We have put a lot of work in, but this makes it all worthwhile,” said Dallas. 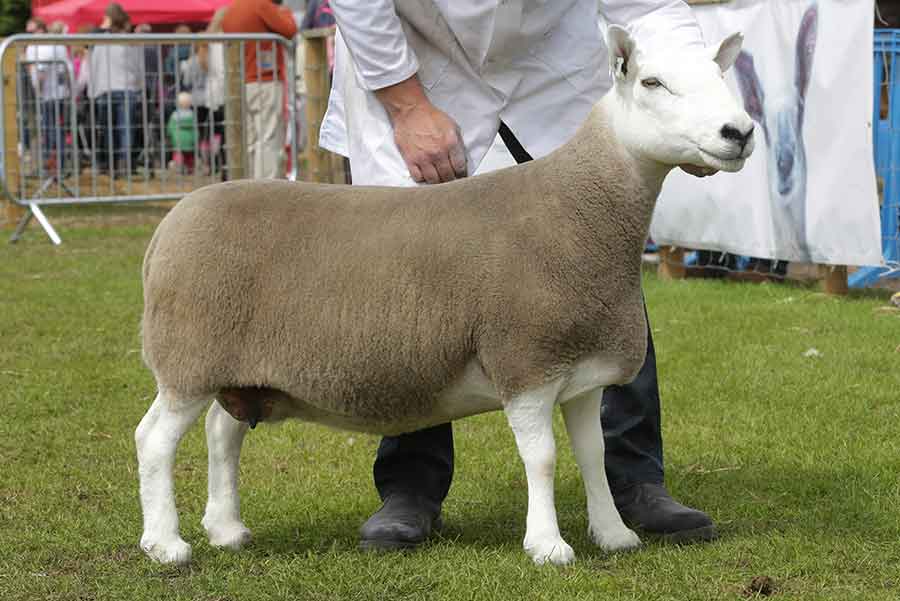 Of the reserve, Mr Irving said: “She is very feminine. She lacked a bit of power, but she’s only six years old.”