It was a bittersweet moment for Judy and Bridget Borlase, from Hertfordshire, who marked the birthday of their late husband and father, Paull, by clinching their first beef interbreed championship at the Royal Welsh Show on Monday (22 July).

Paull, who founded the Sacombe herd – the oldest in the yearbook – in 1970, sadly passed away one year ago. 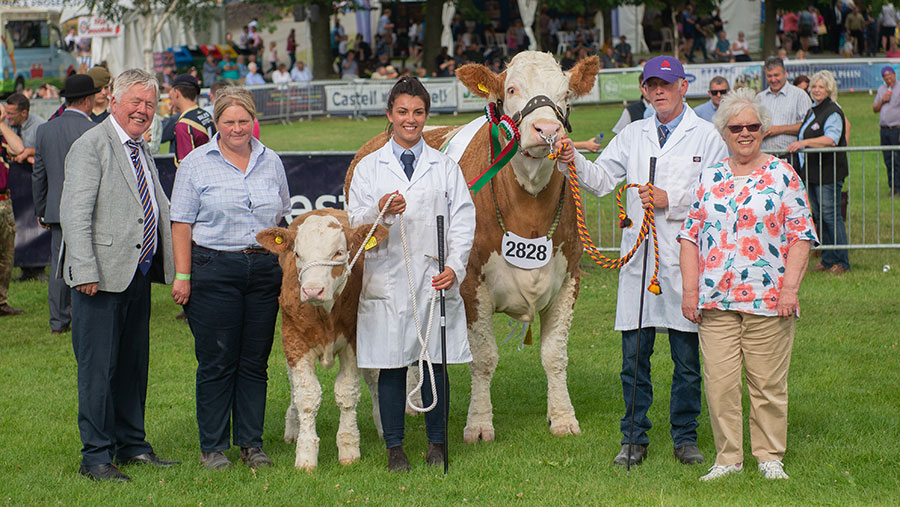 Bridget said he would have been very proud, as their home-bred seven-year-old, Sacombe Dandelion-Oma, was tapped out by the judge to a rapturous applause from the crowd lining the beef ring. 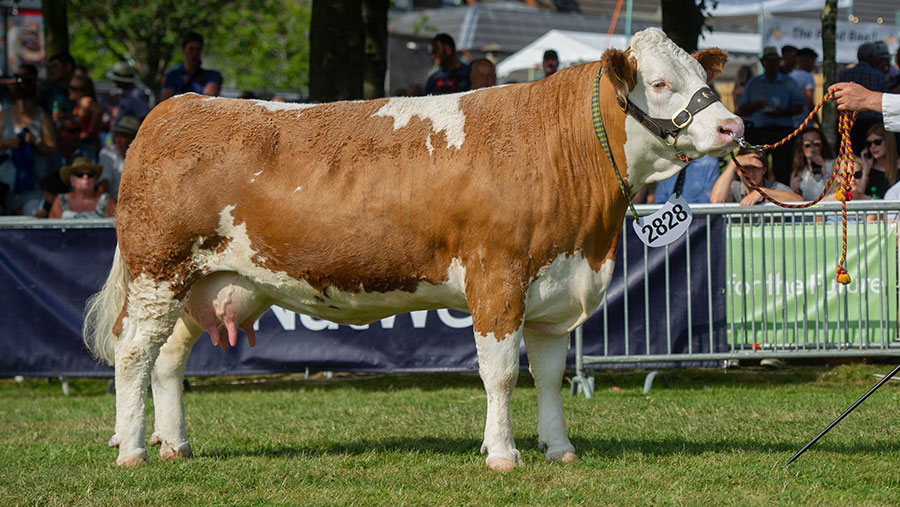 This fourth calver is sired by Clonagh World Class and is out of Sacombe Vivienne-Oma, a daughter of Rosten Pluto.

She was shown by the Borlase family’s stockman, Jimmy McMillan, alongside her April-born bull calf, Sarcombe Kite, by Sterling Gino, which was led by Millie Hendy.

She made her debut to the show circuit this year, winning reserve champion at Hertfordshire and was crowned national champion at the Royal Norfolk Show.

Marking their first reserve interbreed win was David and Sue Knight from Bristol, with their home-bred heifer, Doncombe Madhu, by the French sire Aramis and out of Doncombe Ishtar. 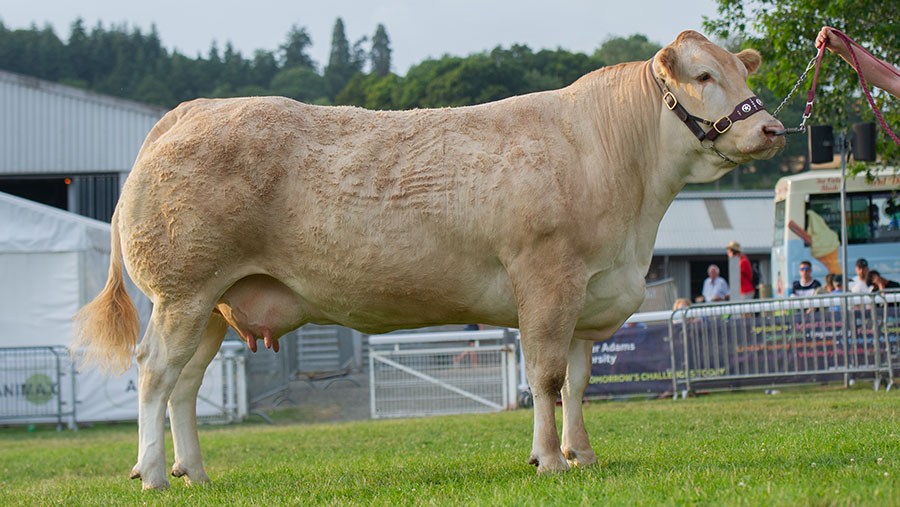 She was shown with her January-born heifer calf at foot, which was led by their granddaughter, Honor Meyhew, aged 14. He is sired by their home-bred stock bull, Doncombe Mulungu.

David said it was an amazing culmination to the day, after taking junior champion and reserve as well as the male breed champion with Mulungu earlier in the day.