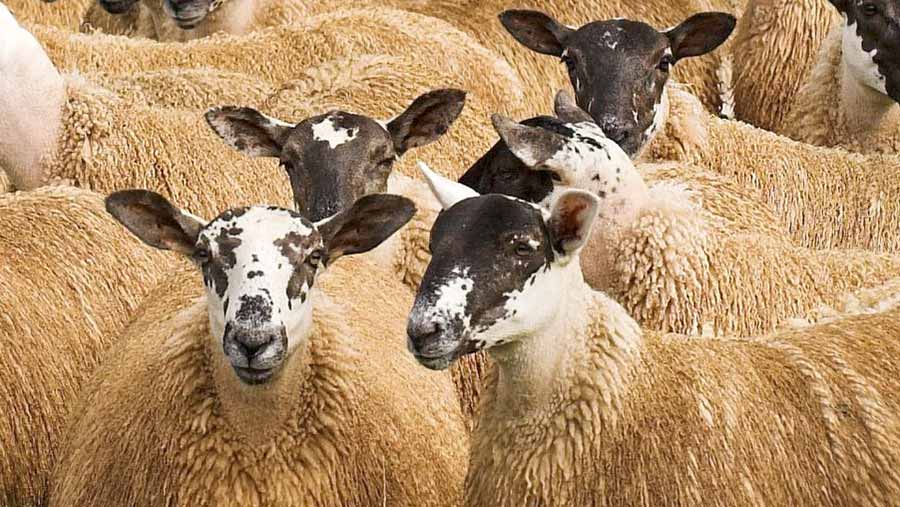 Early sales of Scotch Mules have seen lambs back £3-£4 a head and shearlings back by up to £10-£20 despite many sale yards reporting much smaller throughputs.

August and September shows of Scotch Mules have indicated the uncertainty of Brexit and the effect of challenging weather on sheep and buyers’ budgets.

However, a strengthening cull sheep market and much-improved late summer grass growth across many regions are bullish factors for trade going into the autumn, say auctioneers.

Markets have also noted that comparisons are being drawn with last year’s very firm trade, with many 2017 sales up on the year.

Ewe lamb and shearling numbers were back 14% at Castle Douglas, where Robin Anderson, managing director at Wallets Marts, says a combination of factors have dropped averages.

“Nobody knows what effect Brexit is going to have, but everyone you speak to seems to think the sheep sector could suffer the worst,” said Mr Anderson. “Lambs are bought for a five-year project, and Brexit is creating longer-term uncertainty.”

He said recent sale numbers had been affected by higher mortality during the difficult early spring period and many hoggs being culled when the lamb price skyrocketed in the new year.

“Top pens weren’t back as far, but second and third pens were back more for our Mule lamb sale. Some buyers weren’t forward this year,” said Mr Anderson

Last week’s (3 September) Blackface ewe lamb sale saw the opposite trend, with trade £8 higher and less money available for the top pens, but more interest in the second and third pens. A total of 1,940 ewe lambs averaged £87.76 compared with 2,726 making £79.83 last year.

Auction operations manager Alastair Logan said a lot of lambs were much smaller than last year, which hit lamb averages, while shearlings were affected by supply and demand, with buyers being able to “pick and choose”.

“Half the gimmers [shearlings] were lacking in quality, but that’s understandable because of the tough winter and lack of grass. Gimmers need grass, whereas lambs can thrive off their mothers.”

He added: “Some vendors had nearly as many lambs, but other people were selling half the numbers – it was a tough winter.”