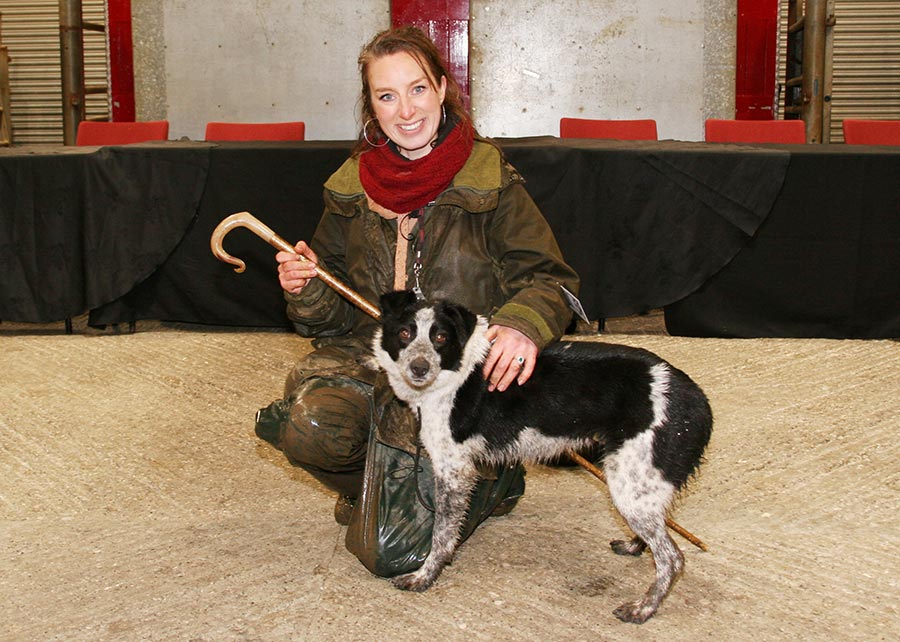 Shepherdess Emma Gray smashed the world record for a consecutive year when she sold sheepdog Megan for £18,900 at Skipton last week (21 February).

Two-and-a-half-year-old Megan is bred from a family of champion trialling dogs. Her father is the two times international Sheepdog Society champion Roy, from Welsh breeder Ross Games, Talgarth. She is out of County Durham-based Lynne Moreland’s Maggie, who is a litter sister to Littledale handler Ricky Hutchinson’s international supreme winner Jock.

She sold to US-based wagyu cattle breeder and oil and gas owner Brian Stamps, who made the bid by telephone from his home in Oklahoma.

Speaking after the sale, Mr Stamps said: “I did not know about Emma but read posts she made about a Facebook group and this caught my attention when I had seen a video of the dog working and how she handled cattle.”

Megan will trial in the US before retiring to Mr Stamp’s ranch. He also hopes to breed from her using Groesfaen Jock, a son of Welshman Aled Owen’s Mac.

Ms Gray took on a remote National Trust tenancy in Morpeth aged 23. Now 33, she runs a flock of North of England Mule sheep and commercial suckler cattle at the 150-acre Fallowlees Farm, where she also breeds and trains sheepdogs for work and trials.

She was over the moon with the sale, saying: “You hope for a good fee, but it was still a surprise.”