Heifers sold to 2,450gns at Rugby Farmers Mart in the first sale of pedigree Shorthorns in the Midlands for a very long time.

As proof of the breed’s popularity, Rugby Farmers Mart introduced a new section for beef Shorthorn cattle to its spring breeding sale on Saturday 14 May. 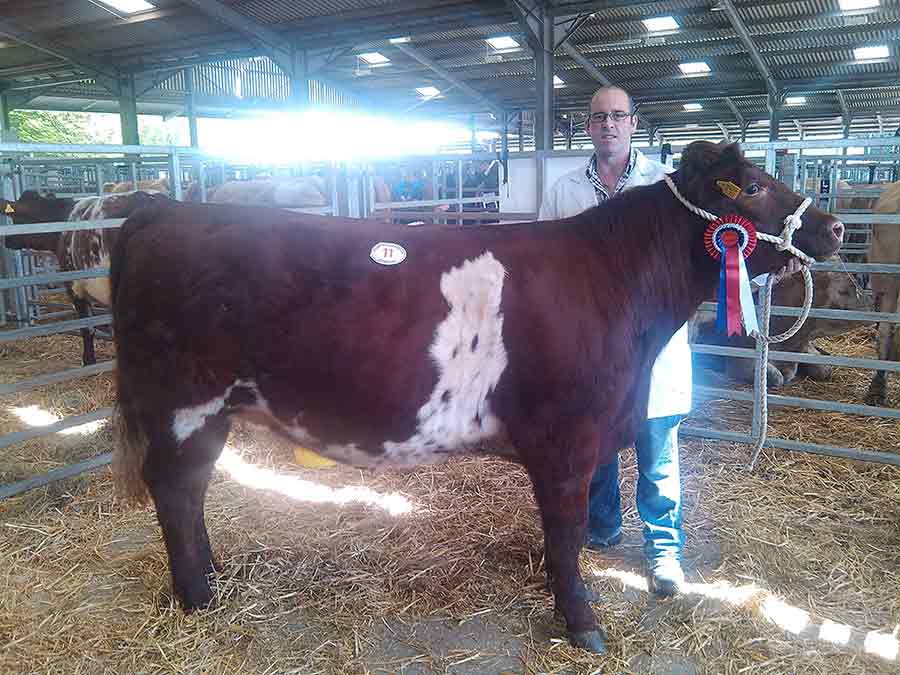 Sired by Balgay Elden and out of Ballylinney Wheat 1025, Plynlimon Wheat went to Messrs Fenemore, Buckinghamshire, for 2,450gns. 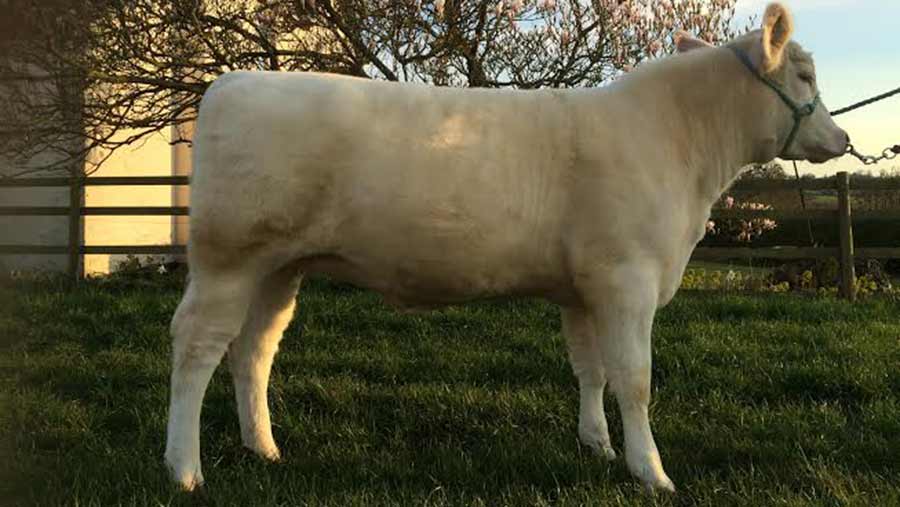 Slightly ahead of the reserve champion in price at 2,200gns was Redhill F Eva Broadhooks 10, an in-calf heifer from Brenda Wear, Bristol. The two-year-old went to M Moss for his Uxbridge herd.

Outside the Shorthorn sale, Wroxall Fifi-Primrose, an in-calf Simmental heifer from the Wroxall herd, Warwickshire, took the top price of 1,780gns.

Due to calve for the first time in November, she went to C Tucker, Devizes, Wiltshire. From the same herd, Wroxall Fruitella-Primrose went for 1,600gns to Messrs Windridge, Coventry.