The Green family, Fochabers, led Simmental trade at Stirling on Tuesday (18 October) when their champion, Corskie Gingersnap 15, sold for their best price yet of 25,000gns to show judge Vikki Wood and her husband Jimmy, Preston, Lancashire.

Sired by Bel Dhu Capercaillie 11 – who was purchased at Stirling in 2013 for 45,000gns – this January 2015-born bull is out of the Popes Laird daughter Corskie Winola. 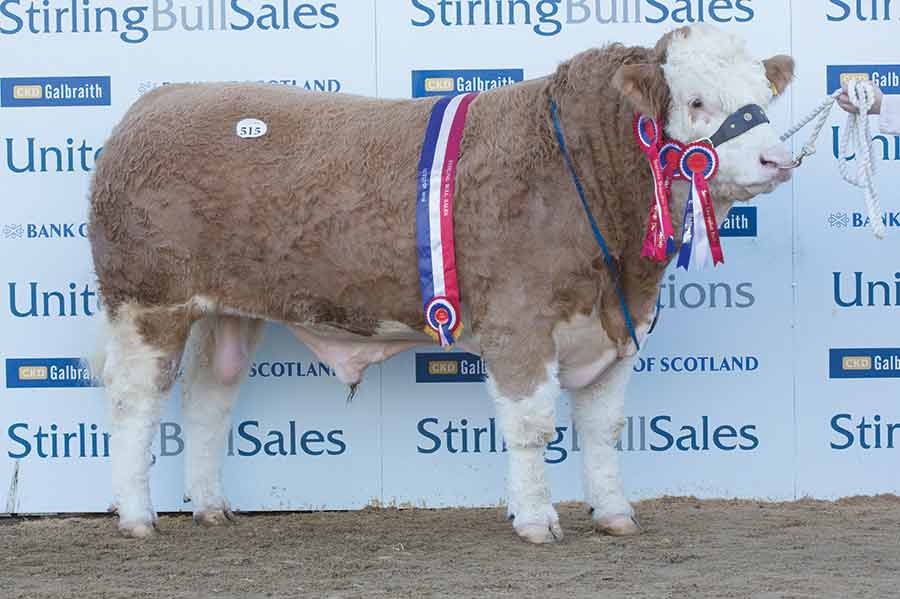 He won junior interbreed and male champion at the Royal Highland Show earlier this year and boasts a TSI of +66 and an SRI of +72.

Two bulls then made 12,000gns. The first of these to sell through the ring was Islavale Galahad from Mr WS Stronach, Grange, Keith.

He is the first son of Atlow Dixon 12 to be sold at auction and is out of Islavale Teresa by Glenturk Premier. Buyer was AD Sutherland, Elgin, Morayshire. 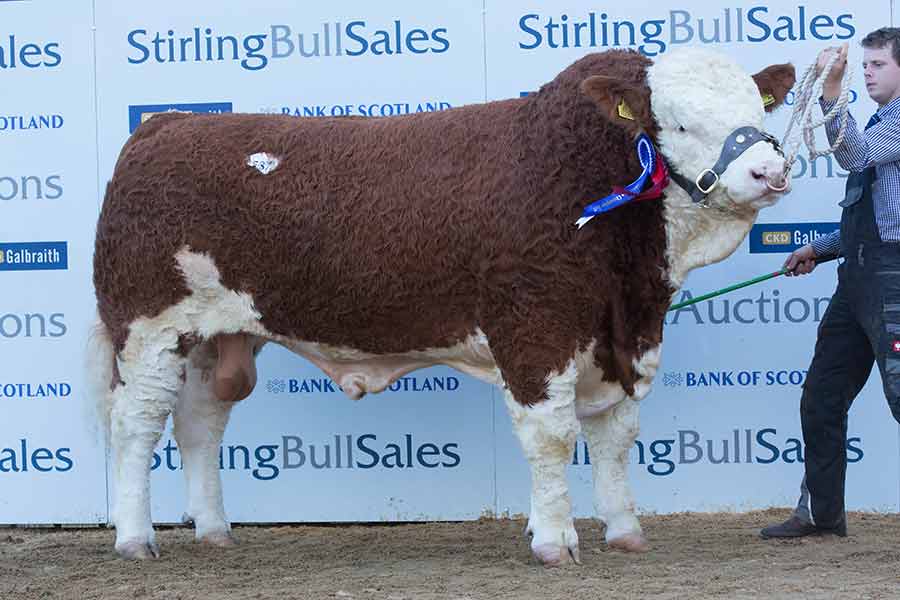 Iain Green was back in the bidding when selling Corskie Griffin for 12,000gns to C Thompson, Midmar, Aberdeenshire. By the same bull as the sale leader, he is out of the Ballinalare Farm Nightrider daughter Corskie Bethina. 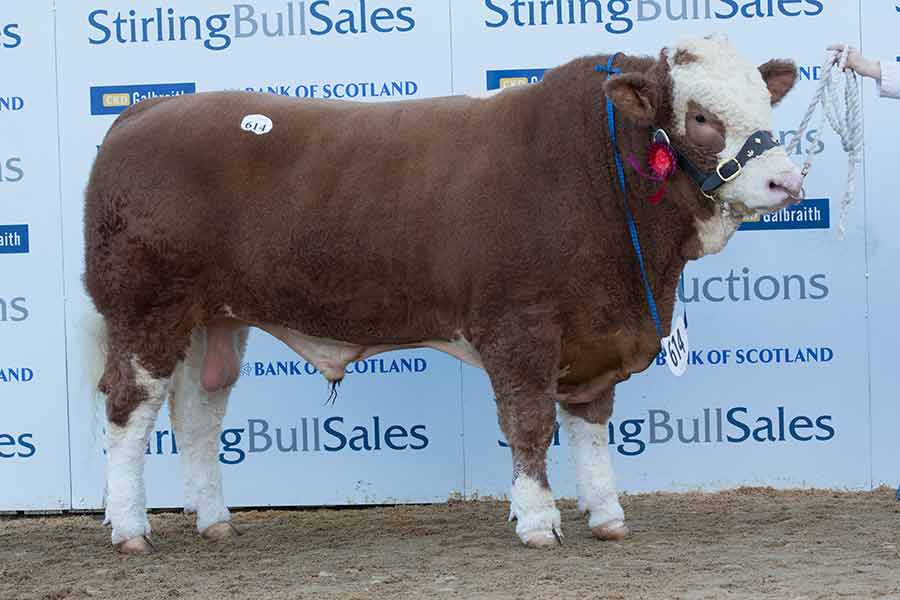 Sired by Hockenhull Waterloo, he is by the Kilbride Farm Strabane daughter Blackford Wagtail and is a full brother to Capercaillie – sire of the sale leader. 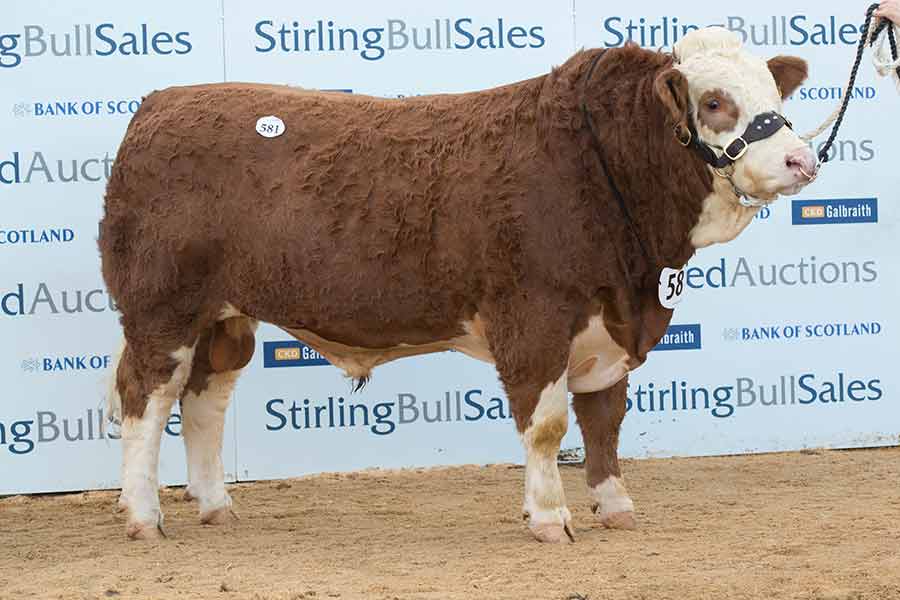 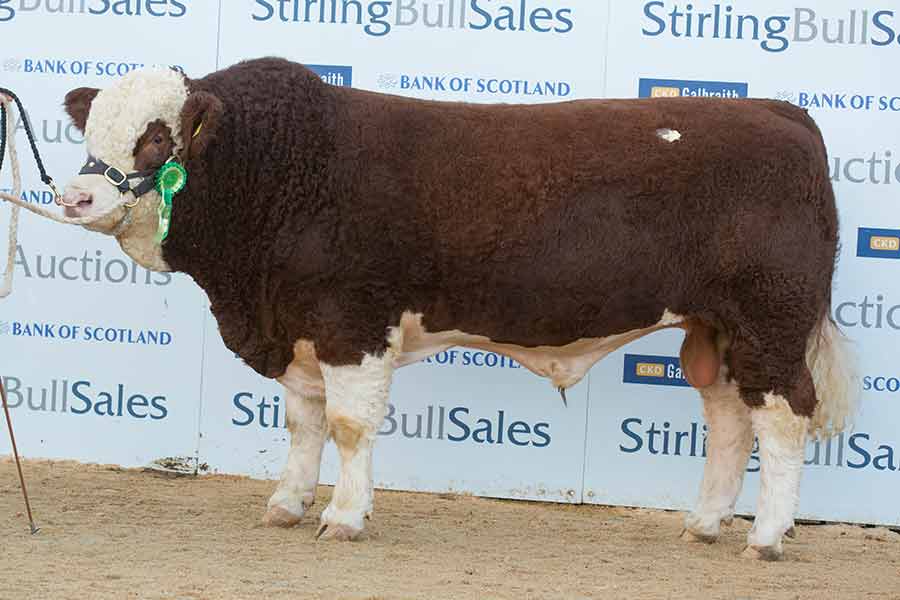 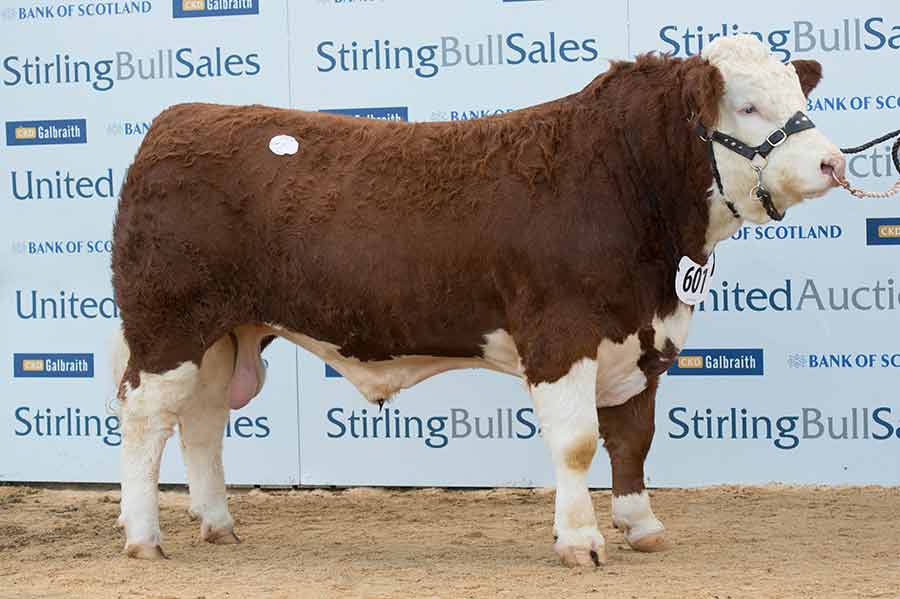 The reserve junior champion Corrick Gareth from C McIlawaine, Newtonstewart, sold for 10,500gns to TC and G Greenhill, Angus. Sired by Carberry Carribbean, he is out of a home-bred dam. 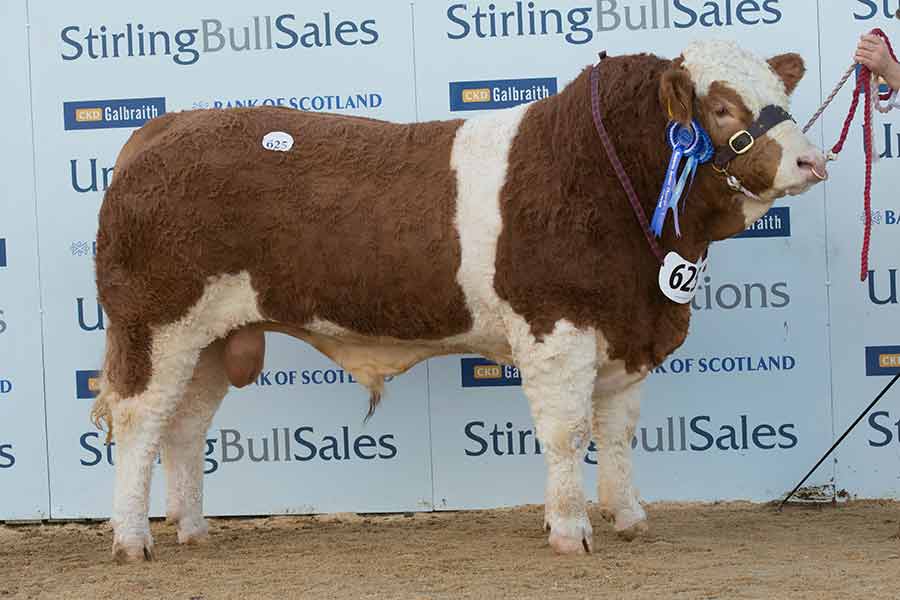 The final bull to sell for 10,000gns was Islavale Gaelic from WS Stronach.

Sired by Curaheen Bandit and out of the Popes Laird daughter Islavale Bethany, he caught the eye of A and J Craig, Castle Douglas, Kirkcudbrightshire. 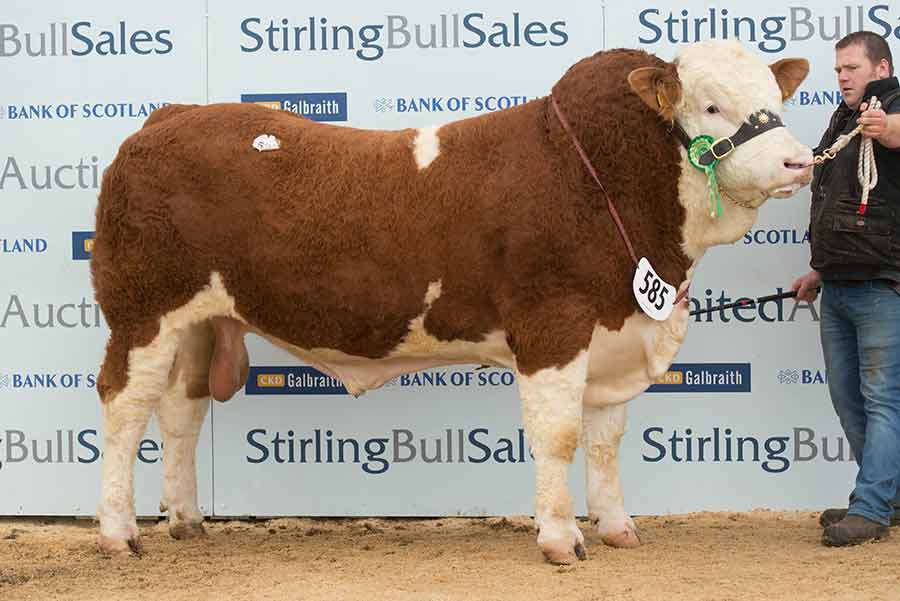 Cows from Hector MacAskill’s Woodhall herd dominated female trade in the Simmy ring on Tuesday (18 October), when he dispersed the spring-calving portion of his herd.

Prices rose to 16,000gns for the 2011-born Woodhall Charmaine, with her heifer calf, Woodhall Helena, at foot.

By Woodhall Volcano and out of Woodhall Rebeka, she sold in calf to Raceview Allstar to C Traynor, Armargh. 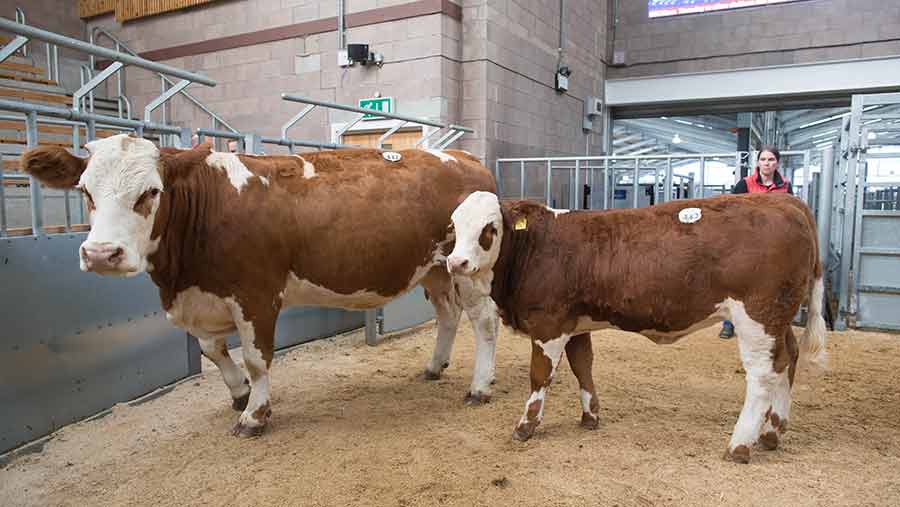 He also purchased Woodhall Eclipse, a Kilbride Farm Bantry daughter out of Woodhall Storm for 7,500gns. She sold with her bull calf, Woodhall Harlow in tow.

Next in the money at 9,000gns was another entry from the Woodhall herd, Woodhall Delightful. This Raceview AllStar daughter is by Woodhall Brandie and was sold in calf to Corrick Geraldo.

She sold with her heifer calf, Woodhall Helki, at foot. Buyer was C McIlwaine, County Tyrone.

Another Raceview All Star daughter was next in the money at 7,000gns with Woodhall Extra. By Woodhall Pixie she sold in-calf to Corrick Geraldo with her bull calf Woodhall Howard at foot. Buyer was G Brown, Penicuik.