A markedly better clearance rate and a top price of 26,000gns was reported by the Suffolk Sheep Society at its Scottish Show and sale at Stirling last week (28 July).

A very pleasing trade drew interest from across Europe and from over 425,000 Facebook users, seeing clearance rates lift from 61% to 74% on the year with 20 more sold.

Topping trade at 26,000gns was a Solwaybank consignment by Lakeview Harbinger and out of a Solwaybank Solario dam and a Rhaeadr Rastafari grand dam from I and J Barbour, Annan, Dumfriesshire.

He knocked down to Phil Poole who was buying for the Salopian Flock, Shrewsbury, as the Barbour’s seven rams levelled at £5,895. 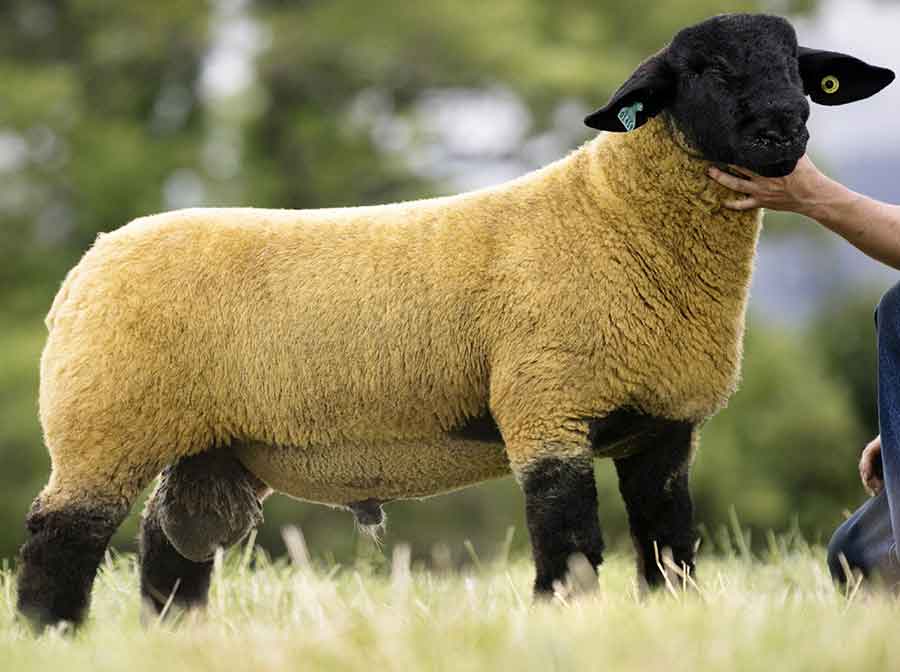 A strong trade topped at Stirling with the Barbours, Annan, of the Solwaybank flock © CATHERINE MACGREGOR 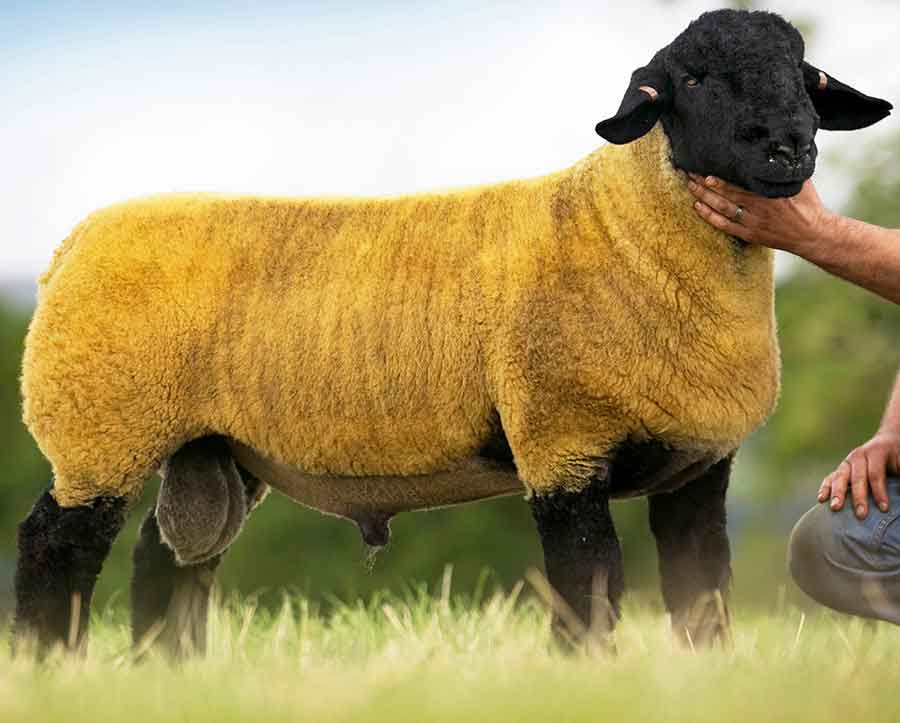 Second best on the day at 24,000gns was the Strathbogie flock, knocking down to Helen Goldie and Gordon Mackie © CATHERINE MACGREGOR

Two lambs then made 12,000gns from the Stockton flock and the Cairness flock. John Sinnett saw a Roy Hiddlestone bid secure his top grossing ram lamb for the Irongray flock, Dumfries.

Suffolk Sheep Society chief executive Robin McIlrath said the sale had been pleasing and that achieving a 74% clearance was excellent for the breed.

He added: “This is the first year the Suffolk Sheep Society has broadcast sales live on Facebook and our Facebook feed has been a staggering success this year. At Stirling alone we reached nearly 425,000 Facebook users, and had 21,000 individuals watching our Show and Sale at some stage over the two days.”