A small but high-quality offering of Charolais bulls and females hit highs of 5,500gns, 5,400gns and 5,200gns on Friday (17 November), as bulls were slightly back on the year.

An offering of 15 bulls made £3,304 – £150 back on the year – and topped at 5,500gns for Whitecliffe Mountain from North Yorkshire breeders Mark and Jane Hayhurst, Kirbymisperton, Malton.

After already producing commercial progeny that have hit market specification in 12 months and nine days and then claiming the reserve supreme and reserve male rosettes, Mountain was knocked down to G McClanachan and Sons, Torthowold, Dumfriesshire.

He is by Whitecliffe Highlight and out of Whitecliffe Harriete, a daughter of the 38,000gns Goldies Champion. 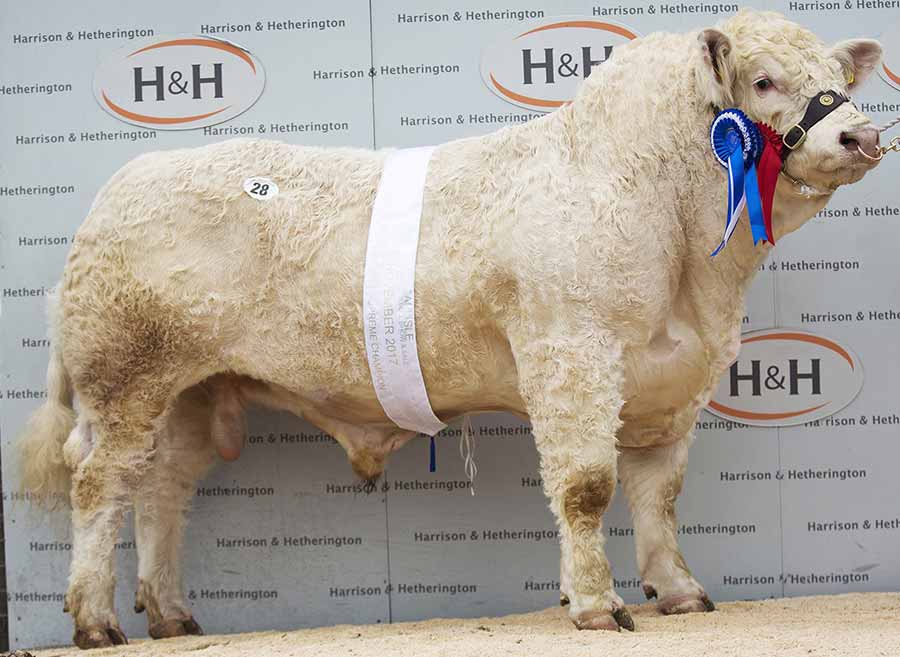 Whitecliffe Mountain hit a top price of 5,500gns for Mark and Jane Hayhurst

Next at 5,400gns was another North Yorkshire-bred sire, this time from Jean Atkinson, Malton. Bassett Magnet is by Bassett Inspector and out of Thrunton Troubadore daughter Bassett Dolly. 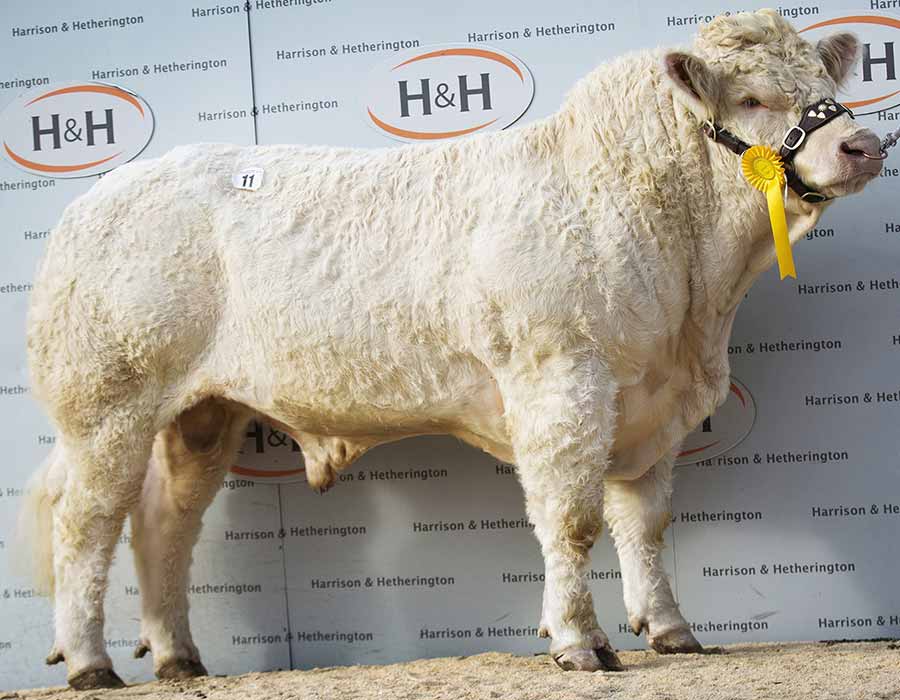 At 5,200gns was supreme champion Glenbuck Mint from Robin and Damien O’Mullan, Rasharkin, County Antrim, which was bought by AJ Ewing, Annan, Dumfriesshire.

This 19-month-old prize winner is by Major and out of Yambo Hanora, which goes back to Doonally New. 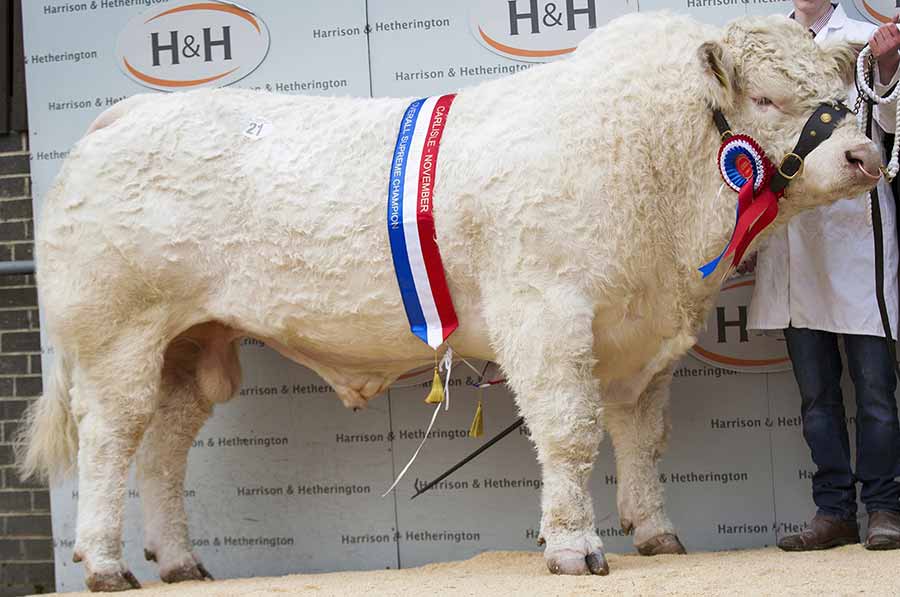 Holtstead Lottie from Fred, June and Emma Andrews, Holmfirth, West Yorkshire, made 3,800gns when knocking down in calf to David Hazell, Bicester, Oxford.

Lottie is by Balthayock Hamish and out of Gretnahouse Archangel daughter Thrunton Debutante. She is rated +10 for milk, ahead of a breed average of +7 for the year.

Close behind at 3,700gns, also from the Andrews family, was a cow-and-calf outfit, knocked down to JR Germany, Coltishall, Norfolk. 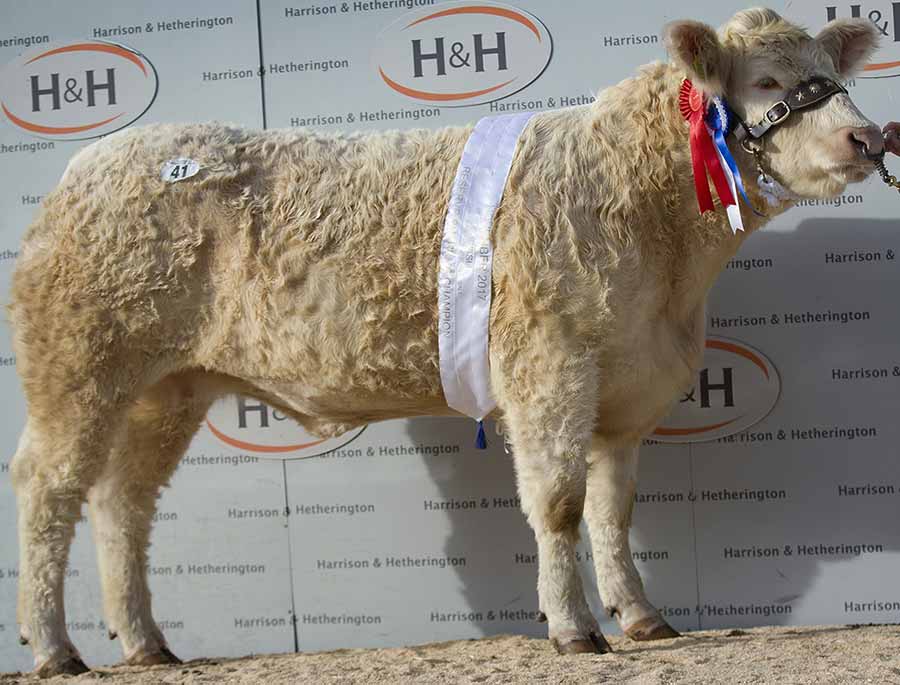 Holtstead Lottie made 3,800gns for the Andrews family, Holmfirth