Eight bulls above 10,000gns and a dizzying 30,000gns top call saw averages inch higher in the Simmental ring at Stirling on Monday (21 February) to record levels.

The £6,835 record average was largely down to the Lancashire bull Denizes Lancelot from the Barlows, Four Oaks, Leyland. This is the second-highest bid for a Simmental bull sold at auction.

Lancelot is by the Denizes Fantastic son Impeccable and is out of the Ashland Tornado dam Hannadante, who bred the 15,000gns Gallant.

The winning bid was from Richard McCullogh of the Overhill House herd, Armadale, West Lothian. Some semen was retained for use at Four Oaks. 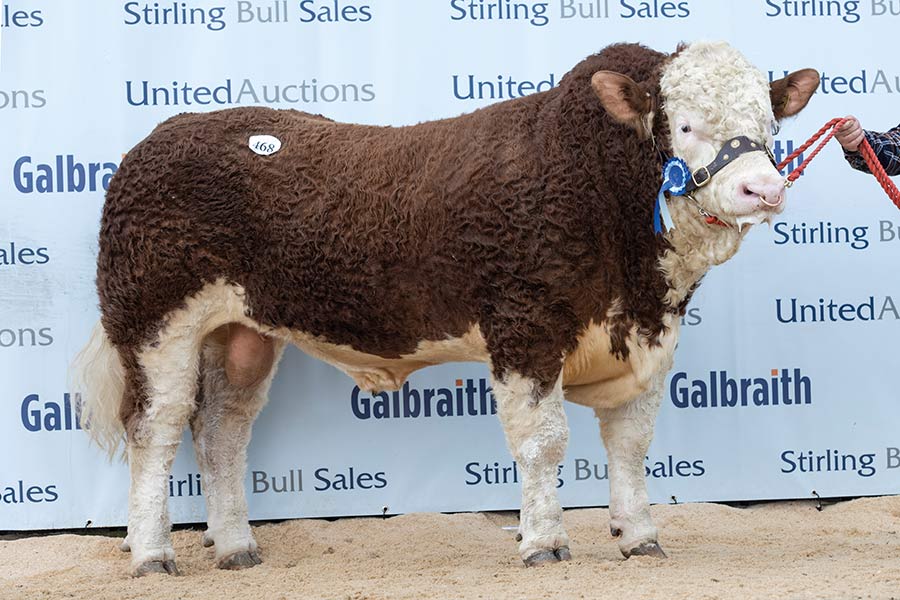 At 16,000gns was Ranfurly Limelight from the Hazeltons, Cohannon House, Dungannon. He is an Auchorachan ACDC son of the 2017 Northern Ireland female of the year, Raceview Goldie Dreamer. Goldie Dreamer is by Kilbride Farm, Bantry.

He is by Team Celtic and out of the Wolfstar Wotsit dam Ellie, making him a full brother to the 18,000gns Jackaroo, overall champion at Stirling in February 2020. 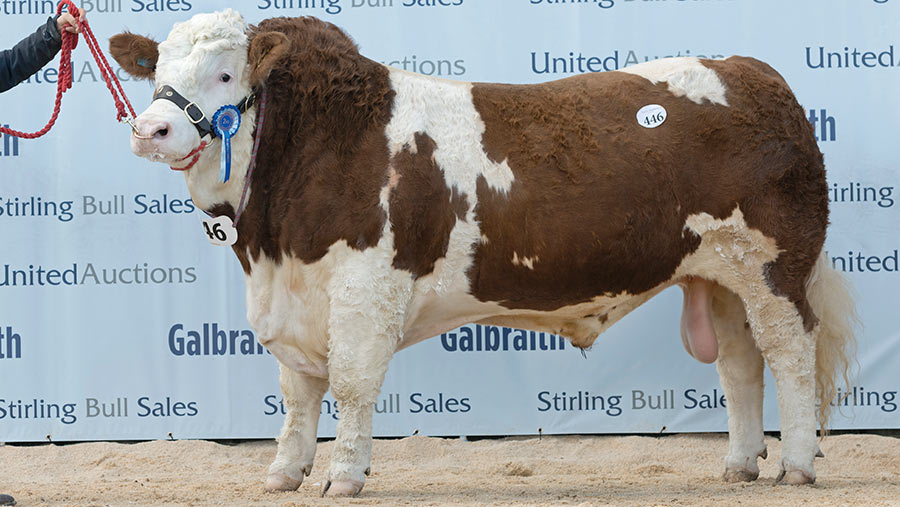 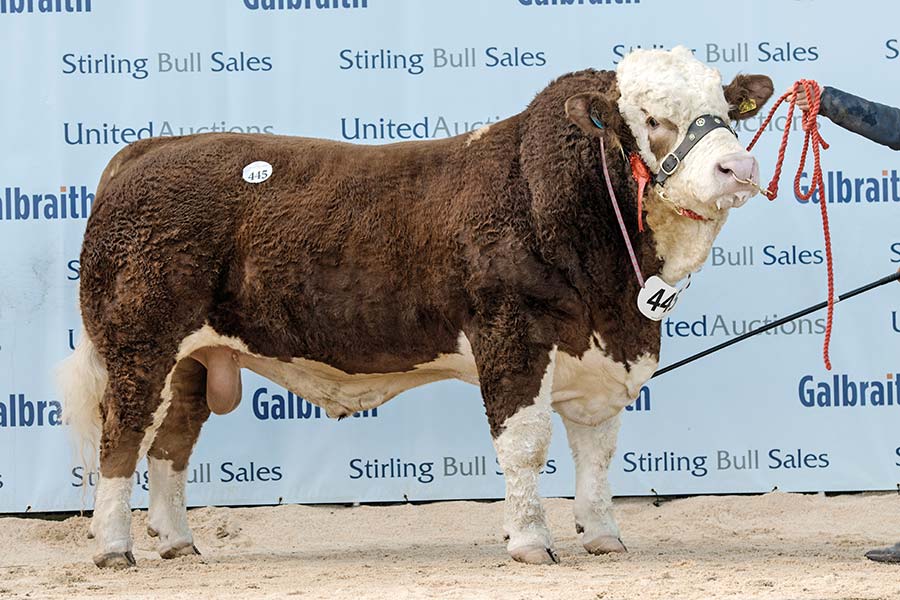 Las Vegas also goes back to Team Celtic, but this time on his dam’s side. He is out of Wolfstar Gladrags and by the Curaheen Bandit son Islavale Guy.

London is a Corskie Highlander son who goes back to Dirnanean Bradley. He is out of a Curaheen Vobster daughter called Benita.

Next for Islavale was the first of three 10,000gns calls. Islavale Lockdown sold to AR Bulmer, Coultas Farm, Malton. Lockdown is a heifer’s calf by Shacon Hannibal (EX94). He goes back to Curaheen Giant 2 and is out of a cow called Teresa. 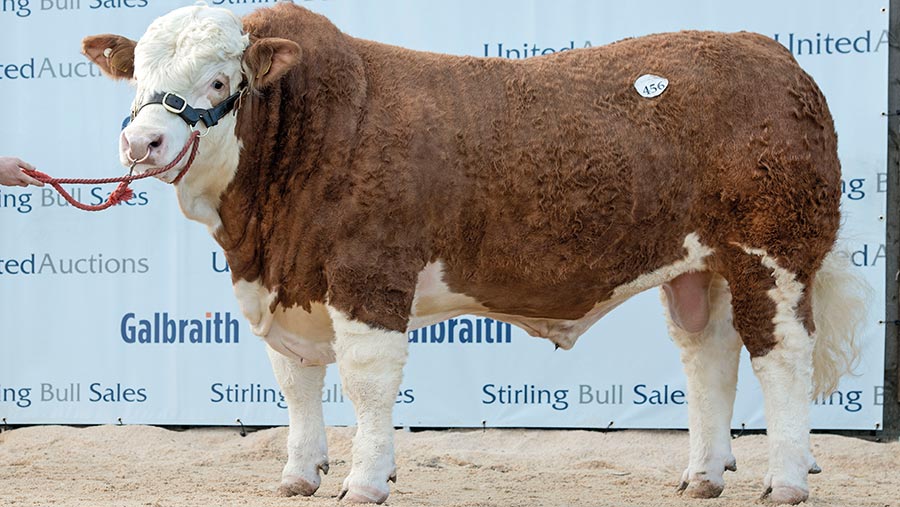 The Ballinalare herd sold Farm Legacy to R and N Barclay for 10,000gns. He is by Kilbride Farm, Bantry, and out of an Auchorachan Wizard daughter. 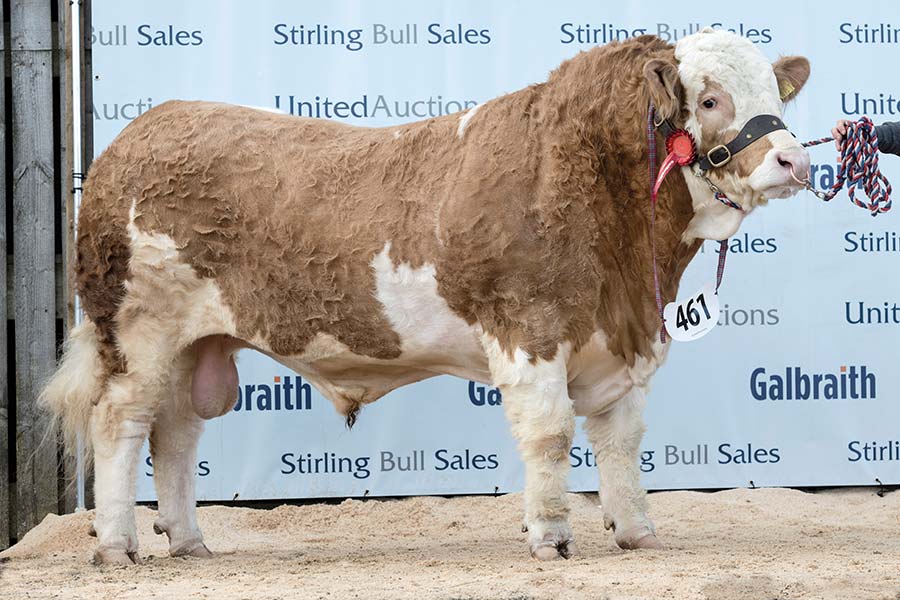 The Barlows were then back in the money with a 10,000gns bid for the Denizes Impeccable son Denizes Logic from Arian Ivory of Strathisla Farms, Perth.