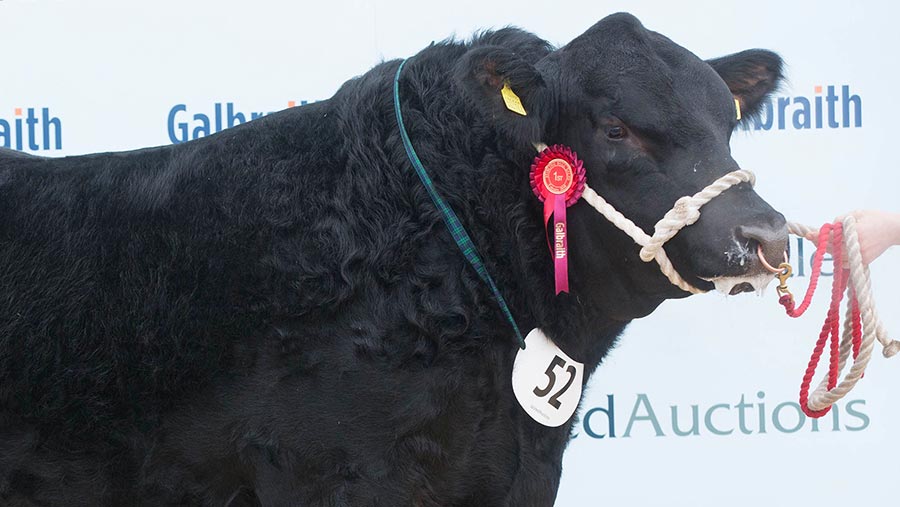 Leading the pack was the first-prize Thrunton Panther S922 (lot 52) from Messrs JHC Campbell of the Thrunton herd in Alnwick, Northumberland. This son of Hallington Edition M362 sold to Messrs Fraser of the Idvies herd, Forfar. 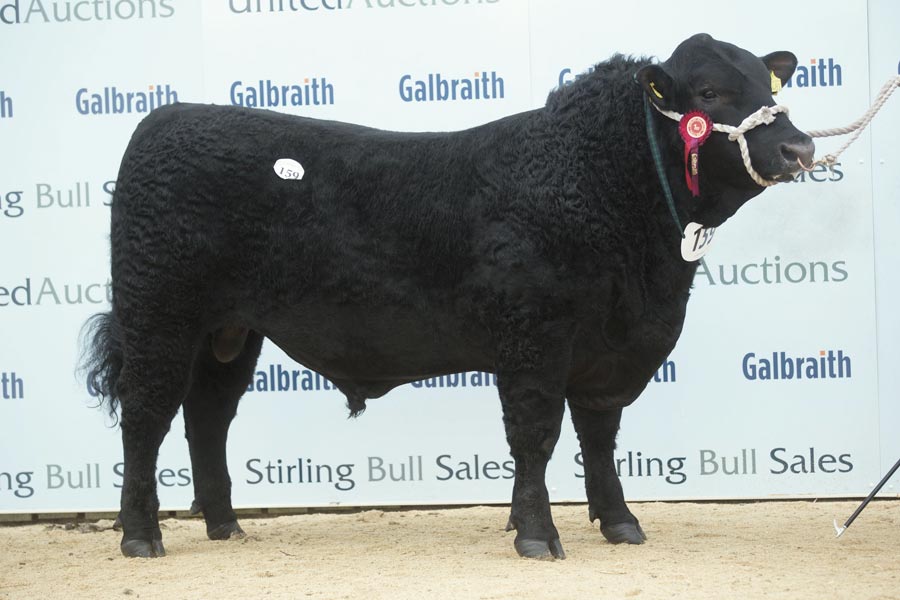 Second in the bidding was Wanda Hobbs’ Ellin Ergo S481 (lot 159) from Wedderlie, Gordon, at 14,000gns. Out of the home-bred Ellin Eragile M671 and by Wedderlie Target L387, he was the pick of Robson and Co, Yatesfield, Newastle. 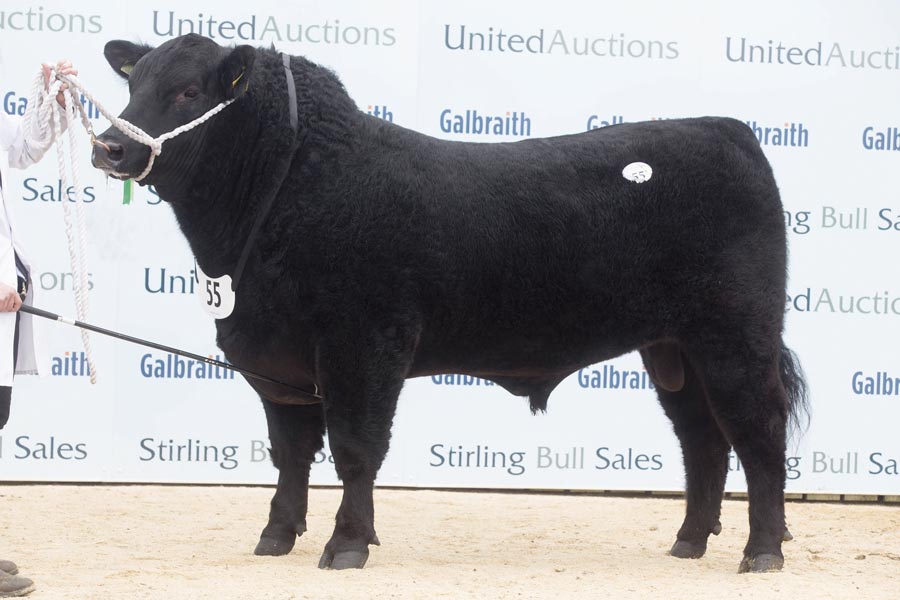 Then selling for 12,000gns was Dallas Allen’s Stouphill Lord Ramon (lot 55) from Humbleheugh, Alnwick. This bull is a son of the famed Duncanziemere Jigsaw and is out of Rawburn Lady Rose. He stood third in class behind the sale leader. With a self replacing index of +54, he was snapped up by Alasdair Houston, Gretnahouse. 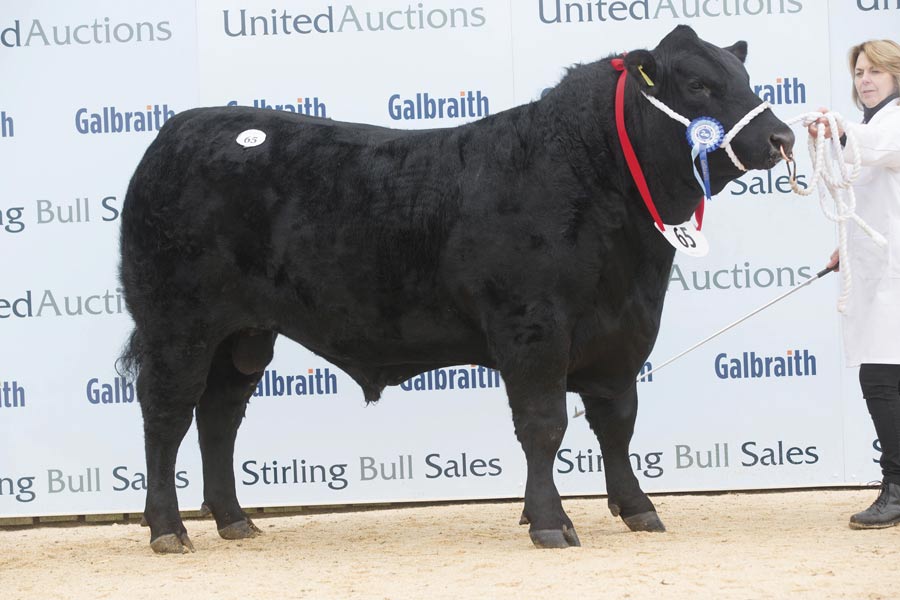 Deveron Eldon S554 (lot 65) from Hamish Sclater, Dunlugas, Turriff, made 10,500gns when selling to Vance Ltd of Whithorn, Newton Stewart. He is a son of Belhaven Dryburgh Abbey out of Deveron Elise.

The first was Linton Gilbertines Profile (ET) from Trustees of the late Gordon Brooke, Earlston. This son of Rawburn Elysium is out of Lockerley Primrose who was once purchased for 14,000gns, and went to Page Farms, Bedale, North Yorkshire.

Next was the senior champion Logie Explosive from AJR Farms, Milton of Collieston, Ellon and bred by M Bruce and Partners. Out of Rawburn Enoch by Logie Elegant, this one went to J and E Campbell, Alnwick.

Another to sell at the same money was Tonley Eagle S279 from Neil Wattie, Mains of Tonley, Alford. This one carries Tonley breeding on both sides, being by Tonley Essien and out of Tonley Ester. The new owner is Macfarlane Farms, Duns, Berwickshire.

Another at 10,000gns was Belhaven El Burladero S133, from J Gilmour and Co, Penston, Macmerry. Son of Gretnahouse Blacksmith by Weeton Easton Anne, he sold to AR Bell and Son, Hawick.

The final bull to sell for 10,000gns was the reserve junior champion, Tonley Emmerson S336, again from Neil Wattie. He was bought by the Weir family, Cortleferry.