A smaller entry of Aberdeen-Angus bulls on the year still met firm trade at Stirling on Saturday (17 October), with bull averages up £455 and topping at 10,000gns.

The run of 40 bulls levelled at £5,051, and it was the April 2019-born Ettrick Batman V227 from Firm of G Gray that saw the top call. Batman, out of home-bred cow Ettrick Bella N122 and by Linton Gilbertines President SO21, was knocked down to AM & C Ewen, Meikle Toux, Cornhill, Banff. 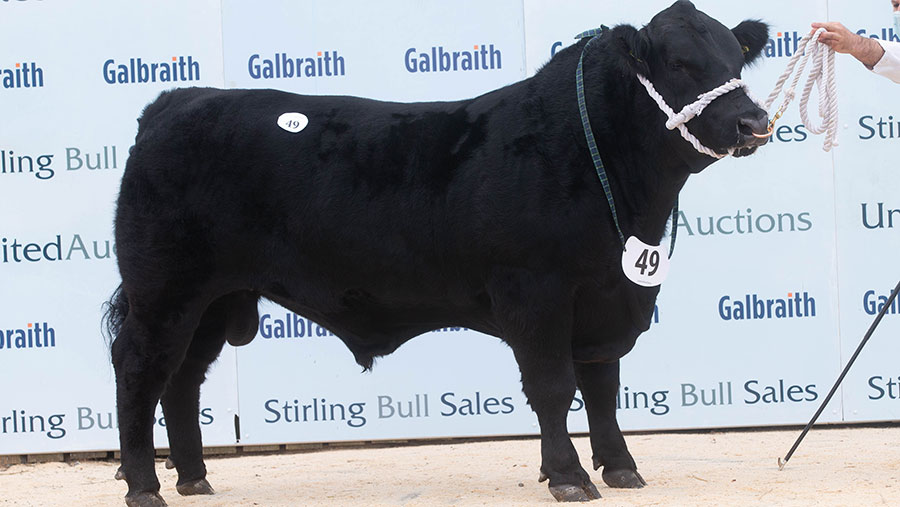 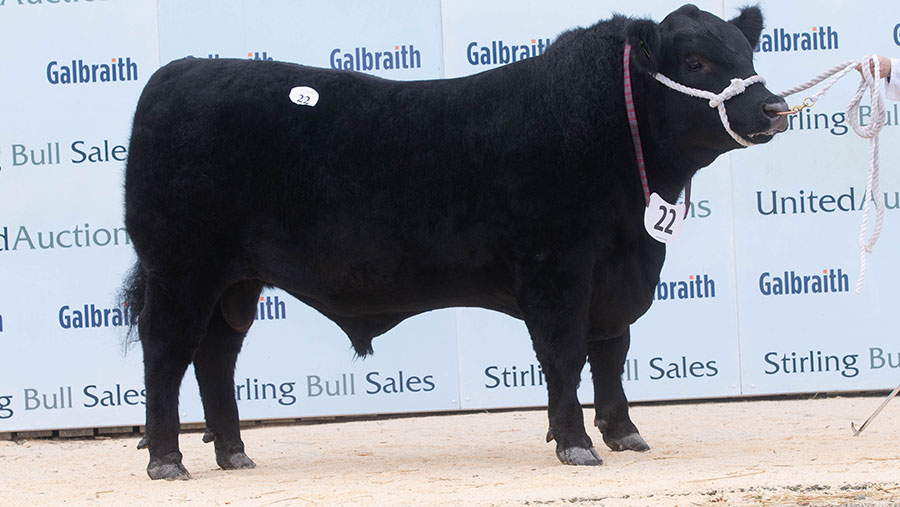 The female star of the show was Gordon Duchess U326, an in-calf heifer from the trustees of the late Gordon Brooke, which sold for 4,000gns. Duchess, by Balmachie Jack Eric R206 and in-calf to Rawburn Java Eric T567, sold to John McWibbin in County Down, Northern Ireland.

The sale also saw the dispersal of John Loftus’ Weeton herd, which topped at 11,000gns for an in-calf cow. Three-year-old Weeton Laura T509 (ET), by Blelack Duke J262 and out of Haughton Laura L026, sold with her May-born bull calf at foot to Richard and Carol Rettie, Craigend Farm, Methven, Perth.