Goldies Rocky from H Goldie, Ruthwell, Dumfries, made 21,000gns to lead an impressive entry. He is by the easy calving Blelack Digger son Gretnahouse Heman and out of the Dingle Hofmeister daughter Goldies Dignity, who is from the Umble and Ripple lines.

With a milk value of +13 and a terminal sire index of +70, Rocky caught the eye of Wilson and Sons, Glenkindie, Aberdeenshire. 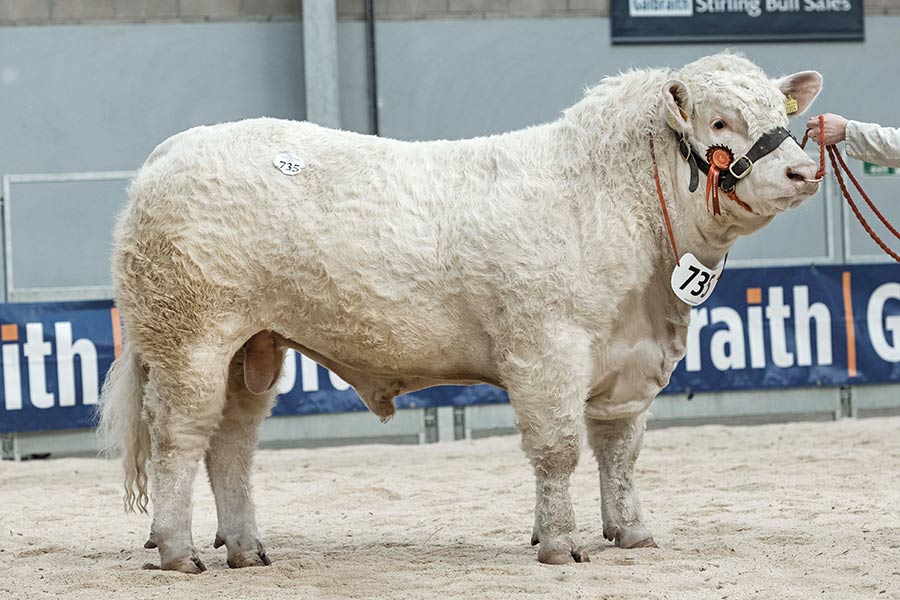 Two were close behind, at 20,000gns. First was Westcarse Ruler from Catherine MacGregor, and shown by R and N Barclay, South Road, Insch. 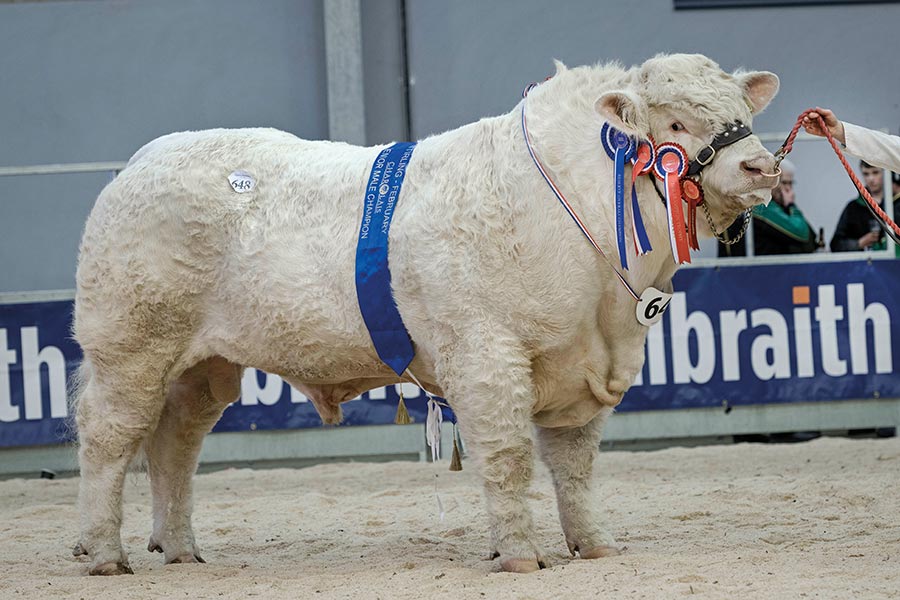 Ruler is by the Thrunton Goldeneye son Nuthampstead Judas and out of the Mortimers Highlandfling daughter Westcarse Milly. He sold to Wight and Sons, Carwood Farm, Biggar. 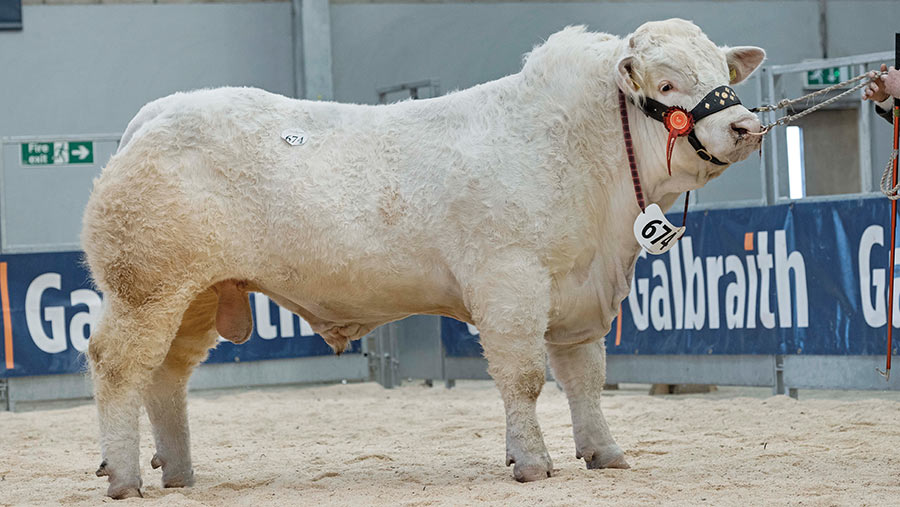 Matching this was Silver Rebel from the Harman family, Grove Farm, Chesham. The Balthayock Musketeer son is out of the Thrunton Fairfax daughter Silver Leia.

Boasting a terminal index of +69 and a self-replacing index of +66, he was snapped up the Jeffreys, Kersknowe, Kelso.

Two made 18,000gns. The first was the intermediate champion Balmyle Roberto from WP Bruce, Meigle, Perthshire. He was knocked down to the Mills, Forsie, Thurso. 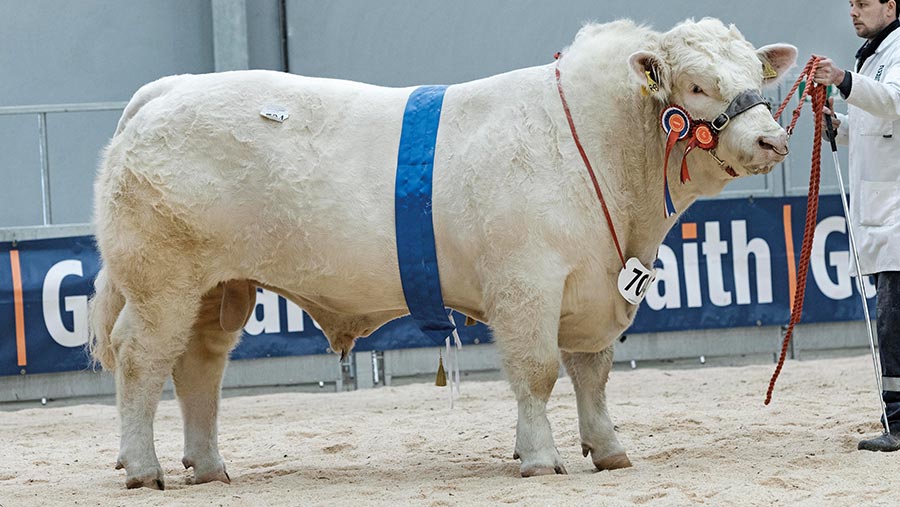 Roberto is by the Gwenog Banjo son Balmyle Jasper, whose top four sons have averaged more than 12,500gns. He is out of the Sackville Dynamite daughter Balmyle Gretta, a cow that bred the 11,000gns Balmyle Nathan.