Averages were over £1000 higher on the year in the Charolais ring last week (18 October) but a smaller yarding saw clearance rates drop to 60%.

Society chief executive Peter Pythian said that despite “challenging times” the breed’s demand was underpinned by the popularity of Charolais-bred stores.

He is by the easy-calving Westcarse Jimmy and out of Blelack Digger daughter Iugesse. Jimmy has bred sons up to 11,000gns previously after the herd bought him in 2016. 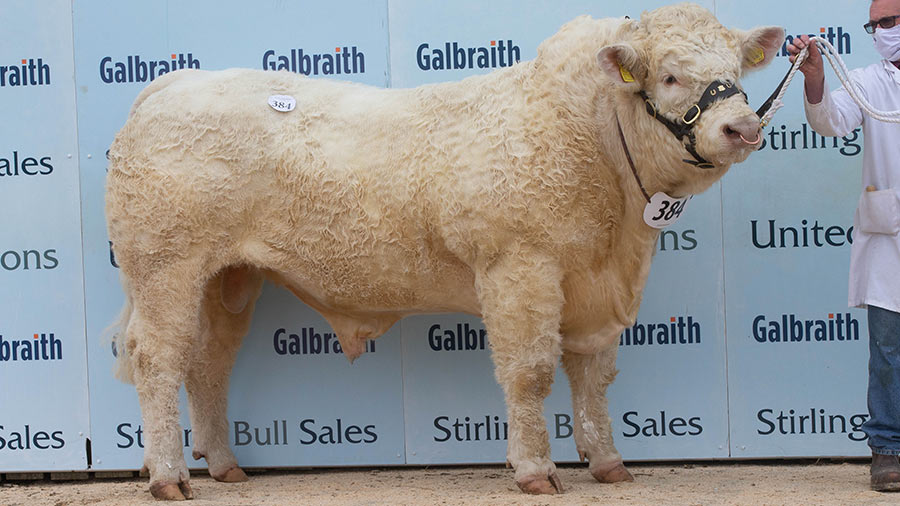 He caught the eye of J Wight and Sons, Carwood Farm, Lanarkshire. 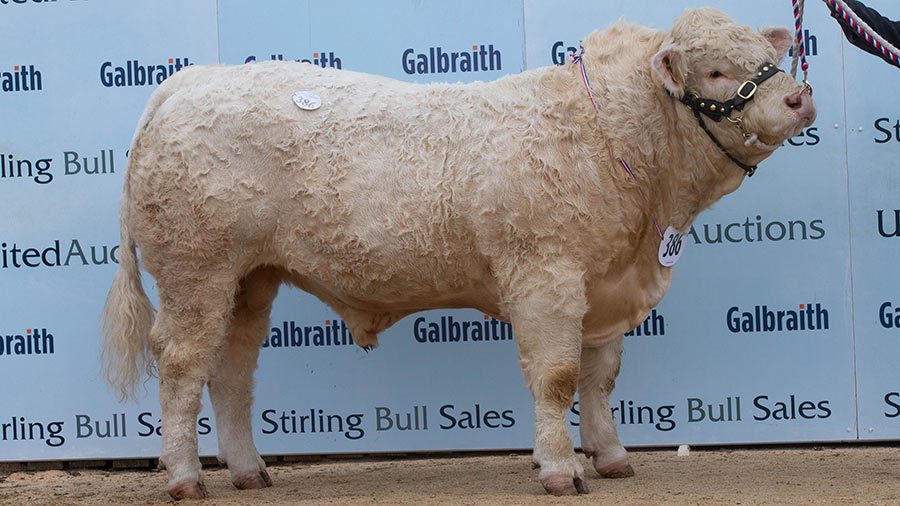 Third on the day was Thrunton Paramount at 10,000gns from JHC Campbell and Sons, Thrunton, Northumberland. He was bought by the Retties herd, Forestmill, Alloa.

The 18-month-old is by the 28,000gns Maerdy Jersusalem and out of the Gladiator daughter Thrunton Lucinda. 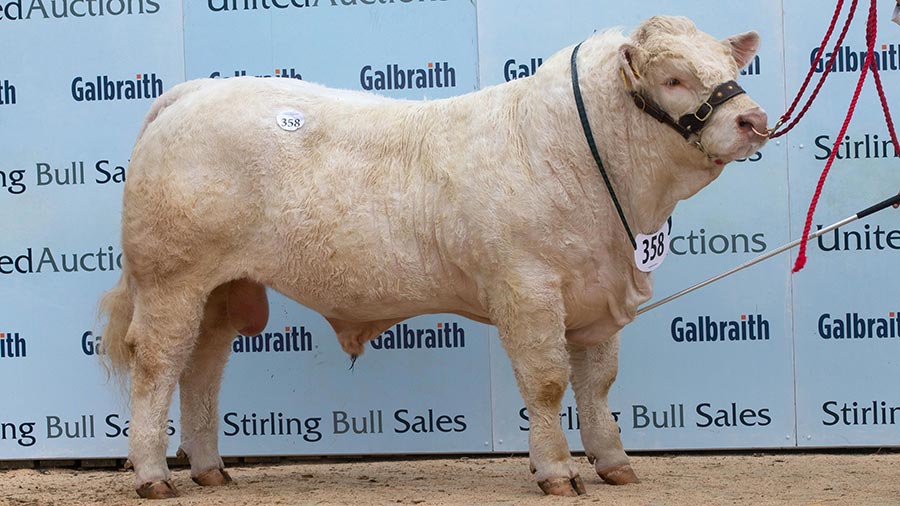 Thrunton Performer was then the first of two to make 8,800gns. He is another Jerusalem son out of Thrunton Floret, a daughter of the easy-calving Balmyle Dickler.

Also at 8,800gns was Glenreicht Parker with another Limpet son, this time out of a Clyth Diplomat daughter. He sold to WS Paterson, Golland, Kinross.

John and Diane Christie dispersed their Westcarse herd and 36 years of breeding alongside the sale, topping at 13,000gns for a cow calf outfit.

The January 2016-born Westcarse Milly sold with her bull calf at foot for 13,000gns. Milly is by Mortimers Highlandfling and out of Mortimers Vanquish daughter Westcarse Ivy.

Another Highlandfling daughter called Molly sold with her heifer calf at foot to Brailes Livestock, Oxfordshire, for 8,500gns.

A Nuthampstead Judas daughter called Peaches then sold with her bull calf to the Forests of Hillend, Lanark. She was out of Milly who had just made 13,000gns.