Three calls above the 20,000gns mark helped lift Charolais averages to more than £8,000 on Tuesday (19 October) on a strong day for the Balthayock herd.

The sale leader 28,000gns was the May 2020-born Balthayock Ranger from Major David Walter, Balthayock, Perth. The Corbett family stumped up the cash for their Teme herd, based at Felindre, Knighton.

Ranger is by the 2015 Royal Highland Show champion Balthayock Imp and his grand sire is Blelack Forester. He is out of the Balthayock Ferdinand daughter Melissa. 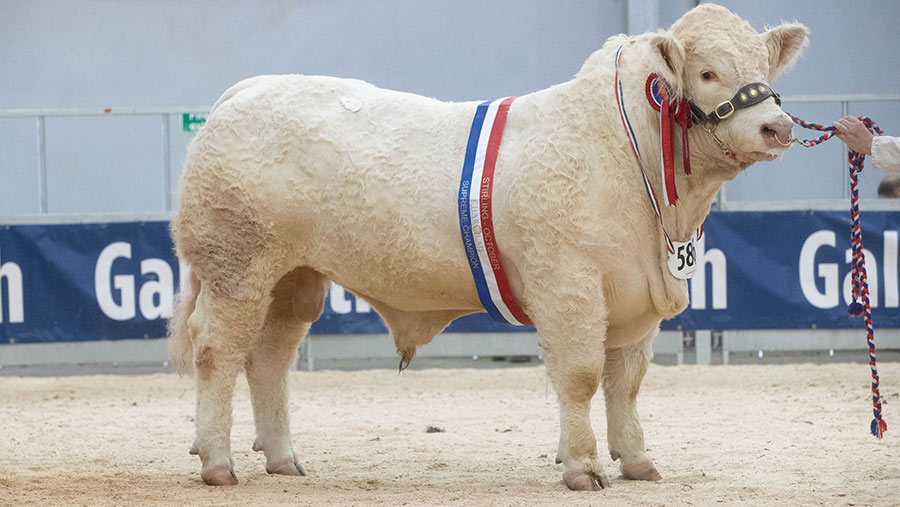 Next, at 26,000gns, was Goldies Romeo from H Goldie, Ruthwell, Dumfries. He sold to Highfields Park Farm, Withyam, East Sussex.

Romeo is by the very easy calving Gretnahouse Heman and out of the Goldies Formidable daughter Marion which is from a line of females that has produced bulls to 26,000gns and 23,000gns. 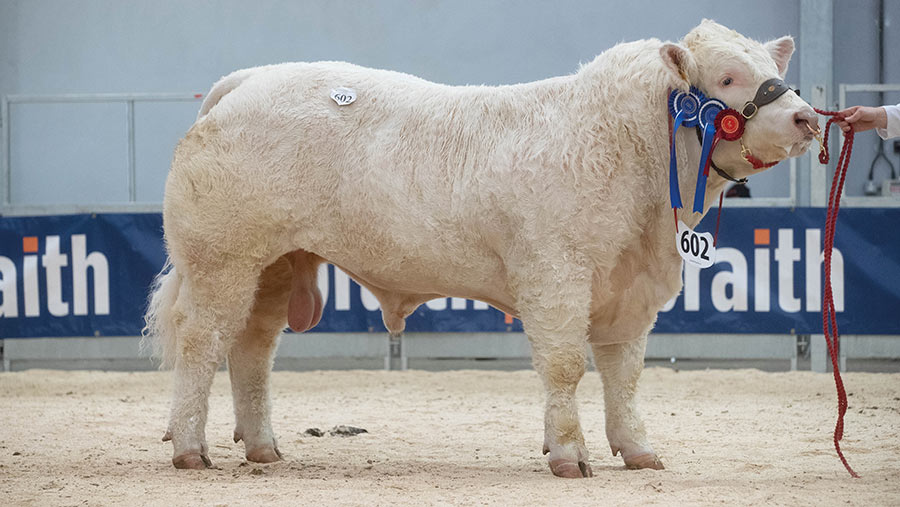 Balthayock genetics also secured a 25,000gns bid with a bull by the famous Balthayock Ferdinand. 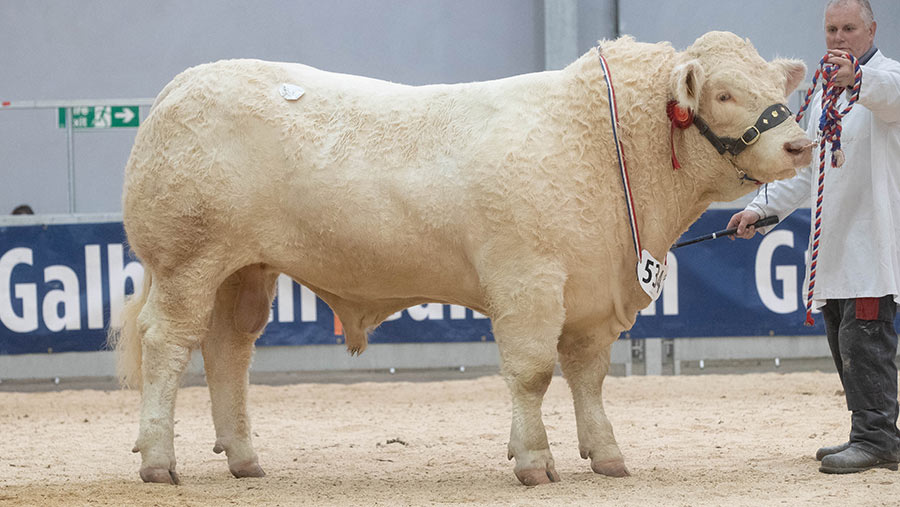 He caught the eye of the Price family of the Oakchurch herd, Staunton-on-Wye, Hereford.

Next at 16,000gns was the Meardy Gouverneur son Elrick Rabbi, from Mike Massie, Auchnagatt, Ellon. He is out of the Thrunton Fearless daughter Elrick Lily. 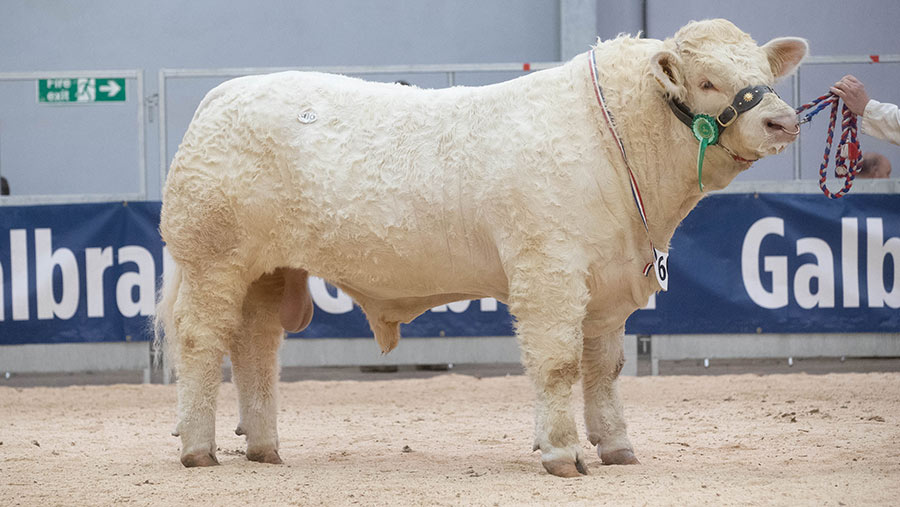 Matching this was another Balthayock sire, this time called Rambo. He is the first son offered for sale by Nevada and goes back to the very easy calving Ugie Echo on his dam’s side.

The Glenericht herd of the Drysdales, Middle Drimmie, Blairgowrie, saw a 14,000gns bid for Glenericht Ricksen. He is by the easy calving Mecca and out of Melrose who is by Maerdy Hwre.

The Jessops of Sinope, Leicestershire, produced the winning bid for their Jessops herd.