Averages were back £1,048 in Stirling’s beef shorthorn bull ring on Monday 21 October, as females took the limelight and hit an average of £2,550.

Females were £63 dearer on the year, with the trade topped by the Millerston herd of Jack Ramsay, Mauchline, Kilmarnock, with Millerston Augusta Mint at 7,000gns (terminal index +35, self-replacing index +41).

The 18-month old light roan heifer is by Meonhill Charlie Chaplin and is out of a home-bred dam. She was sold to A and C Farms, Langham, Rutland. 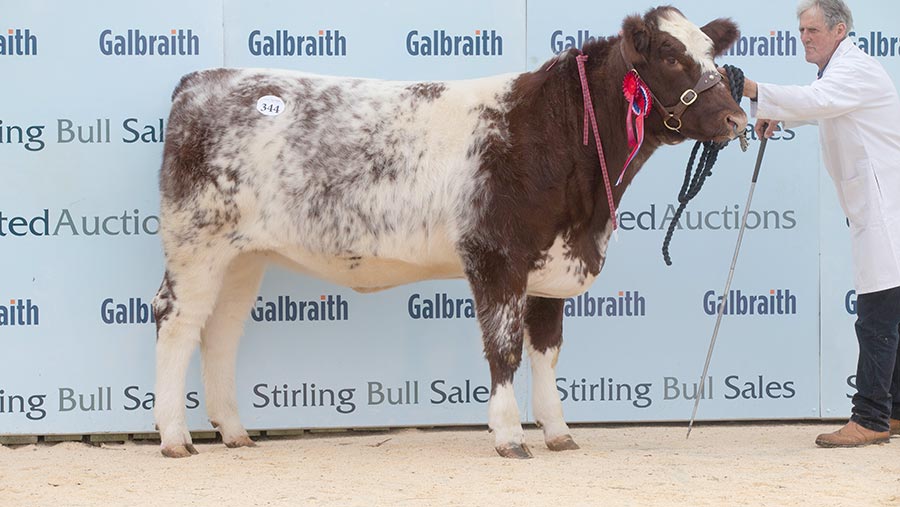 Next in the money, at 5,000gns, was a brace of Cherryvalley lots by Creaga Logic from Peter Fitzgerald, Crumlin, County Antrim.

First was the male champion, Cherryvalley Oak, a 21-month-old roan which sold to HA Smith and Sons, Keith, Morayshire. 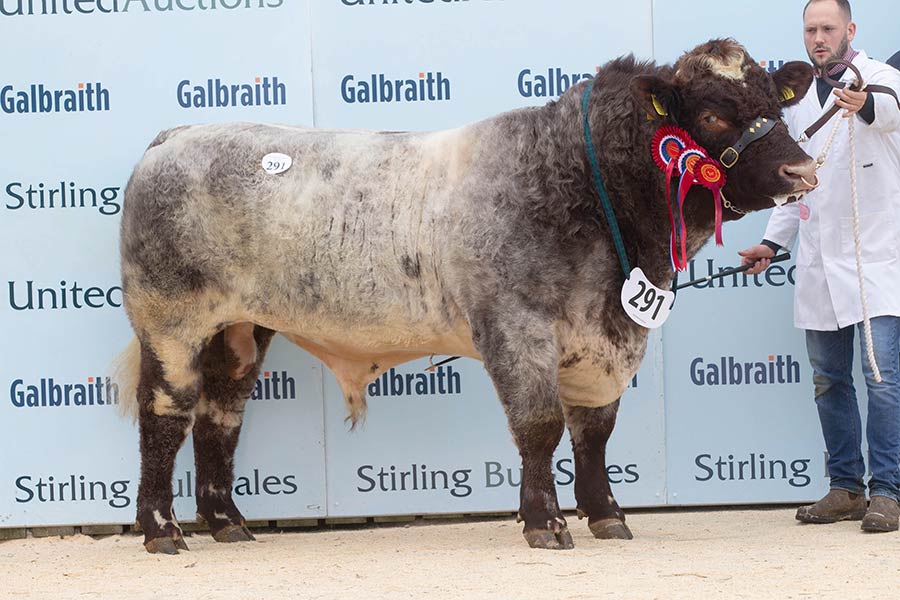 Matching this was the 18-month-old heifer, Cherryvalley Denise Olea. She was knocked down to Edward Green, Lisburn, County Antrim.

Next best were two Knockenjig Hercules offspring at 4,500gns from the Podehole herd. The 19-month old Podehole Irene Melody (terminal index +42, self-replacing index +41) also sold to A and C Farms.