A strong Angus trade topped with the Galcantray herd at 15,000gns and seven other five-figure calls on Saturday (20 February).

Jedi Eric is out of a Carhurlie Deka H684 daughter called Galcantray Killy Erica N615, which goes back to a Findhorn cow that was bought at a herd dispersal. 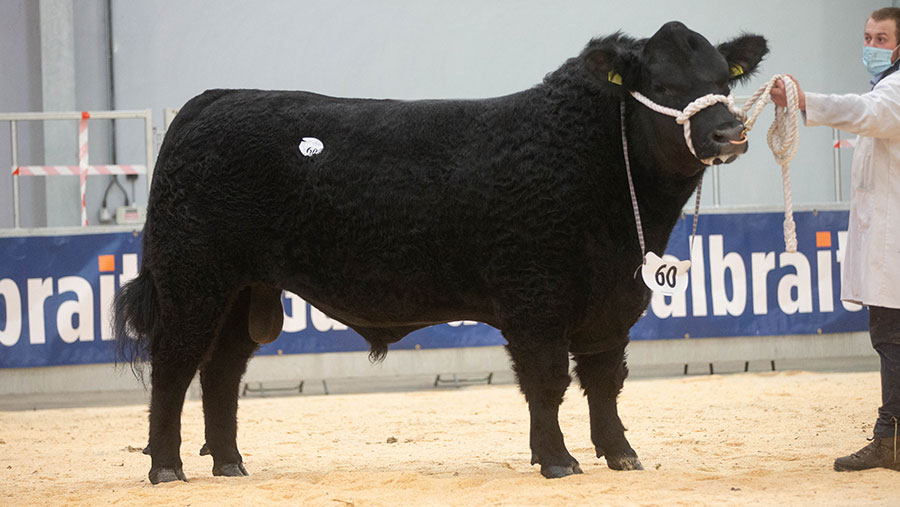 Next at 12,000gns was the April 2019-born bull Duncanziemere Jetstream V322 from Alistair Clark and Sons, Avisyard Farm, Cumnock. He sold to Neil and Mark Tonley’s Tonley herd, Alford, Aberdeenshire. 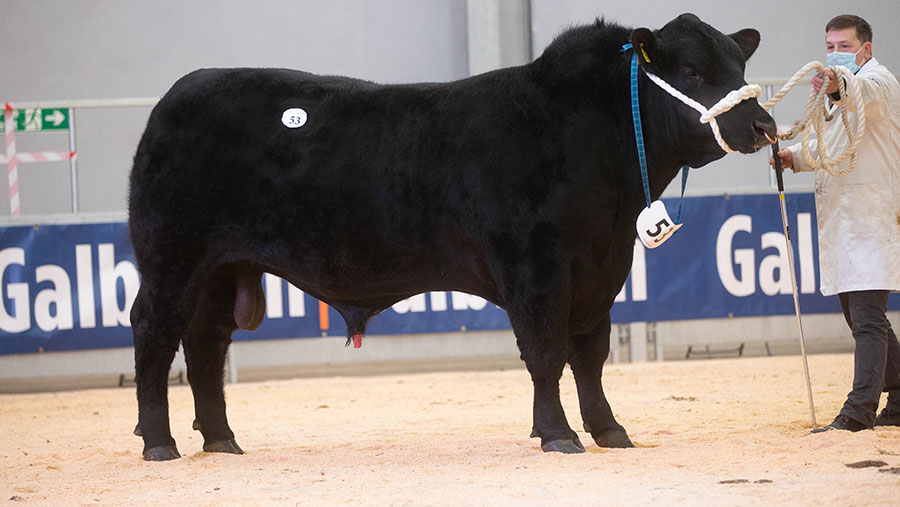 Jetstream is by Carruthers Grenadier R797 and out of Jill S183, one of the herd’s best cows.

Next at 11,500gns was an April 2019-born bull from the Rulesmains herd of Andrew Hodge and his daughter Emma, from near Duns. Rulesmains Lord Hugh V245 was knocked down to J King, South Hill of Dripps, and was one of two by Rawburn Braw Lad R041 that reached 11,000gns. 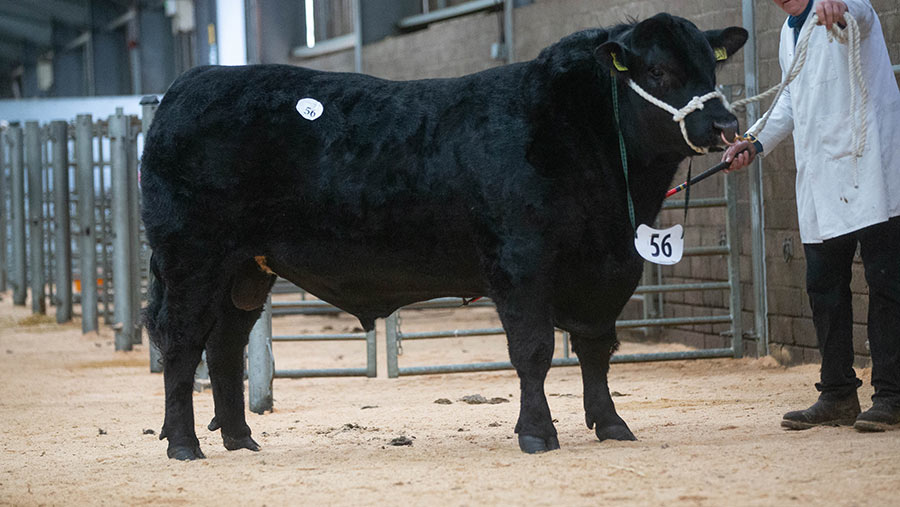 The other Braw Lad son was Rulesmains Kai V226, who was bought by J Robert Galloway, Cardona, Perthshire, for 11,000gns.

Matching this was an 11,000gns bid for Idvies Frank, from the Frasers, Forfar. He is by homebred bull Idvies Kaiser S784 and out of Idvies France N606. He went to Balgay Farm, Perthshire. 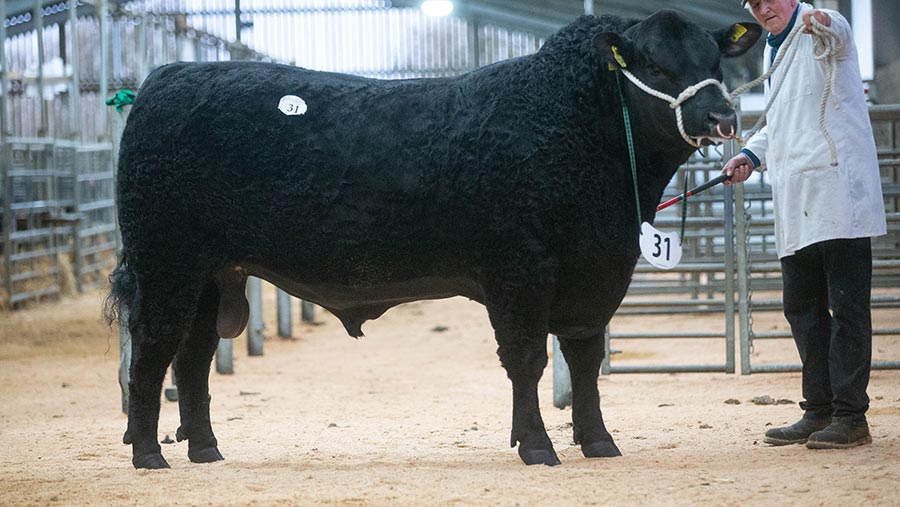 She was by the Blelack Blackrod son Skaill Dino and out of the Wedderlie Even Bonus daughter McCornick Duchess.

She was knocked down to S and J Fisher, Cleuchead Farm, Roxburghshire.