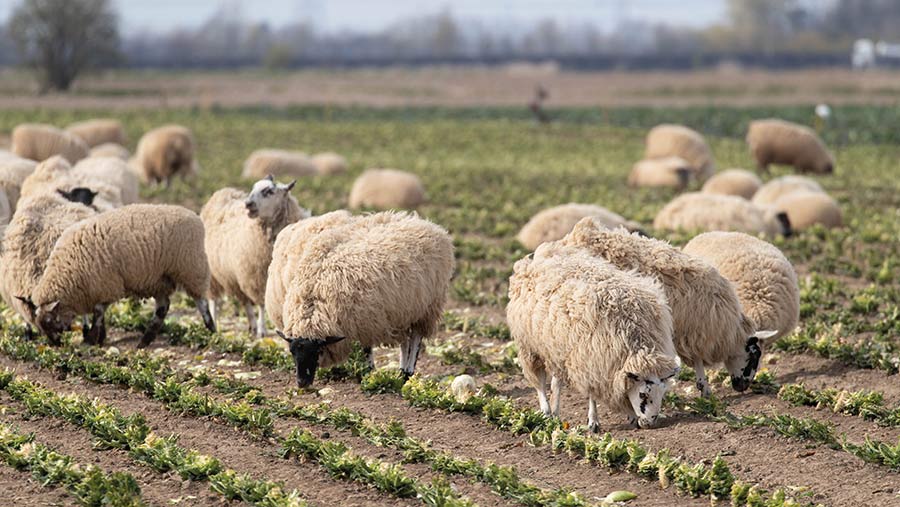 With talk of tight lamb supplies going into January, expectations have been high from finishers who have bought stores for close to £100.

The usual dietary fads and tightening of household spending have, for the second year, been exacerbated by Covid-19 which has kept work canteens shut and limited restaurant activity.

Auctioneers say tight supplies should support lamb values at near current levels for four to six weeks, before Easter trade brings a lift.

Michael Thomas of McCartneys reported that bigger hoggets were a little harder work to sell at Ludlow on Monday (10 January) owing to a lack of catering trade in London.

Will Probert of RG and RB Williams, Ross-on-Wye, said people had been excited by the 290-300p/kg trade in November and December, but the current trade would keep store finishers away from the market for now.

“The big feeding operations are probably hoping for more,” he said. “Farming lambs are about done, so we might see numbers tighten and finishers keep lambs away from the marts.”

“With the economy tightening again, the heavyweight catering lambs aren’t as dear. They are in the £130s rather than £145-£150 a head.”

Some buyers had been able to be “a little fussier” of late, said Stephen Dodsworth, fieldsperson at Darlington Farmers Auction Mart, but trade was still very good,

But he said store lambs looked dear, with people expecting trade to lift. “Strong stores have made £110 a head. A 30kg store at £90 is something you will have to keep for April.”

He added: “People with store lambs finishing will want the market to lift, but I don’t know how much squeezing of the wholesaler and processor there is left to do.