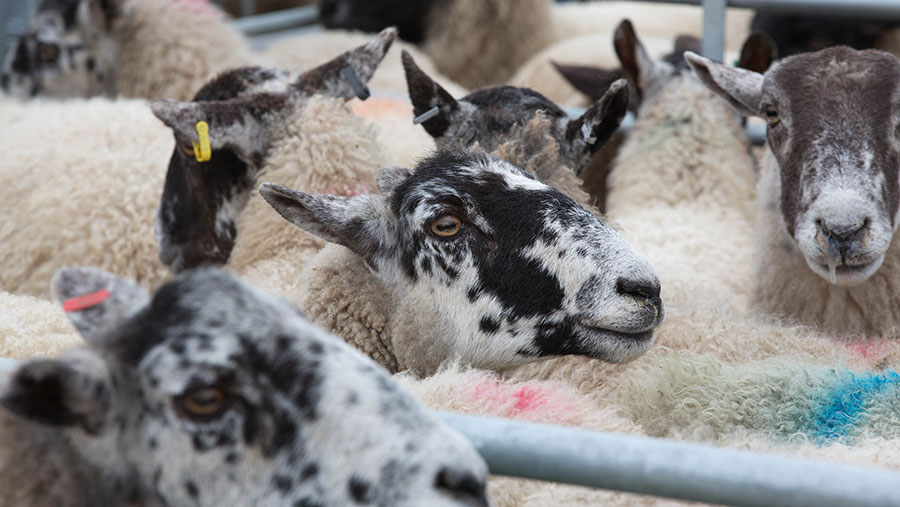 Resistance was reported at some cull ewe rings, resulting in a small drop in the national average, which slipped from £96.39 a ewe to £93.67.

However, auctioneers stress that trade should remain firm with UK breeding sheep numbers at a nine-year low (15.37 million head). A recovery in prices was reported at the start of this week, with Monday’s and Tuesday’s averages up £2.75 and £8.26 a head on the week, respectively.

Throughputs were back more than 6% on the week, but despite this, values struggled to match the levels seen earlier in the month.

Supplies typically tighten during the spring lambing period. Prices were slightly behind last year’s levels for most of February and March, although comparisons are difficult because of the lockdown panic trading of spring 2020.

Bentham Auction Mart sheep auctioneer Greg MacDougall told Farmers Weekly that, while trade had eased slightly, the big ewes were £20-£30 a head dearer than a month ago.

He said the strong trade had brought a small number of sheep to Bentham from Northern Ireland and a larger entry of 1,848 cull sheep was sold last week (24 March).

“It’s Ramadan soon (13 April-12 May) so demand might drop a little next month,” said Mr MacDougall. “But buying will probably start in earnest again in early May for the feasting in the middle of the month.”

This year’s Islamic calendar has the feasts of Eid al Fitr and Eid al Adha (Qurbani) on 13 May and 20 July, respectively.

Mr Morton said prices had rallied for three weeks in March, lifting strong Mid Wales Welsh Mountain ewes to £80 a head and pure Texels and Suffolks to £150 and beyond.

“I don’t imagine the trade is going anywhere as it’s that time of year when numbers are tight,” said Mr Morton. “Mule flocks and hill flocks are lambing or starting to lamb now.”