He is out of the 26,000gns Cairness Cyclone and knocked down to the Knockem Flock of Mr and Mrs Nicholson, Duns.

Next best at 13,000gns was CJ Holmes with a Rhaedr Dynamic son, knocked down to R and G Hiddlestone of the Irongray flock, Dumfries. He was by Cairness Coalition and out of Stockton Sentinel 2. 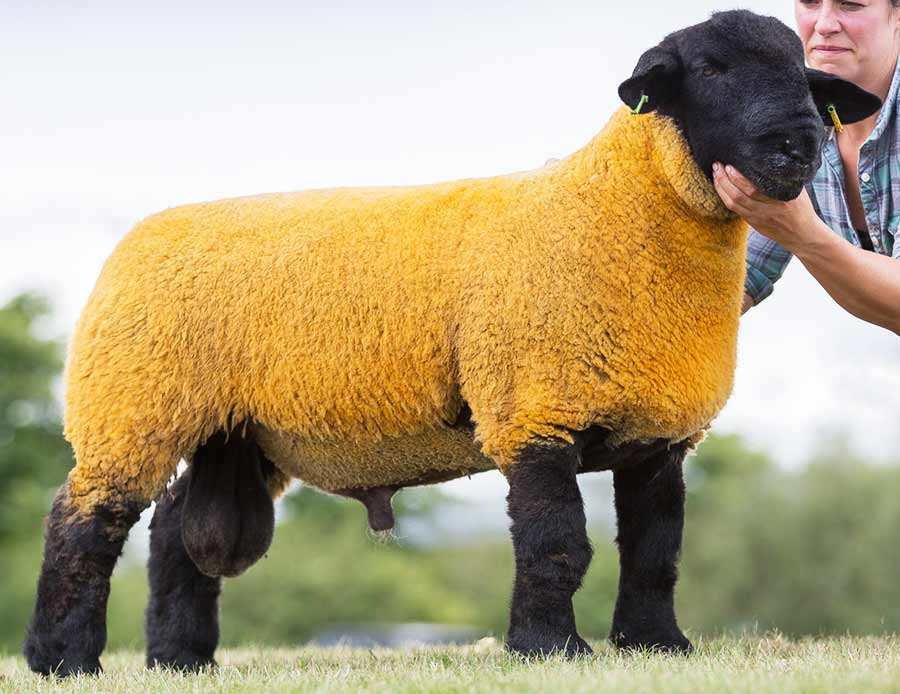 At 6,200gns was a Strathbogie A Kind of Magic son from James C Innes and the Strathbogie flock, Huntly, Aberdeenshire.

Out of a Strathbeg Stan the Man dam, this sire is half-brother to the 20,000gns Jackpot and the 16,000gns Sirius and knocked down to S and W Tait, County Tyrone. Mr Innes averaged 2,500gns with four ram lambs entered.

Next at 5,800gns and 5,200gns were full brothers from S and W Tait’s pen of the Burnview flock, Lislap, County Tyrone, sired by Ballynacanon Attitude.