Suffolks sold to a top price of 1,900gns at the Carlisle and Northern Counties show and sale at Borderway Mart on Friday (5 August).

Sale leader was a triplet-born ram lamb by Stockton Turbine and out of a Cairness Carbon ewe from SJ Buckley, near Buxton, Derbyshire. 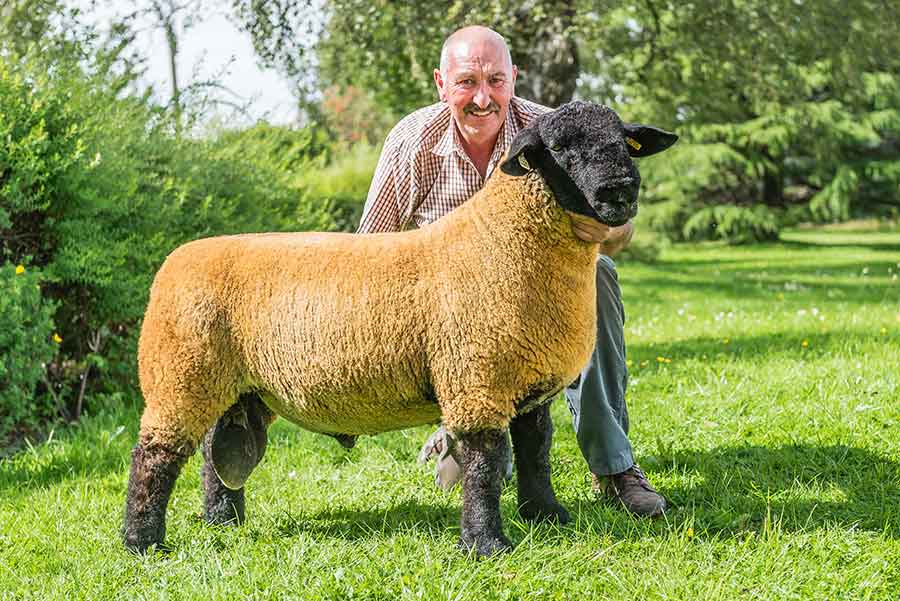 He won the reserve male ticket in the pre-sale show and was the pick of CT Raine, Barnard Castle, County Durham.

Next best at 1,600gns was a twin-born ram lamb, this time from Ayrshire’s David Gilmour. He was sired by Broomknowes Royal Boy and out of a Cairness Nobel ewe. Buyer was JR McKay and Son, Sorbie, Newton Stewart.

Just shy of this at 1,500gns was an aged ram from Hazel Martindale, Lockerbie, Dumfries and Galloway. Sired by Rhaeadr Vodka, this one is out of a Rhaeadr Red Bull-bred ewe and was purchased in 2014 for 4,000gns at Shrewsbury, where he stood reserve. He sold in a two-way split to AV Bailey, Masham, North Yorkshire, and JH Towers and Sons, Carnforth, Lancaster.

Leading female trade at 1,200gns was a ewe lamb and reserve female champion from the same stable at the sale leader and also bred by the same sire. This one is out of a Haddo High Voltage-sired ewe and caught the eye of Stewart Craft, Leslie, Fife.

Selling for 1,100gns was a twin-born ewe lamb from Keith Thomas, Stone, Staffordshire. Sired by Burnview Hurricane, this one is out of a ewe by Limestone To-Tal. Buyer was DP Delves, Churchstoke, Powys.

On the same day, Zwartbles peaked at 1,600gns for a triplet-born shearling ram from Master T and Miss I Goldie, Mouswald, Dumfries. 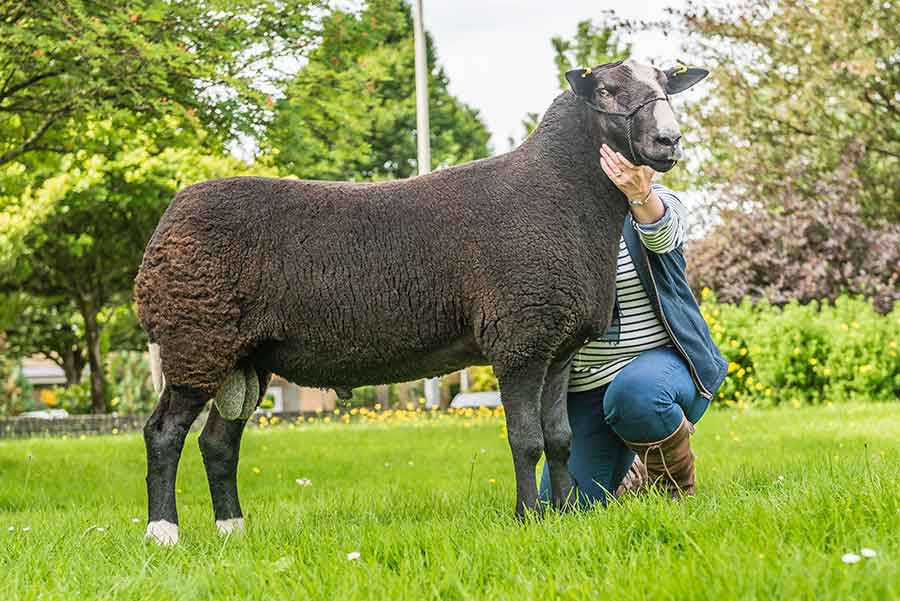 Leading Zwartbles trade at 1,600gns was a shearling ram from the Goldies family, Dumfries © Robert Smith 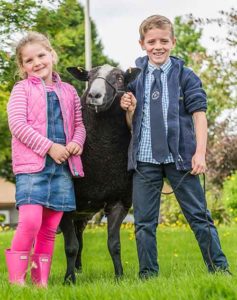 Bred by S Braid, this ram is sired by Lochwood Ally and is out of a Broomfield-bred dam. Buyer was Eoin Harold, Huntly, Aberdeenshire.

Next best at 1,500gns was a twin-born ram lamb from I and A Donald, Newtownstewart, County Tyrone. Sired by Gillhall Amarok, this one is out of a Cynefin-bred ewe and went to DA Moir, Fraserburgh, Aberdeenshire.

Sired by Gillhall Amarok, this one if out of a ewe bred by The Fort. Successful bidder was Hoscote Estate, Hawick, Roxburghshire.