A solid trade got off to a flying start at Borderway’s summer sale of Limousins on Friday (17 June), when the first lot under the hammer made 5,500gns. 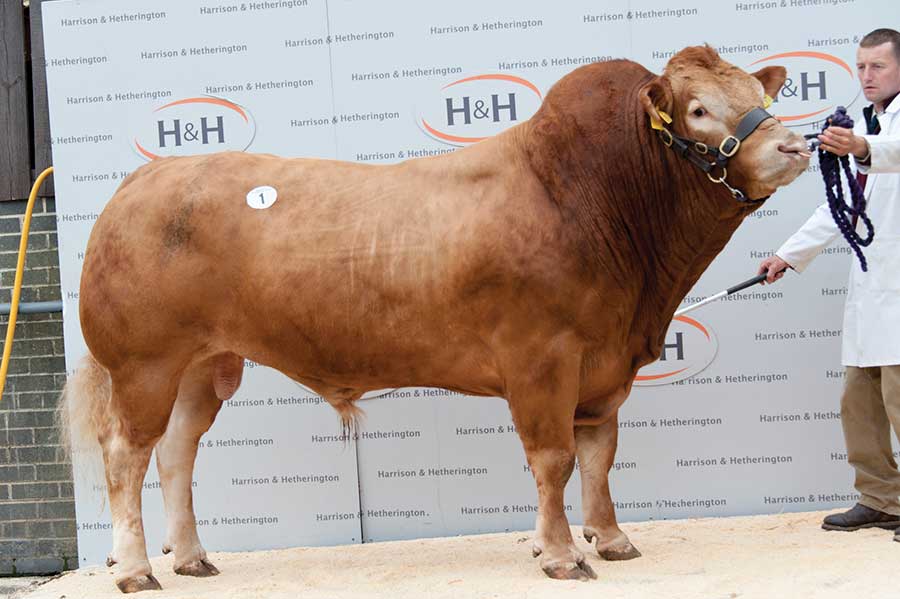 With a beef value of 39 and a 400-day growth rate of 42, he caught the eye of S and S Hough, Pontefract, West Yorkshire.

Next at 4,800gns was Tomschoice Lust from J and S Cooper, Dacre, North Yorkshire. This one sold to WJ and A Marr, Cornhill, Skene, Aberdeenshire. Born in February 2015, Lust has well-balanced figures for calving ease and growth and is by Warrenderpark Geronimo.

Also of note at 4,500gns was Scottish-bred Dyke Jings offered by JR MacGregor, Campsie, Glasgow. He was knocked down to MG and E Green, Lochmaben, Dumfriesshire. By Netherall Gilbert, Jings is out of Dyke Flavia.

Welsh bidder RW Owen, Geirn, Gwynedd, then paid 4,000gns for Ringway Jotun, a December 2014-born bred by PJ Henshall, Eaglesfields, Lockerbie. He was sired by stock bull Ringway Foggy and is out of Ringway Beauty.

Third at this money was another of the Haltcliffe herd, this time Haltcliffe Larch, a Haltcliffe Fencer son out of Haltcliffe Usabelle, who is also dam of the 15,000gns Haltcliffe Doctor. 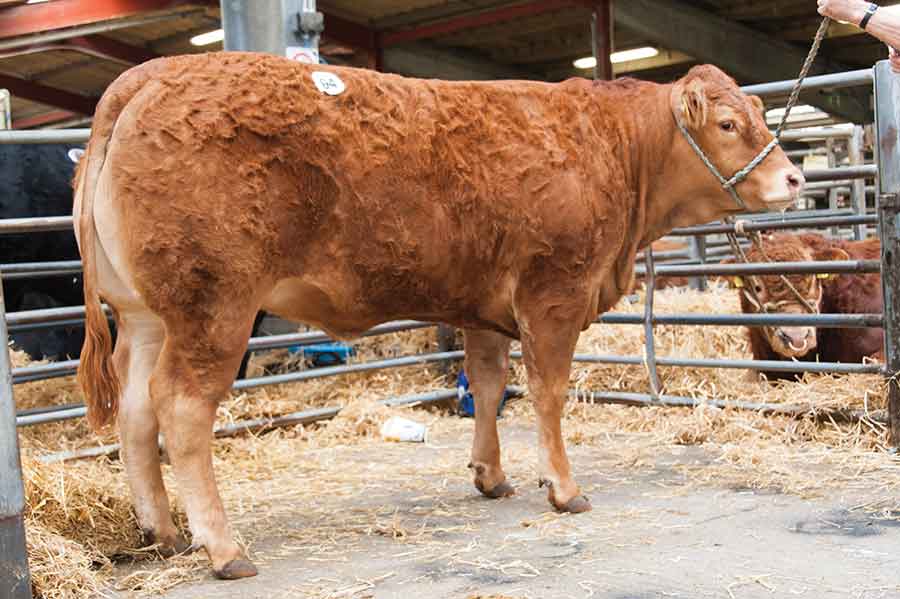 Two further Ampertaine heifers sold to 4,800gns. The first was Ampertaine Foreman daughter Ampertaine Lola, which caught the eye of W Corrie from Drumhilla Farm in Newtownards, County Down.

Lola was born in January 2015 to Ampertaine Eloise and is a maternal sister of the noted Ampertaine Valhalla. The second Ampertaine heifer at 4,800gns was Ampertaine Janice, by Sympa.

She is a November 2014 female from the noted Sharon family. Janice was snapped up by Hampshire Livestock, which is based at Huby, York.