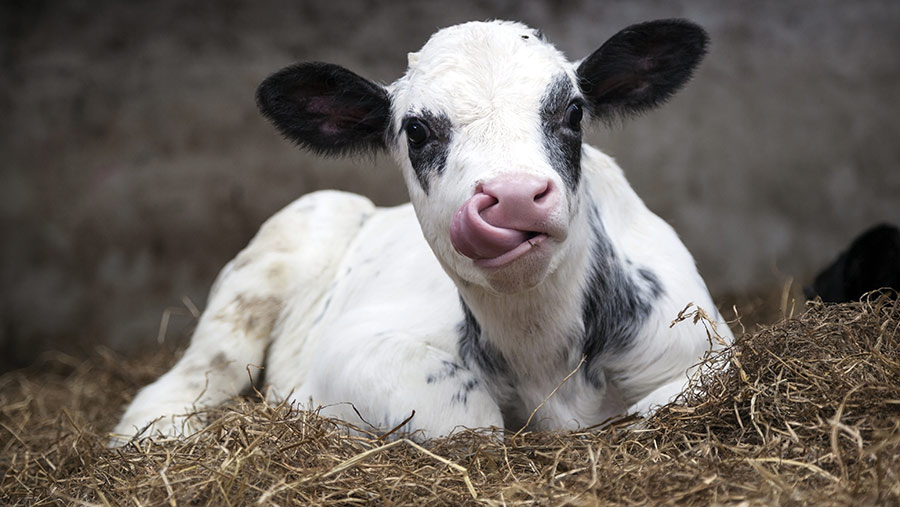 Calf prices have risen to unprecedented levels this summer, seeing three-week-old continental-cross bull calves averaging £268 since May, up £35 a head on the year.

This is for the 14-week period from May to the first week of August, typically a period of tight supply.

This was resulting in very firm calf prices. He had seen the best quality three-to-five-week-old Friesian bulls – in short supply due to increased use of sexed semen – make £150-£200 a head.

Mr Latham said beef finishers were getting £1,500 or more for finished dairy-cross cattle and beef rearers were selling strong 16-month-old stores for £1,300.

“Calf prices may have increased 20-30% in the last 12 months, but feed costs are up 20-30% as well,” he said. “Currently everything is all right because of the strong beef price, but it all depends on how long that lasts.

“If finished continental-cross cattle and Aberdeen Angus are making £1,600 then people will pay £250-£350 for a three-week-old calf – no one likes paying these prices, but with a strong finished price and supply and demand finely balanced, this results in a strong calf price.”

Mr Latham said some store cattle farmers had started buying calves or weanlings rather than spending more on expensive stores.

Dafydd Walters, auctioneer for JJ Morris at Whitland had also seen some buyers opting for younger calves and cattle for a lower outlay.

“We’ve been selling 280-300 calves on Tuesday most weeks,” said Mr Walters. “Will more numbers in the autumn when autumn calving starts steady the price?