The Alford family from Devon took the top price of 6,000gns with their supreme champion, Foxhillfarm Miami, at the British Limousin Cattle Society’s May sale. The event, held at Brecon Market on Saturday (13 May), saw averages up almost £500 on the year.

The January 2016-born Miami is an embryo calf by the noted Sympa and is out of the record-breaking 125,000gns Glenrock Illusion.  Buyer was KJ and LJ Jones, Narberth, Pembrokeshire. 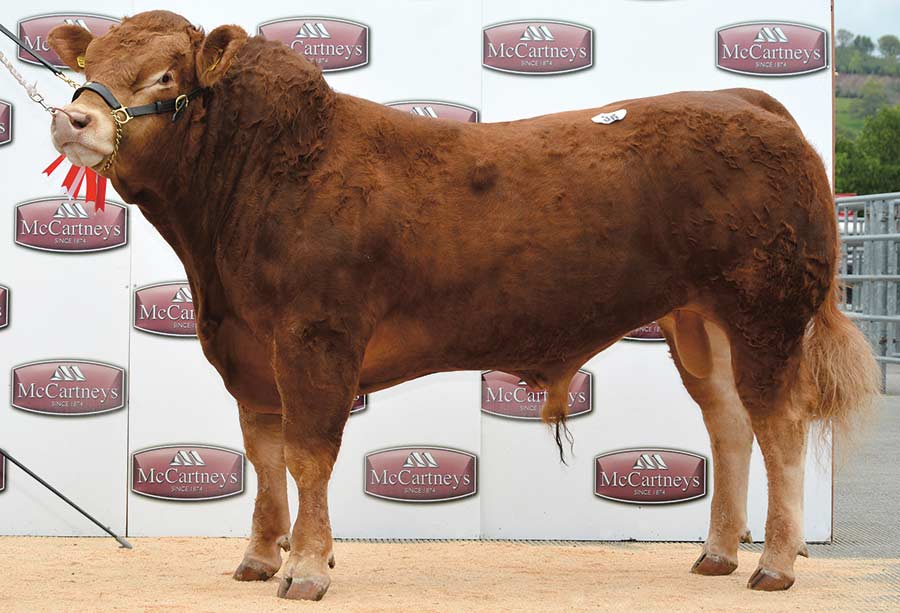 Two bulls made 5,700gns. The first of these was Killerton Larkspur from Mr and Mrs PW and SM Greed, Exeter, Devon.

Born in August 2015, he boasts a a beef value of LM+51 and is by the noted Wilodge Cerberus son Rosecroft Hero and out of the second calver Killerton Heron. Buyer was WTL Walters, Brecon, Powys. 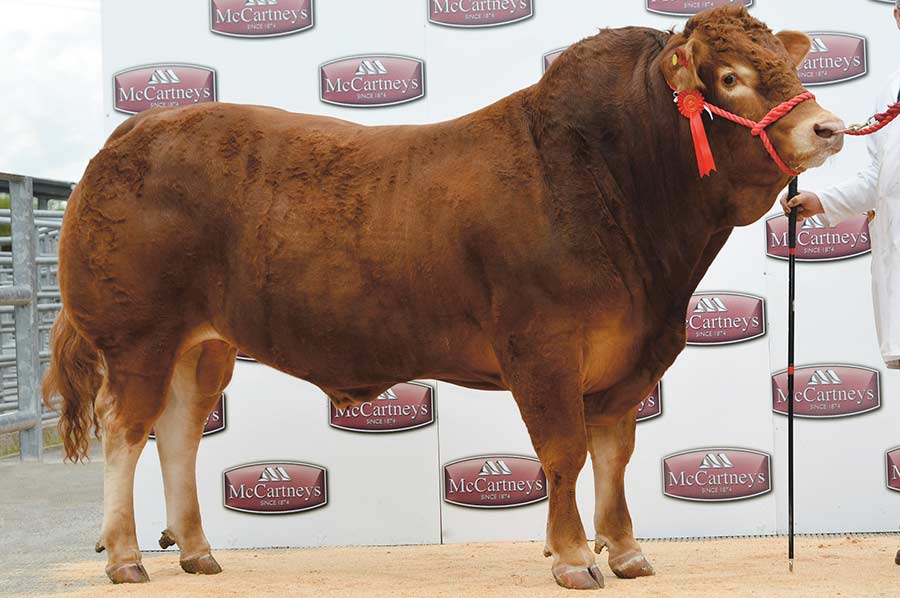 Also at 5,700gns was Twemlows Laurence from WL and JA Forrester, Whitchurch, Shropshire. This 20-month-old is by Wilodge Goldcard and out of Twemlows Foxtrot, a Sympa daughter. With a beef value of LM+41, he was snapped up by Shire Leasing, Amington, Tamworth. 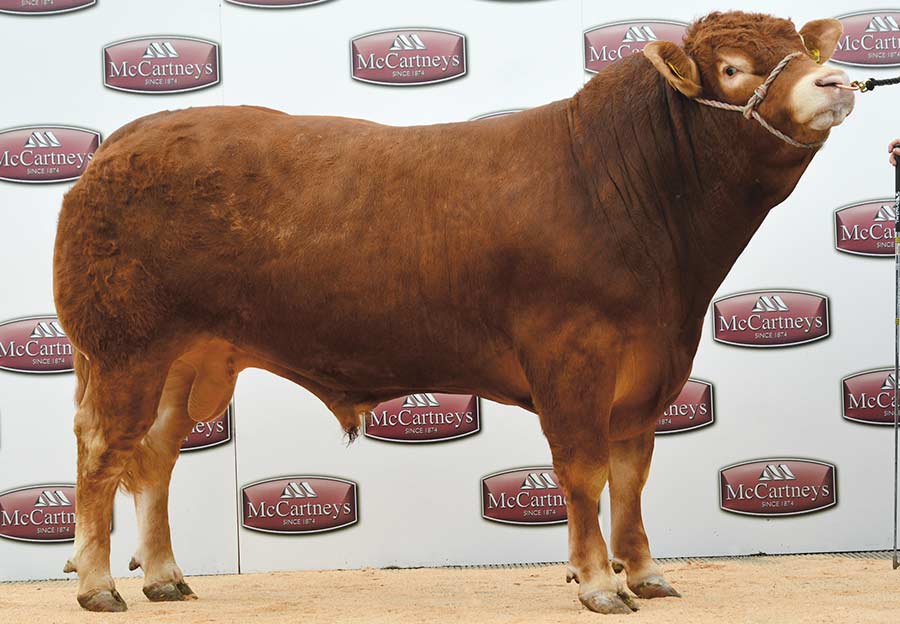 The Forresters then took a call of 5,600gns for their reserve champion, the September 2015-born Twemlows Lowry, by Swarland Eddie and out of the Haltcliffe Vermount-sired Twemlows Finegem. Purchaser was M and JE Jones and Davies, Newtown, Powys. 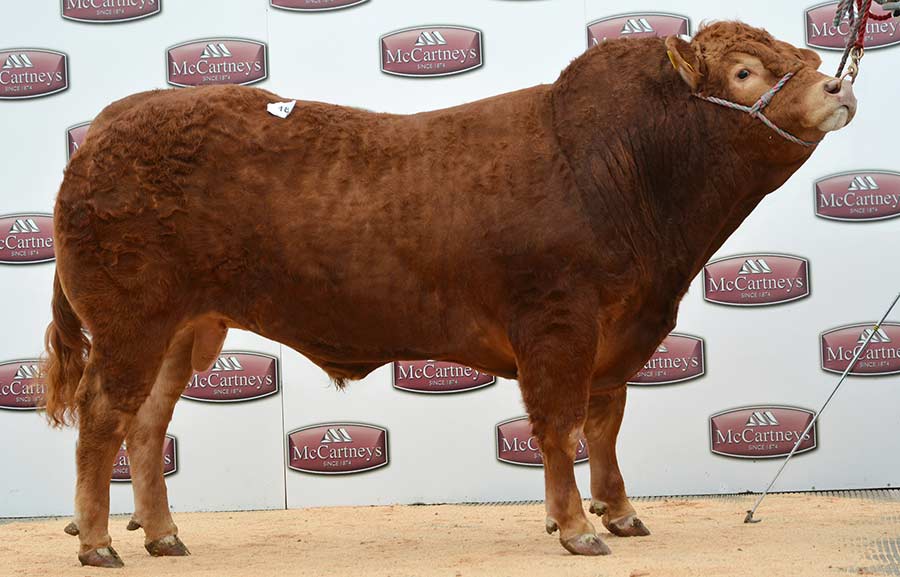 This July 2015-born bull is by Ampertaine Foreman and out of Cowin Val, a Mas Du Clo daughter. 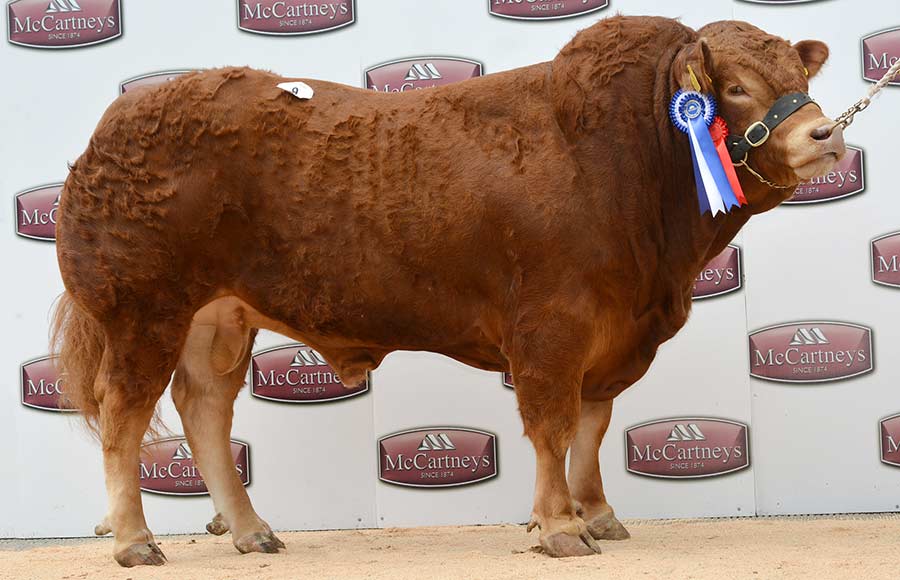 The James family also made 4,200gns when selling Cowin Lenboyr, a Cowin Benboyr son, to A Evans, Pwllheli, Gwynedd. 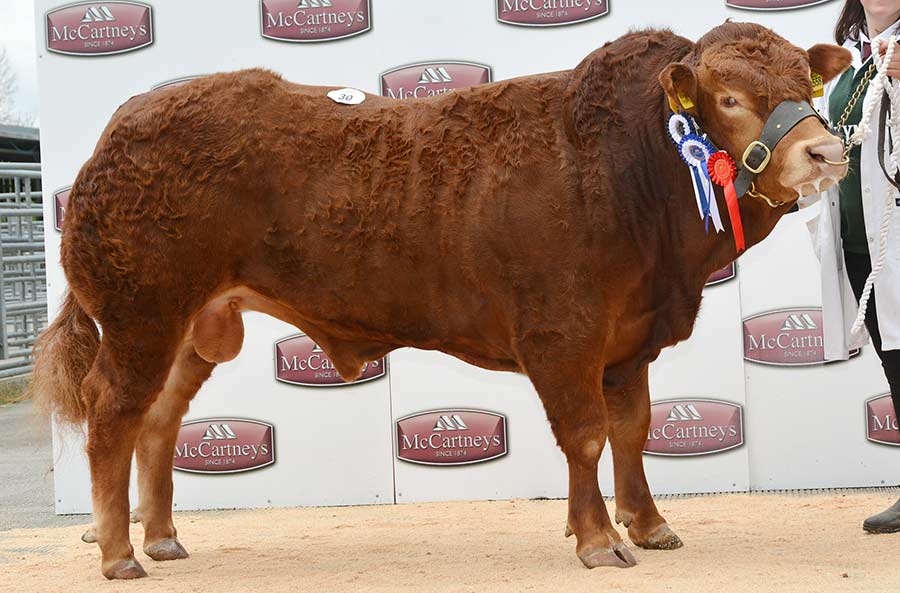 Leading the sale of maiden heifers at 2,150gns was Twemlows Lulu, another from Will and Jackie Forrester.  Entirely home-bred, Lulu is by Twemlows Dynamite and out of Twemlows Ulrika.  She was bought by PD and IV Pritchard, Crickhowell, Powys.