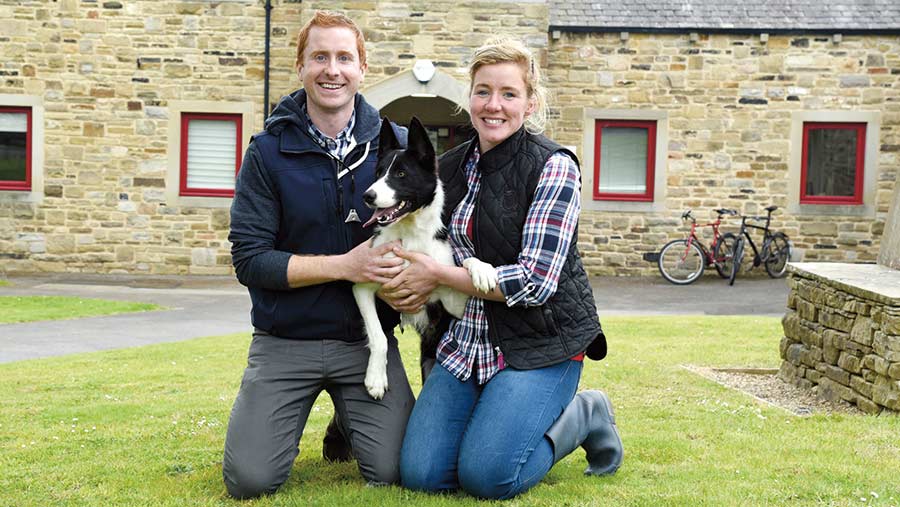 The second highest price for a working sheepdog was reported by Skipton Auction at its annual spring sale as 120 lots topped at 9,200gns.

Top dog on the day was 17-month-old Moss from Brian White and Aoife Smith, Naul, County Dublin, which saw keen bidding following a tremendous performance from Moss and Mr White on the trials field.

Bred by Carlaine Tom of Malta Border Collies, County Tyrone, Moss is out of notable bitch Malta Gwen. His sale comes a year after Skipton’s record-breaking call of 14,100gns.

Gwen is from Ricky Hutchinson’s Sweep, an international reserve supreme champion and father of many trial winners the world over.

Moss will head back to Ireland after knocking down to Pat Byrne, Knockcroghery, County Roscommon to work among 280 Suffolk and Cheviot sheep and Limousin and Charolais cattle.

Second best on the day was 5,000gns, achieved by another Irish breeder, Louise Amos, Quories Border Collies, Woodlawn, Ballinasloe, in her first sale.

The home-bred, March-born dog, Quories Bean, is out of Quories Moxy and knocked down to an undisclosed Welsh buyer.