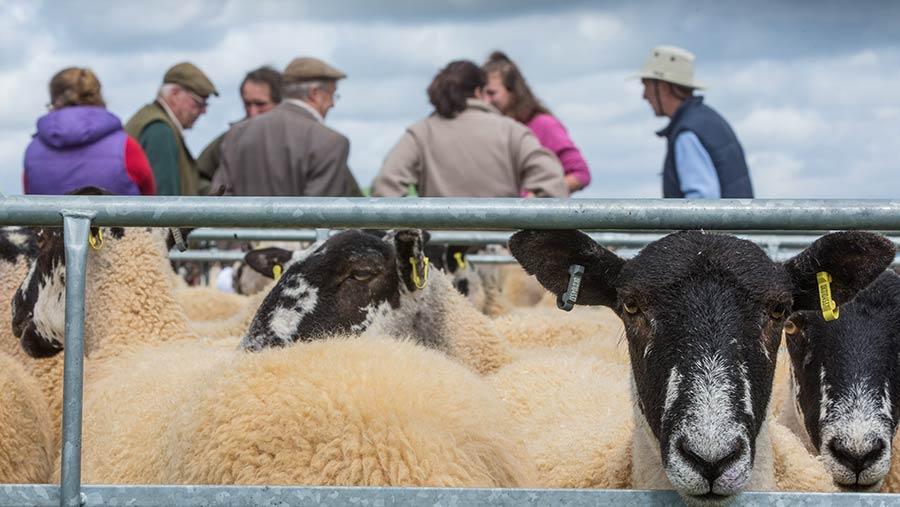 A record turnover was reported by auctioneers at Thame Sheep Fair last week (3-4 August) as averages for many classes lifted on the year and trade broke the £3m mark for the first time.

Prices were buoyed by a £6-£7 lift across Suffolks and Mules and a jump in Beltex-cross averages of almost £30 on the year as about 3,000 more sheep went under the hammer at a 98% clearance.

A run from Messrs Elkington, Northants, topped the day at £218 and also saw £205 achieved. Close behind this was Gore Farms, Culworth, and the Davies Brothers, Llangadog, at £202.

Best Texel-crosses sold to £210 with Gore Farm in the money again and the Davies brothers seeing highs of £194.

Next in the money at £188 twice and then £182 was Messrs R and H Lawrence, Market Bosworth. Garfield Stephens, Kirby Bellars, hit £180 twice and Michael Cross, Blackthorn, saw highs of £179. 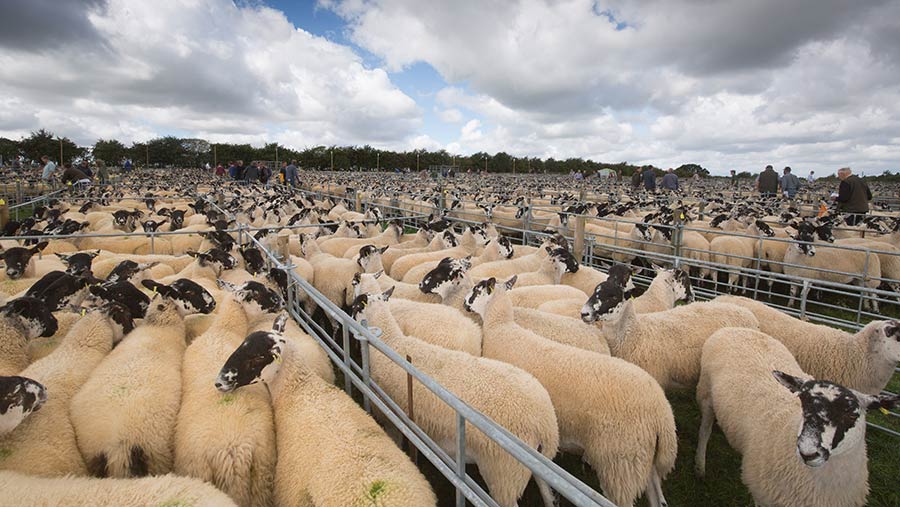 Honours for Mules went to Henry Tustian, Epwell, who had a run at £196, topping the section. He claimed the North of England Mule Sheep Association trophy for the best run as Mules lifted £7.20 to £130.10.

Next at £160 were Peter and David Morris, Brill, followed closely by WJR Haynes, Towcester, at £156. Rob and Caroline Mole, Chearsley, and WH Allan, Hornton, both saw highs of £152.

Suffolk-cross trade was also higher, topping at £158 with another consistent entry from Eddy Bullman, Thornborough. Suffolks averaged £158, lifting £6.90 on the year.

Next in the money were the Moles again at £148, with Messrs Smith and Branson, Towcester, matching that figure, along with Conrad Lester and Peter Hird, Aspatria, and George Eaton, Tingewick. Next best were Alice and Henry Hunt, Hockcliffe, at £147. 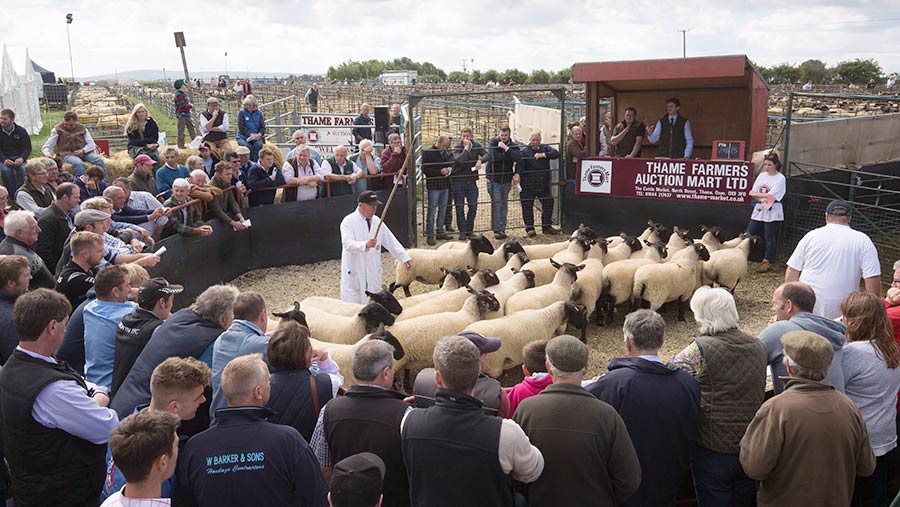 Only Texels back on the year

A much firmer trade this year had been helped along by confidence in the industry coming from prime lamb prices after a “poorer” 2016 sale, auctioneer Simon Draper told Farmers Weekly.

“Many buyers turned to Texel cross Mules last year and they were strong again. However, they were the only class to be down on the year,” he said, adding that three-quarter Beltexes had seen a major revival.

“Fat lamb trade has been strong this time and Beltex-sired lambs have been selling at a premium of about £10 a head.. Generally speaking, sheep were £6-£7 dearer on the year.”