Winning the dairy interbreed at the Balmoral Show for the third consecutive year were the Flemming Family, Seaford, County Down, with their fourth calver Potterswalls Action Daisybelle Ex94.

Sired by Forest Glen Avery Action and out of Potterswalls Jamaica Daisybelle, she last calved in October. She gave 9,000 litres in her last lactation and is projected to repeat this.

In reserve, it was a day of firsts for Brochan Cocoman, Kilwarden, County Kildare, who won the breed championship for the first time with his home-bred Holstein Kilwarden Windbrook Vix Ex90. 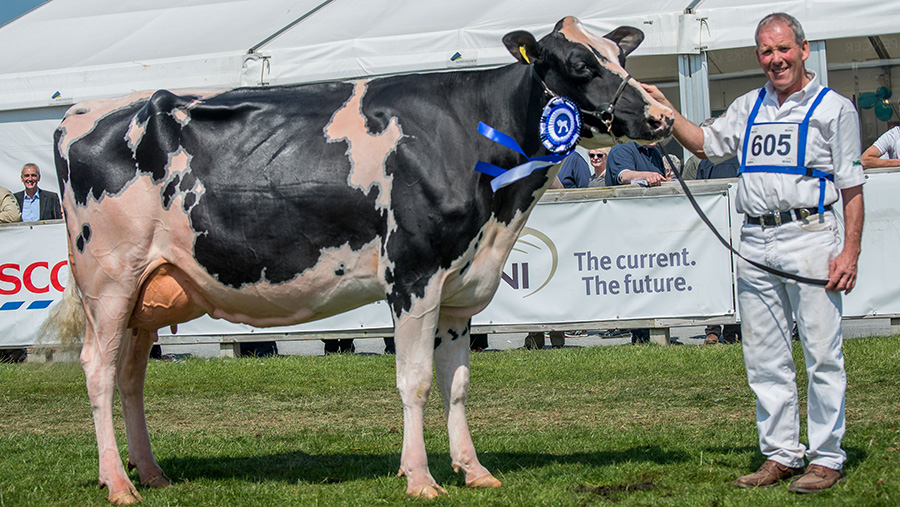 He then went on to scoop the reserve interbreed title under judge Rebecca Jarvis, Harrogate, Yorkshire, who said it had been a “really tough decision” to make.

Vix, a second calver, last calved in November and is giving 40 litres/day.

She previously won her class at the Ulster Winter Fair.