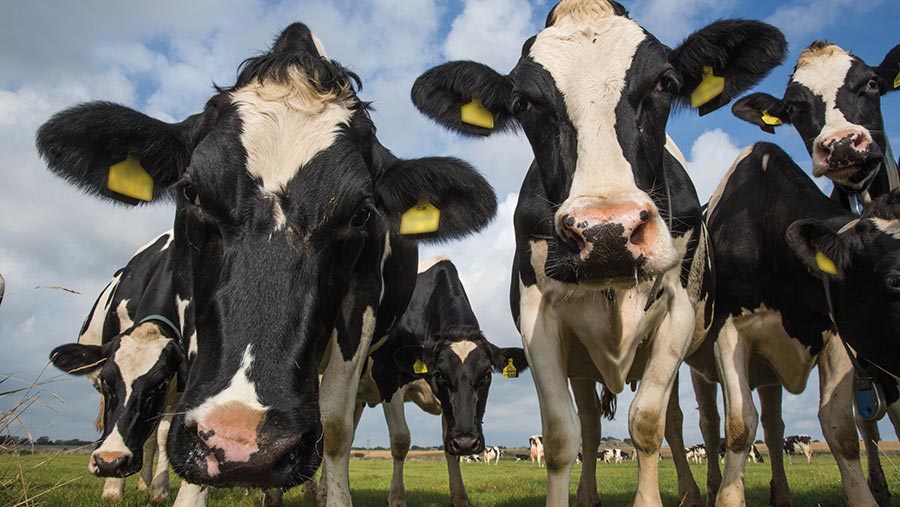 Holstein cows leaving the parlour in good condition are making more than £1,000 following a 14p/kg lift in deadweight price, driven by a tightening of supply.

But record prices cannot draw out enough cows to service demand, with AHDB confirming last week that slaughter was back 4% on the year.

How cow demand changes as the economy reopens and consumers travel and eat out more remains to be seen.

He stressed that sexed semen and genomics in dairying were contributing to dairies running younger herds.

“At £300, a young beef calf is worth about 1,000 litres of milk,” said Mr Hope. He said fewer producers were keeping second-quality cows and were instead capitalising on good cull cow returns.

Cow quality had also improved due to more cows being bought to finish, while rations, breeding and management have all changed, keeping condition on cows and breeding a more solid, meatier animal.

However, he said the trend towards fewer suckler herds was “a worry”.

“You never hear of anyone buying an extra 50 suckler cows like you regularly hear of people putting 50 more milkers on,” said Mr Bowman.

Straight-out-of-parlour Holsteins had made 110-120p/kg, good Friesians about 140p/kg and the best suckler cows were regularly either side of 200p/kg.

“Show calf-producing British Blues and best Limousins take some feeding and 800-900kg cows coming to 220p/kg makes some of that back. Exports to places like Belgium where they know Blue animals and are used to butchering them is helping demand.”

“Thinking your old bull is worth £800 is wrong,” said Charlie Coleman of Frome Livestock Auctioneers. “We are selling lots of bulls for 130-140p/kg and, because of the trade, some vendors who’ve sold deadweight for years have returned to the live ring.”