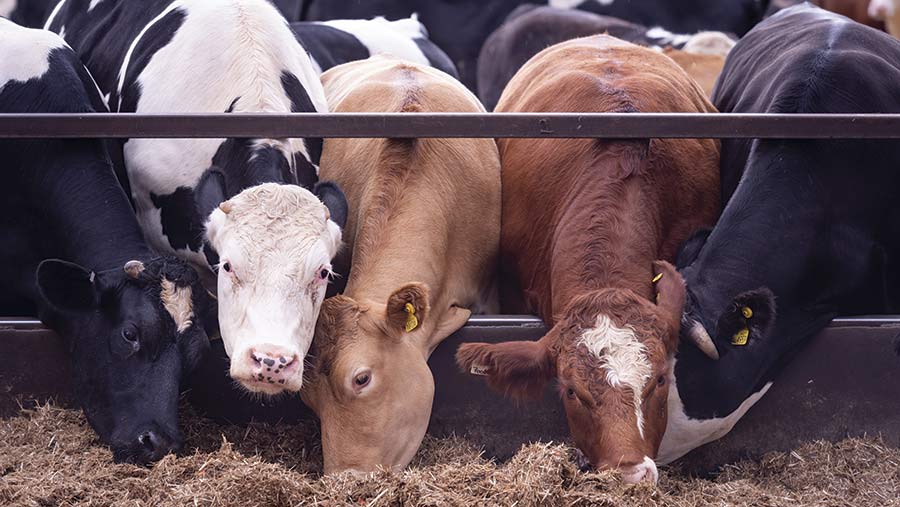 However, auctioneers stress the fall has not been as big as that seen in recent years and are starting to hear of finishers running low on numbers.

This is certainly the case at York Livestock Centre, where Edward Stephenson and the team have noted a firm clean cattle trade.

“There hasn’t been the normal fall away in January there has been historically, and p/kg, cattle are very similar to January 2019,” Mr Stephenson told Farmers Weekly.

“This suggests there are not as many cattle about as there have been – vendors are on top of their cattle.”

Heifers sold well, averaging 209p/kg, which is 2p/kg back on the week but 11p/kg dearer than January’s first sale. Continental-cross steers averaged 200p/kg, back 2p/kg on the week.

Mr Stephenson added that demand for UK beef was being helped by Irish forequarters heading to China instead of the UK.

Prices have started to “hit a wall” at Bridgnorth after starting the year on a solid footing, according to cattle auctioneer Mark Burgoyne, Nock Deighton Agricultural.

He said wholesalers/retail cattle were back 10p/kg last week (21 January) and the overall average was below 190p/kg for the first time for several months.

“The very best cattle are making the equivalent of 400p/kg deadweight, but the bigger they are the more the prices come back in line with deadweight prices.

“Heifers around 500kg hit the window of opportunity that both butchers and retailers want,” said Mr Burgoyne. “If you have good [weight] it pays to get them away sooner because there seems to be a glass ceiling set at around £1,400-£1,450 tops.”